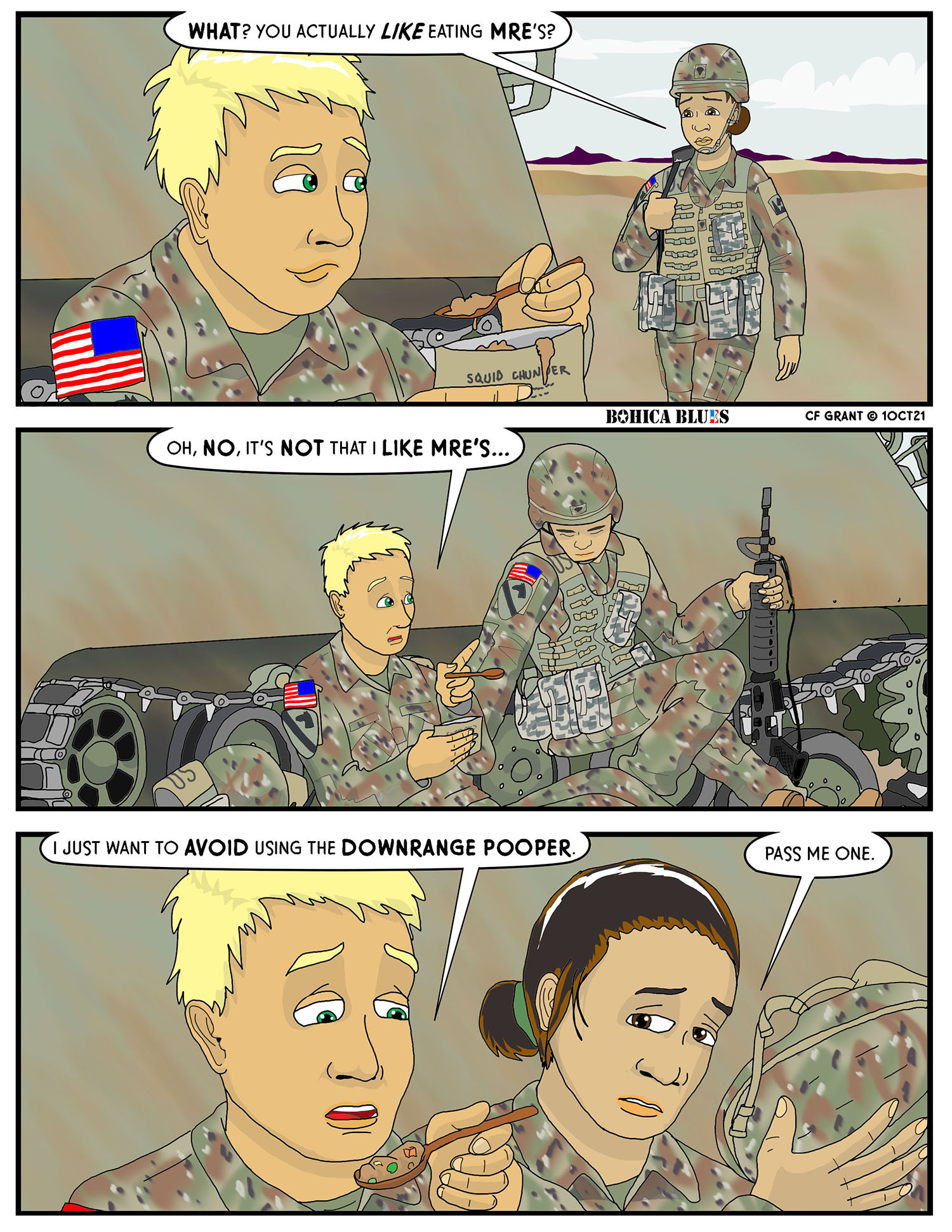 Whenever we go “downrange” (out to the field for exercises) there are porta-potties provided for us. In the old days, soldiers were just expected to go out and dig a hole, do their business, cover the hole, and then get back to training. But over time, and with maneuver areas being used over and over again, poop would accumulate and become problematic.

Eventually, private companies were contracted to go out and provide plastic construction toilets with chemical goop in them for troops to use, and every so often a “poop truck” would come out and vacuum up the goop and clean them.

As you can imagine, however, these toilets can become over-used quickly if there are large groups of soldiers using them for several days at a time. The contractors are supposed to come out more frequently but sometimes it doesn’t keep up with demand. And when you’re in a desert environment, with hot sun beating down on the small plastic boxes, the conditions inside can be pretty intense.

Now, MRE’s –Meals, Ready to Eat– have a reputation for “plugging you up”. The hypothesis is, they are designed to have a slightly constipating effect to minimize the need for soldiers to “go” so much. I have to admit that wouldn’t be a bad idea; after all if you had to go more often then not only does that mean you’re spending most of your time in the plastic stink box but you’re probably also losing fluids more readily as well– at least that’s how I’m guessing, I am not a medical professional or dietician.

Having to “go” downrange is inevitable, and sooner or later we all have to face the conditions in the porta-pots… but if we can stave it off for just a little while longer, then an MRE might be worth it.