The Devil, You Say! 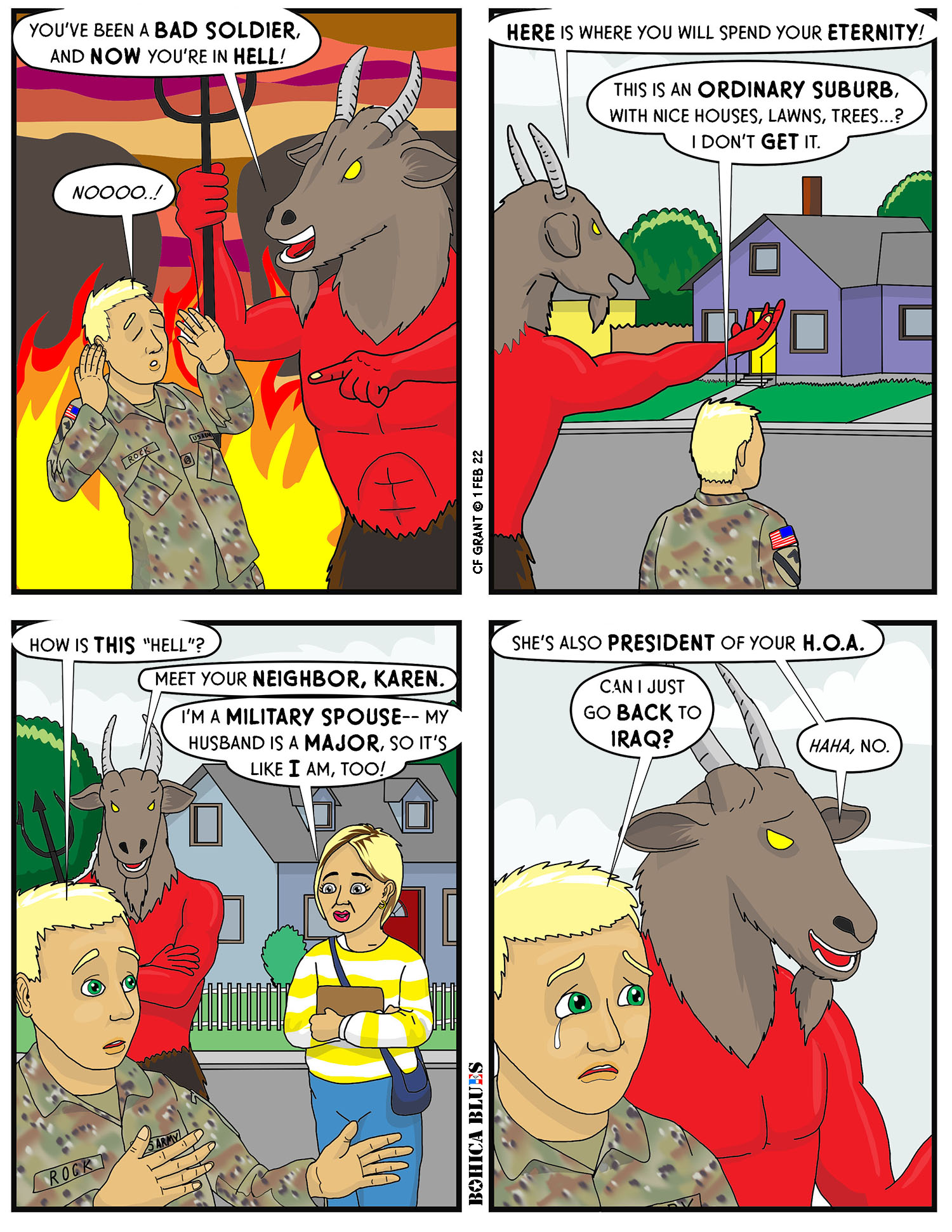 The Devil, You Say!

It has been said that “Hell is other people”. What if that’s all that the “hell” of mythology really is? Bear in mind that much of what we envision to be characteristic of Hell is influenced from Dante’s “Inferno” rather than actual religious source materiel. The lakes of fire, guys with pitchforks stabbity-stabbing people, and so on was mostly some 14th-century Italian dude’s fanfic. As fanfic goes, it is pretty epic; the worldbuilding is fairly detailed with all the concentric rings of punishment and people divided by sin type and severity, and so on.

But what if “Hell” really is just having to put up with other people? No special effects, no expensive and dangerous lakes of fire, no eternal physical torment which the human body and psyche can eventually adapt to. Because people end up at cross-purposes to each other all the time, and often unintentionally. It is an accident of fate that you and that stranger happened to be going for the same goal at the same time and one of you got shorted because there wasn’t enough to go around. If you got shorted, then for a moment that was your little mini-hell; if you were the one that achieved the victory, then you were someone else’s devil, at least for that moment.

If that’s the case, then there is no actual “Hell” as in myth or belief, for we are already in it– all trapped inside, simmering with each other. Anyone into multiplayer online games with a bunch of strangers knows what I mean.

The last couple years have, for many people, felt kinda like hell, or so it seems. If we’re all simmering in here together, and we find ourselves at cross-purposes with someone mostly by accident, maybe we can cut each other some slack a bit… at least every so often. That doesn’t mean having to agree with them or ignore problems, but perhaps realize that not every problem or disagreement has to be charged at head-on right now. We can bookmark it and save it for later if we think it is important, and maybe when we do revisit it, we can add some perspective and think “maybe this wasn’t such a big deal after all; life went on well enough without it”.

I’m trying to de-agitate my life these days. It is hard, because over time (especially the last couple years) I’ve gotten used to a sort of “emergency management” mindset. Yes, some things *do* have to be dealt with quickly; that’s for you to decide. But since we’re all stuck here together for the time being, let’s subvert hell a bit and be a little accommodating.