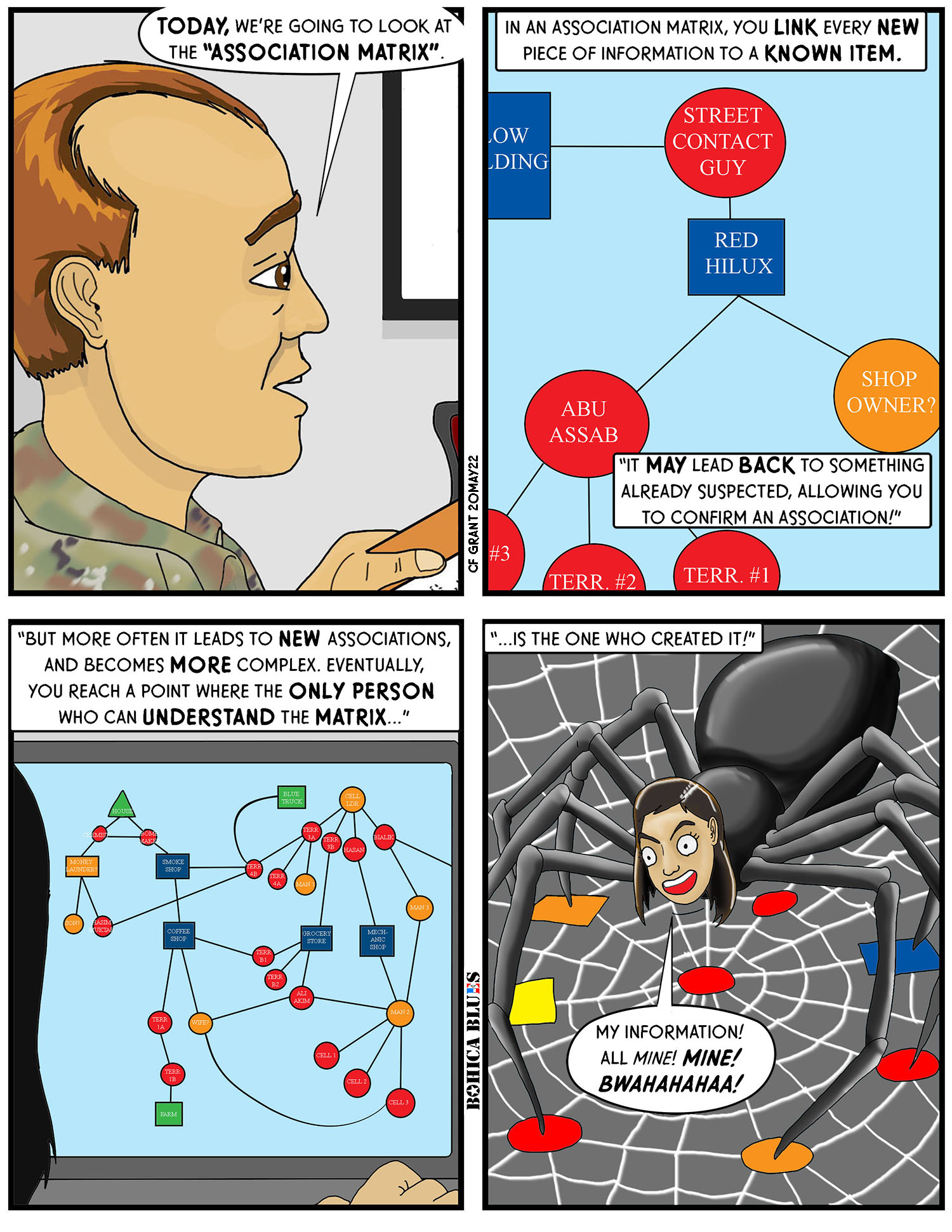 During the Global War on Terror, there was an infamous briefing given–I forget at which level of headquarters, but it was pretty high-up and might have been the Pentagon– and in this briefing there was a big chart, and it was an Association Matrix.

And what an Association Matrix it was! It was immense, and complex, and… indeed, if I may wax poetic about it for a moment, I would go so far as to say that the term “Byzantine” had been coined centuries ago and kept simmering for the sole purpose of being applied to this chart.

It was multi-colored and had lines and connections that reached out like Galactic arms; these lines, used to show how one thig was connected or associated to another thing, wound around the entirety of the PowerPoint slide to tickle associated things on the other side of the image. It was like a harem of drunken snakes were wrestling on a bumper pool table.

But the weird thing was, if you understood what you were looking at, and really took the time to unravel it, that infamous Association Matrix was actually pretty accurate. Therein lies the blessing and curse of the Association Matrix as a concept in planning.

It’s all too easy for Intel Analysts and similar specialists to get wrapped up in this kind of stuff, and lose track of time. I did some familiarity training and ended up working on constructing one of these matrixes from the start, and it quickly became a cocoon of correlation that was mesmerizing… but then I’ve always loved the world-building side of fiction, and this seemed kind of similar.

Enough for now. When you learn something useful, don’t hoard it, share it… with the right people, of course.