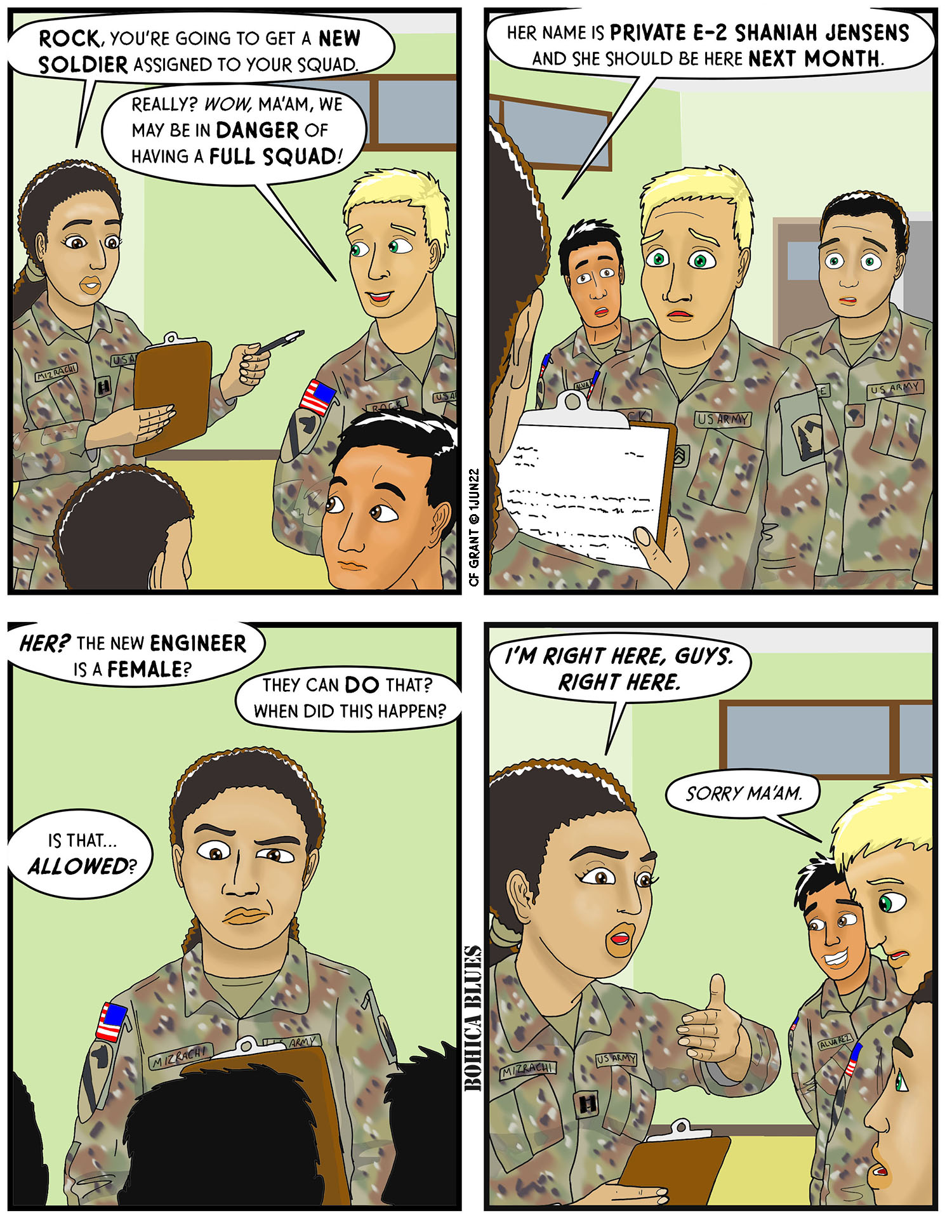 A “WARNO” is a “Warning Order”, and it is basically a way to let people know that something is going to happen soon, so it is best to be ready. WARNOs can be formal, with a proper written format similar to an Operations Order, with estimated move-out times and so on, or they can be informal to the point of being mistaken for casual conversation. I’ve experienced both ends of this spectrum and a lot in between. Personally, I prefer the fairly casual warnos with just the basics, so I know the essentials and can begin gathering myself together– I find the detailed, formal warnos to be “too much information” and I find myself second-guessing assumptions.

Now, Captain Mirav Mizrachi is letting Joe and his squad know about an upcoming change. Having a new soldier come to the unit is usually something known about ahead of time. The Reserves are perpetually under-strength so news of a new soldier coming in is welcome, and as Joe puts it, they may actually be a real squad someday (with three people currently they are still a long way off). But what is really surprising about it, is that the new soldier is a female Combat Engineer.

Now, allowing females to join combat arms is still relatively new. It started in 2015, and while we’ve all had time to adjust to the news, it still sometimes catches people by surprise. Women joining combat arms is still a relatively rare thing so it hasn’t yet been internalized as normal for a lot of guys. Captain Mirav Mizrachi, however, did just that so she could assume command of Alpha Company, 213th Engineers Battalion, a few years ago. She “branched over” from Intelligence so she could hold a company command as part of her career.

But officers and enlisted frequently exist in separate but parallel worlds, and the guys all know Captain Mizrachi as the commanding officer who saw them through their second Iraq deployment. So they see her and accept her as part of the local ecosystem, so to speak, but at the same time they sometimes don’t see what is right in front of them.