Neither Here Nor There 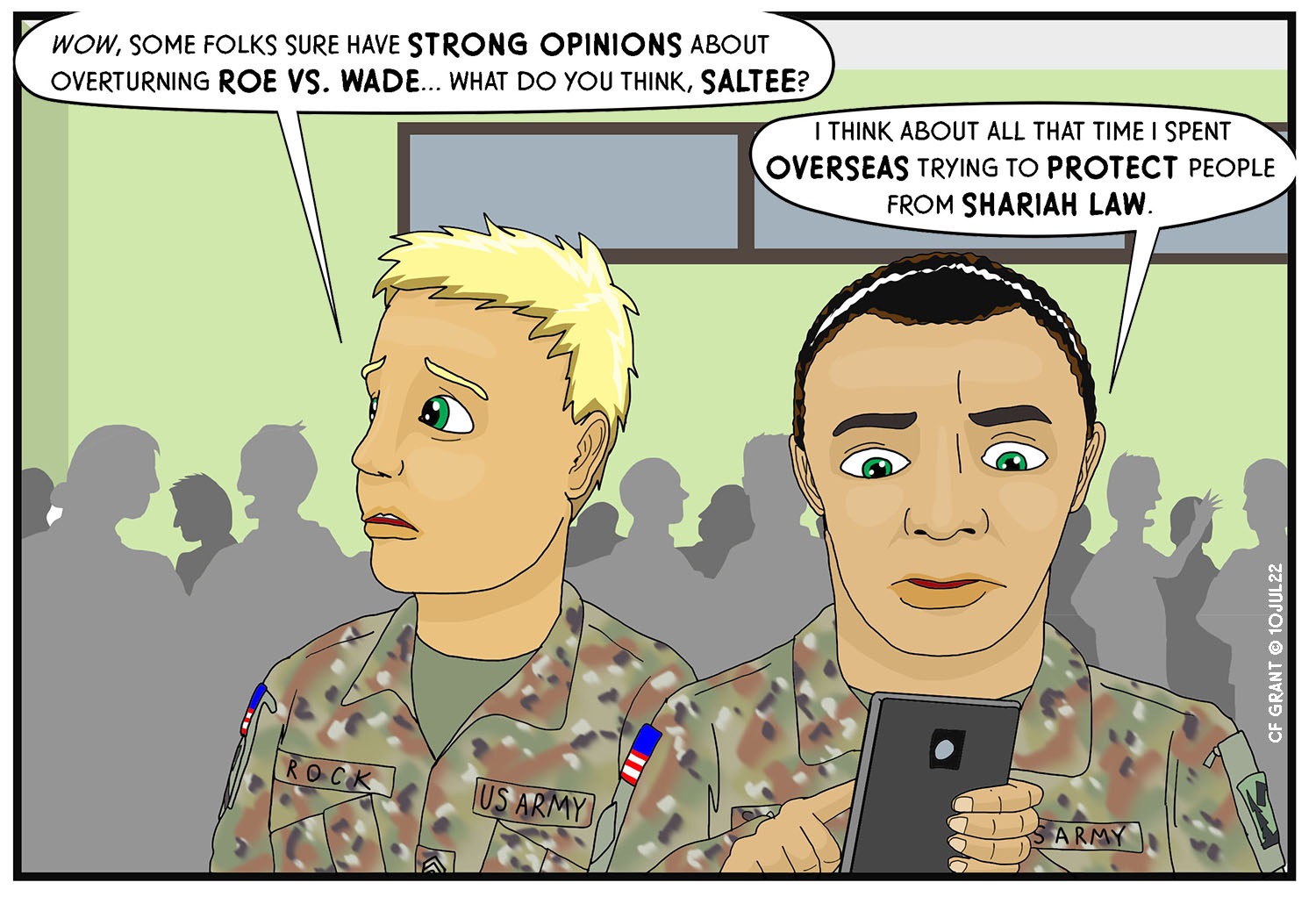 Neither Here Nor There

“Roe vs. Wade” –the law that made abortion legal across all of the United States– was nullified and essentially it was tossed to the states to determine on their own. So it isn’t a blanket, national ban, but it is banned in some places and not in others, and this sure is whipping up debate in a number of circles.

First of all, yes, I’m one of those guys who thinks that women have the right to choose, and while a state may pass a law banning the procedure, all that means is that it will be driven underground– just like some states and cities have passed laws against drugs, guns, and even restrictions on cigarettes & alcohol sales in some cases, but it continues to happen.

A lot of the arguments against abortion are rooted in religious interpretations of morality and ethics– specifically, strongly Evangelical Christian belief systems. It is hard to find an anti-abortion argument that doesn’t, eventually, come down to an argument based from that.

If your religion prohibits you from doing something, then that is your call and I’m fine with that. But if your religion tells someone else –who is NOT a member of your religion– that they can’t do anything, then there’s going to be a problem.
That was one of the (many) stated reasons for the 20+ year “War on Terror” against Islamic radicals: we were supposedly to protect people from strict Sharia’h Law as practiced by the Taliban and other extremist groups. The idea that an extremist religious law could be imposed on an unwilling population was considered ethically unsupportable.

It is also worth remembering that some of the earliest American settlers, the Mayflower Pilgrim colony at Massachusetts in 1620, fled England to get away from religious persecution– and the Pilgrims were Christian, but they weren’t the “right kind” of Christianity according to the King at the time. So there’s an old saw that history may not exactly repeat itself, but it sure does rhyme.

Interestingly, despite Saltee’s statement, Islam (and Judaism) allows for abortion, especially in cases of rape, incest, and threat to the mother’s well-being (not just “life”, but “well-being”). So despite his sarcasm, it is worth note that Islamic Sharia’h law, held up in the West as an example of intolerant tyranny, is actually less far-reaching and invasive than the current restrictions being writ in many states.

Societies are best served, IMO, when religion is left out of the day-to-day politics of running things. We have enough ways to divide ourselves from one another over economics, sports, and whether every entertainment studio really needs its own individual streaming service.