Office of the Bureau of Redundancies Department 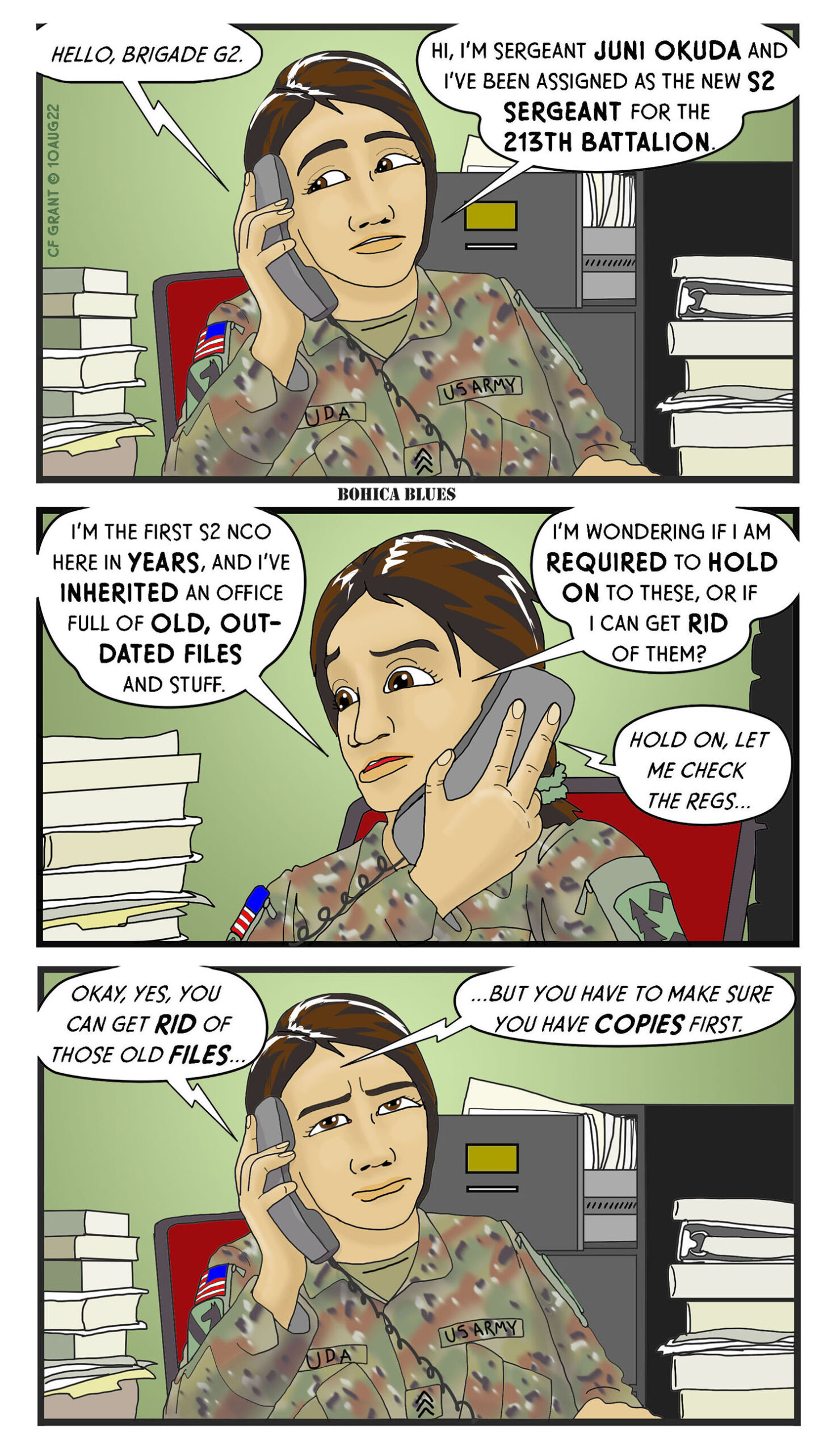 Office of the Bureau of Redundancies Department

The Army runs on bureaucracy, they say… but the truth is, any large organization loves to immerse itself in bureaucracy. It just seems that the Army bathes in it up to its neck.

I can’t count the number of times I have found an old field manual or technical manual tucked away in some forgotten closet or office. In fact, I’ve found whole libraries of old manuals tucked away, outdated, long since surpassed by more recent editions, but saved anyway.

Some of it may be laziness, sure. And some of it may be a misguided sense of prudence– after all, most (or at least some) of that information is still applicable, right? And I think a lot of it is just inertia: it was probably a very important manual to someone once; they had to refer to it several times a day, and they felt comfortable with it…. so they can’t just chuck it.

This problem has started to clear up since most Army manuals went online and are electronic, and older editions are simply replaced automatically. But a lot of old manuals are still out there, and of course we all know That Guy/Gal that just have to have a printed copy of EVERYTHING… which ends up getting stored away somewhere, with some once-important notes scrawled on it by hand, and never referred to again.

Unfortunately, with Intelligence, a person may have to be careful disposing of old papers. Some of it may be Secret or have PII (Personally Identifiable Information) on it or something. It may all have to be disposed of in a special way, and that also means filling out paperwork on the destruction progress so it can be confirmed that it was done properly. That is a hurdle to casual cleanup.

And of course, Army bureaucracy never wants to let anything go unless there’s a replacement for it, so guess what? Hang onto that stuff; just replace the crinkly, faded old yellow pages with fresh, clean, newly-printed copies of the same old stuff from 1988.