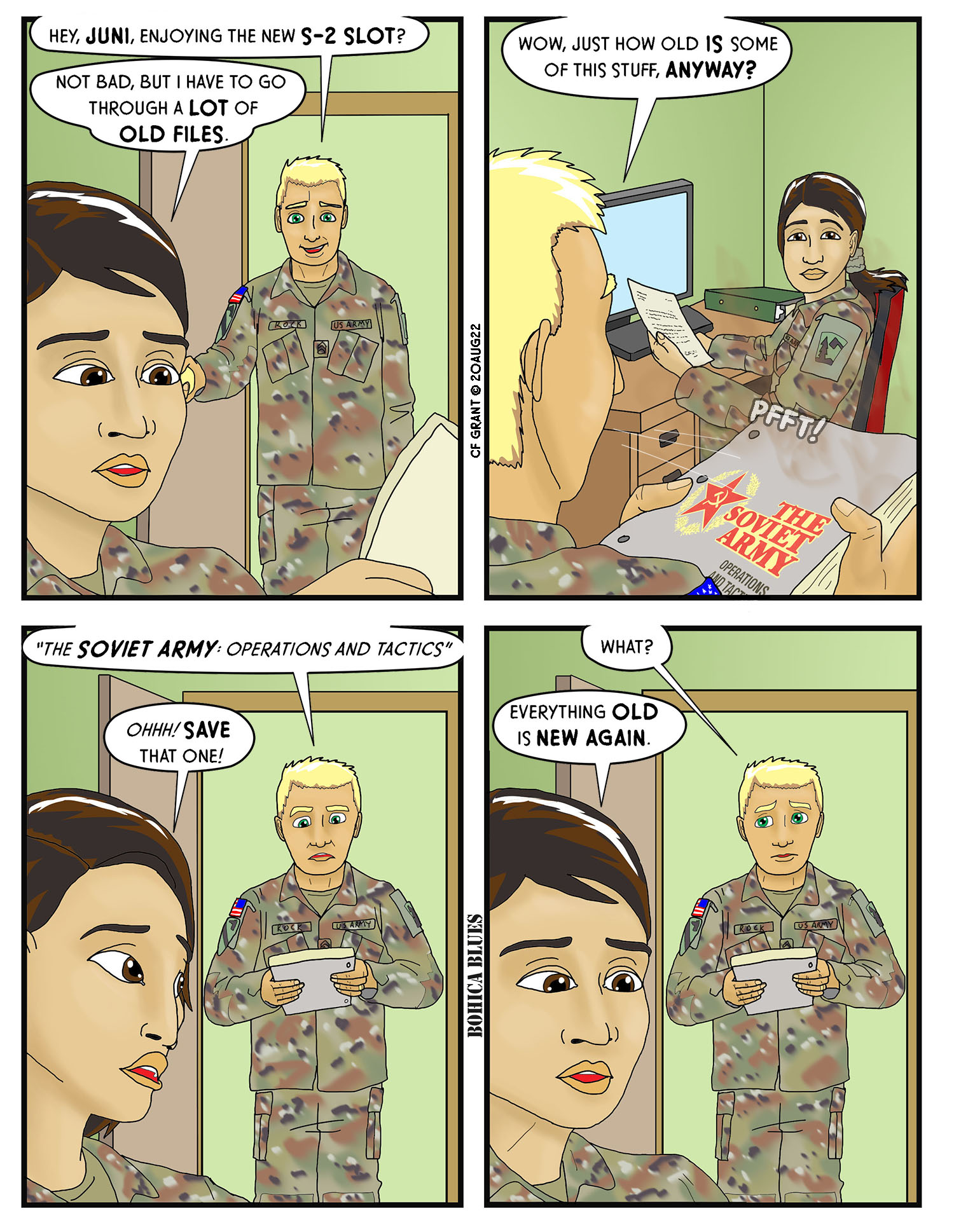 A Staff position is frequently referred to as a “slot”– an opening for a job is a slot, and you fill that slot to make the overall piece whole. It kind of alludes to how soldiers are expected to be able to fill in any job with the right amount of training… call it “a cog in the machine” or “plug-n-play” or whatnot. Juni has taken “the S-2 slot” so Joe stops by to see how she’s doing with her new job.

There are sometimes families serving together in Reserve and Guard units– parents and kids, siblings, married couples, you name it. Command keeps them from serving directly with each other so that you’re not able to show favoritism (or allow arguments from the home play out in a professional setting). In such an environment, couples should not refer to each other by pet names or call each other “honey”, or “baby” or whatever, but using first names is usually okay (you can’t show a pattern of over-familiarity, though).

In Juni’s office are a bunch of old manuals that refer back to the Soviet Army, during the days of the Cold War. In fact, the manual that Joe is holding is a real manual that was published Back In The Day (FM 100-2, IIRC, if you want to look it up yourself).

Now, with the Russian Army acting aggressively towards its neighbors, and with the US military and NATO taking a keen interest in events in Ukraine, a lot of the old Soviet-era stuff is being dusted off and looked at again. The Russian Army has changed a bit since then, but most of their doctrine, as well as tactics, techniques, and procedures, still mirror their earliest incarnations from the time of the USSR.

You know, usually it is fashion that goes around and comes around. But I guess trendy retro vibes can be applied to military operations, too, if people feel like they “missed out” on the fads of the past.