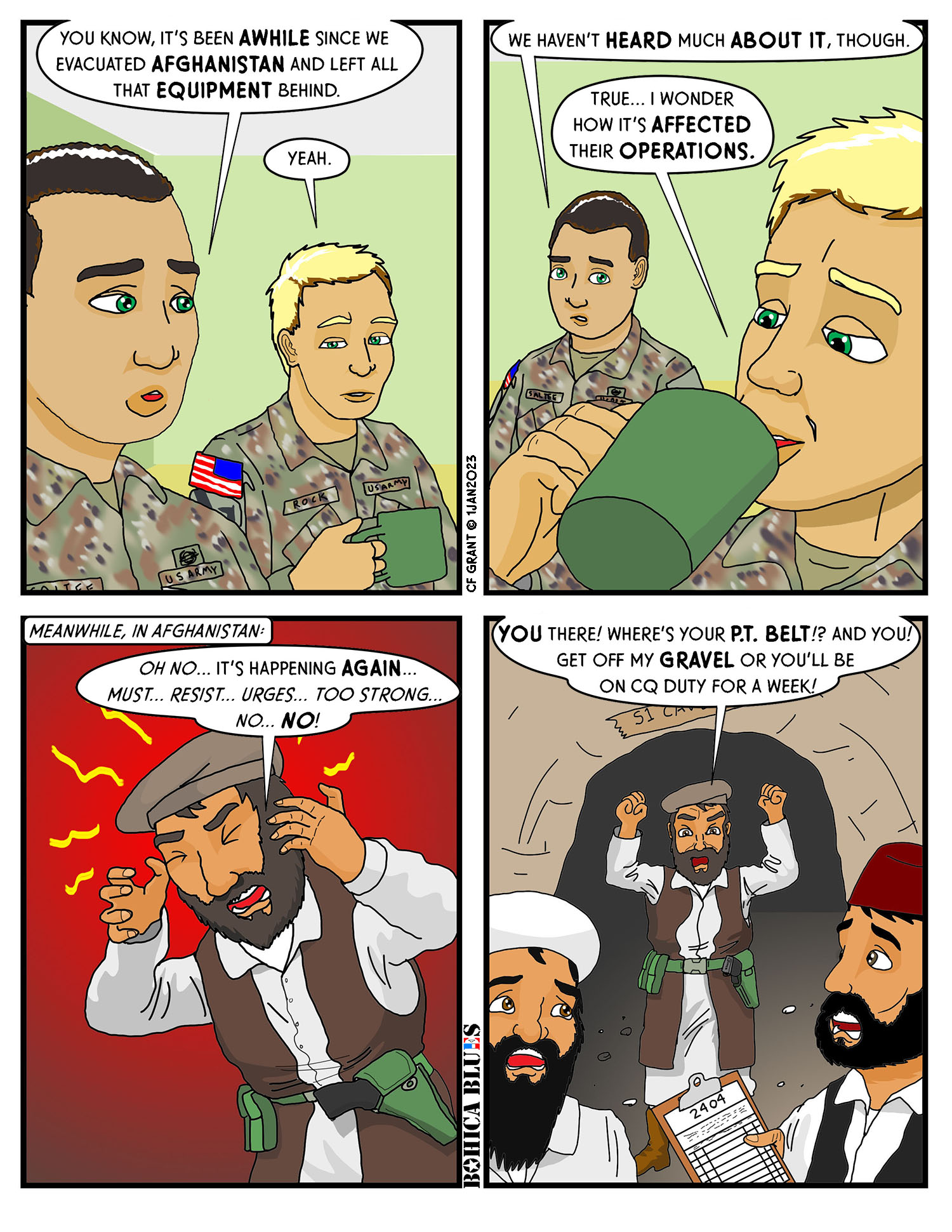 One important part of planning is to consider the “follow-on effects”. It’s the military planning version of the notion that for each action there is also a reaction– once you do something, there will be after-effects, and those after-effects will have to be factored in as well.

But sometimes, after-effects are hard to quantify. Things like soldier morale and “will”; how a policy will force social change (even if only on a small scale)… pretty much anything where intangible human feelings can factor in are almost impossible to determine until they happen. A real-world example is the current Russo-Ukraine War, where Russia is pounding Ukrainian civilian infrastructure in an attempt to weaken support for the war, but it seems that the opposite is happening instead, and Ukrainian resolve is hardening.

Meanwhile, in Afghanistan, the United States left behind a lot of equipment, and in many cases, trained local personnel who were initially taught to work with and use that American equipment. While it is said that “form follows function”, is it possible that the reverse could be true… that there’s something about the structure and nature of that American military gear that will infect the mind with the same brainworms of bureaucracy and Sergeant-Major-ish hijinks that seem to have rooted themselves deeply into American military culture?

When you start to use your adversary’s gear, you start to learn from it, and understand it, and eventually train your mind to go down the same pathways needed to operate it. How soon before it’s PT Belts and CQ duty for every Hassan and Mohammed that walks across the self-appointed Sergeant-Major’s gravel?