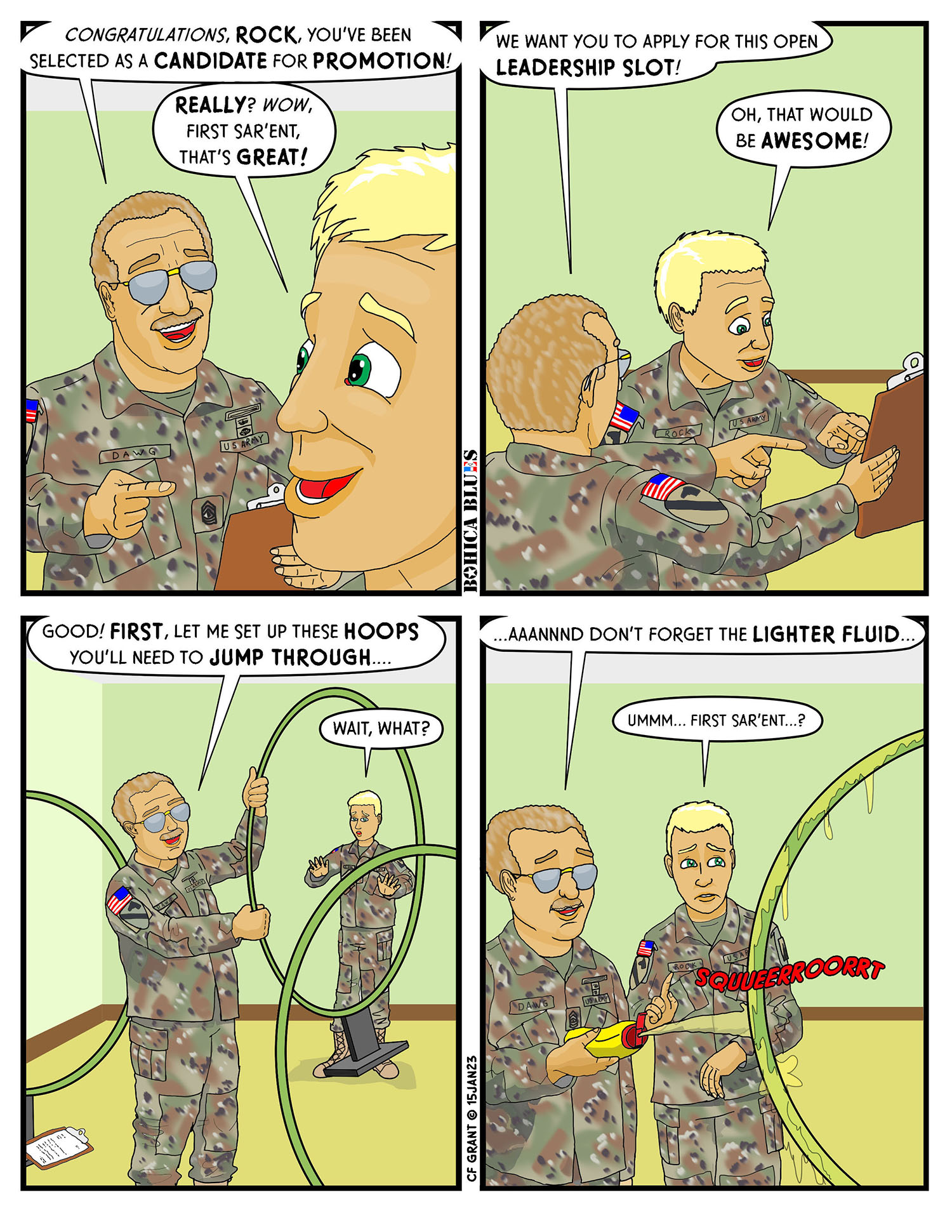 When you’re told that you’re going to get a promotion, you have to go through all these performative steps. This is true in both military and civilian life, but it seems especially prevalent in the military (at least to me).

If the candidate is already identified as a qualified performer and meets the criteria, why not just give the promotion? I’m sure there are reasons, and probably they started off as well-founded. Favoritism, cronyism, nepotism, and similar things might have been problematic in the past.

Of course, there’s also the possibility that it was just something more benign, “familarity”. People get comfortable with other people they work with every day, even if they are in a superior-subordinate dynamic. If two people are up for a promotion or other award, and one is a person you’ve worked with for years and know fairly well, and the other is a stranger from another department who may be a perfectly capable performer but you couldn’t pick him out of a crowd, well it just seems to be human nature to award the person you know– cronyism isn’t intended, it’s just that “hey, I *know* this guy; I’ve seen him work and can vouch for him”.

But still, it is weird sometimes. I know that in the many civilian jobs, in order to get a promotion you have to not only re-submit your latest resume and actually apply for the job as if you were brand new, but you also then have to go to a website that asks you to basically re-submit everything that you already put on your resume, sentence by sentence all over again. In the military there are checklists of schools and academies attended, training certificates, a review board, and so on.

Sometimes it is easier to just find a comfortable spot and stay there.