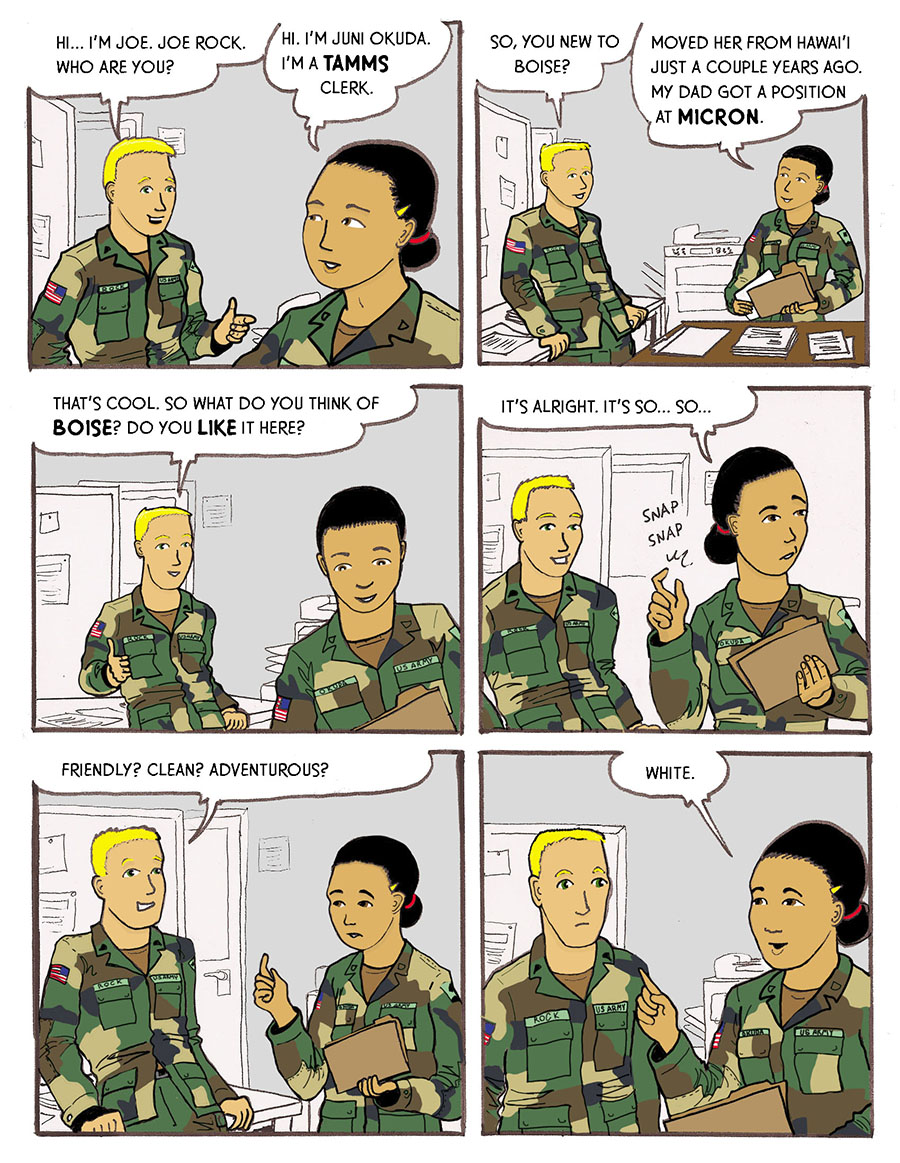 I posted many comics within a few hours’ time to get the ball rolling quickly. “Meet Juni Okuda” was one of them.

TAMMS: The Army Maintenance Management System. Basically, it is how maintenance is documented, receipted, etc. It’s not really important to know this; I just wanted to give PFC Okuda a logical function in the 213th. While there’s a lot of women in the Army, it is still largely a male-populated world. And Combat Engineers, as a “combat support” type of organization, won’t have as many women as other units that are more administrative.

Juni’s dad works at a place called Micron Technologies, which is a big employer in Boise that produces a lot of different things for the tech industry. Around Boise, all you have to do is say “Micron” and people know what you’re talking about. Moving from Hawai’i, one of the most ethnically diverse places in the world, to Boise, Idaho, would be something of a shock.

Comic Notes: Not every comic that day had a commentary. In fact, most did not for the first several pages.