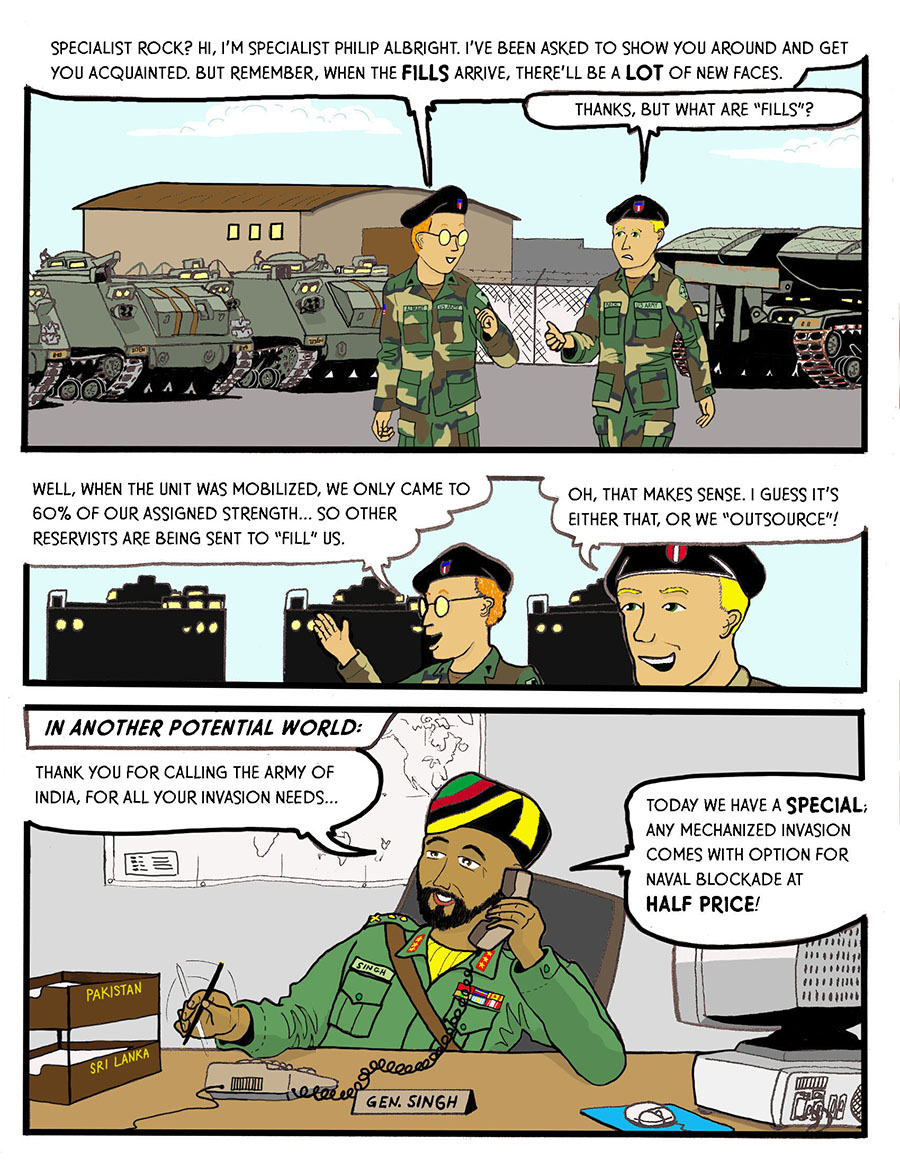 “Fills” happened a lot in the Army Reserves during the time of the Iraq War. An Army unit is expected to have a certain number of personnel within its ranks in order to carry out their duties, and when some Reserve units got mobilized they didn’t have enough people to fill those ranks. So Reservists from other parts of the country were sent to “fill” the empty slots.

In BOHICA Blues, the unit being mobilized is the fictitious “213th Engineer Battalion” in Boise. Now, they’ll get “fills” sent tot hem from around the country, so there’ll be soldiers from Pennsylvania, New Mexico, California, and so on.

In the real world, there was a unit in Pennsylvaia that was mobilized, and I was sent as a “fill” to that unit. For the comic, I turn this around.