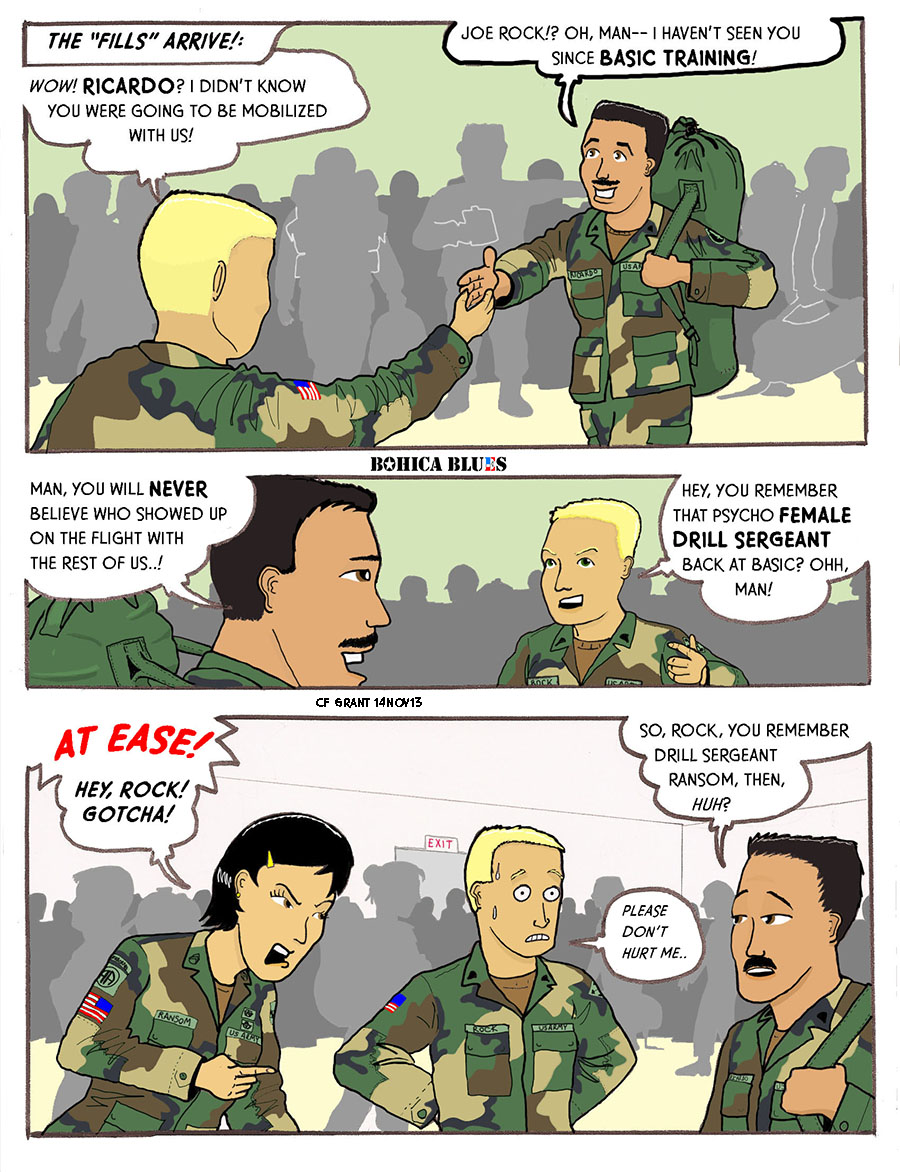 The person who shapes your first experience in the Army is a Drill Sergeant. And years later, you’ll always feel just a bit on edge if you meet them again. Is my uniform right? Did I miss a spot shaving?

Staff-Sergeant (“SSG”) June Ransom is that person for Joe Rock. Typically, soldiers coming into Basic Training (or “Boot Camp” for the Marines and Navy) will be divided into groups called “platoons” of about 30 to 40 soldiers each. That platoon will be trained by two Drill Sergeants. Usually, one will be the “mean one” and the other will be the “slightly sympathetic one”. They’ll probably switch back and forth with each new group of student-soldiers that arrive. June Ransom was the “mean one” during his time in Basic.

Rock’s friend is Jorge “Junior Ric” Ricardo. His father is also named Jorge, so as far as the Drill Sergeants were concerned, he was “Junior Ricardo” or “Junior Ric.” It’s a bit of an inside joke– in Basic Training, at least when I went through, any recruit could be called “Joe Rock” at any given time as a sort of shorthand: “You, there, Joe Rock! Get over here!” And “Joe Rock’s friend” (anyone standing next to you) became “Junior Rick”. I used these generic names for recruits for the two primary characters in BOHICA Blues.