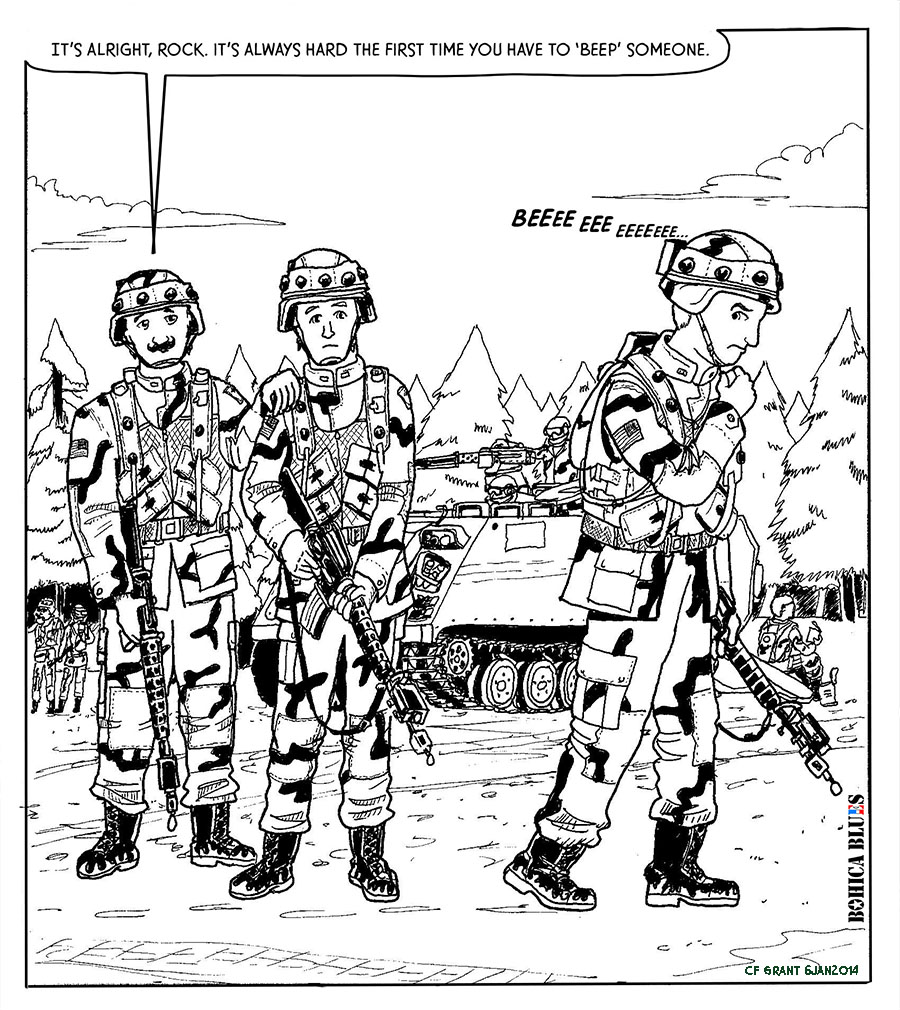 An announcement: Today’s comic is in black and white. Why? Because devoting time to coloring two strips is seriously eating into my family time. I have never worked in color before BOHICA Blues– ever. I originally wanted to produce 3 strips a week, on Monday, Wednesday, and Friday, but limited myself to just 2 because working with color was new to me.

Turns out that was a good choice, because doing all sorts of little details in color turns out to be hard. So I am offering a compromise: I will do 3 strips instead of 2, but Monday and Wednesday will be in black & white, with the Friday “weekend edition” in color. So you’ll actually be getting more BOHICA Blues, just not all in color. It’s better than my other alternative, which is to do one strip a week in color. I can actually turn out black & white in better detail, and when I did the strip in Iraq, it was in black & white. So in a way I’m getting back to the comic’s real roots.

Meanwhile, this one is slightly political, or perhaps philosophical.

When we train with MILES gear, we’re playing laser tag. Your laser emitter will hit a sensor on someone’s harness, and they will get a shriek that goes off from a speaker next to their ear. The only way to switch it off is to take a key from your weapon laser and insert it in the harness. It deactivates the weapon and shuts off the howl.

And we enjoy the game. It is played for bragging rights, or maybe a beer sometimes. But then one day, at Mobilization Station, it really dawned that we’re getting ready for the possibility of the real deal. It won’t be a game being played for bragging rights; the next time we do this we won’t just trip a laser and give someone an annoying, ear-splitting beep from their sensor harness.

It’s one of those moments when you can feel the ground shift beneath your feet just a little.