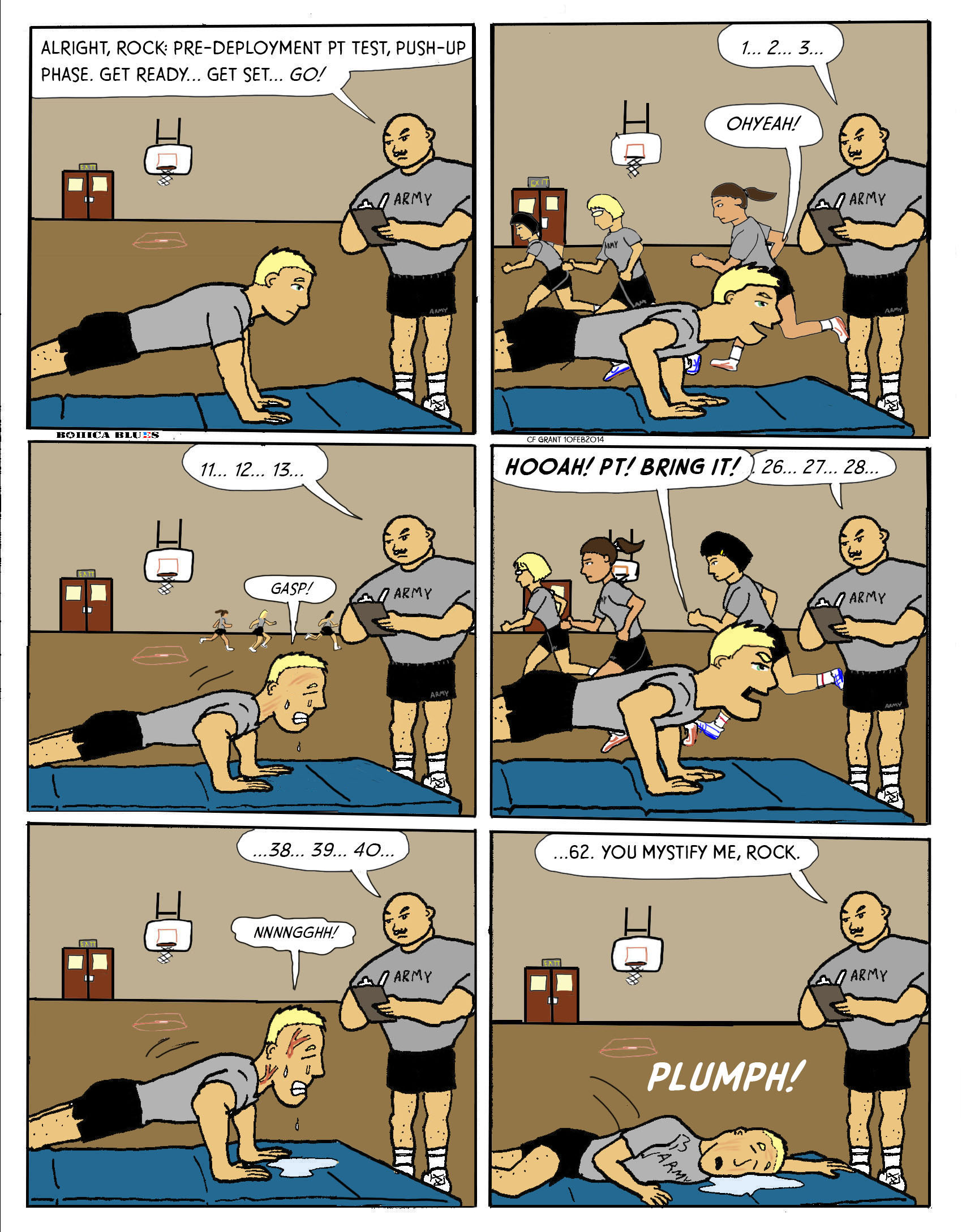 August, 2015: The whole purpose of Mobilization Station is to get us ready for our deployment. Reserves, like the National Guard, only train one weekend a month and a couple weeks during the year, typically in the summer. So it is expected that if we’re called up for deployment, we’re a little rusty. Mobe Station is supposed to fill in the gaps and get us “up to speed” so we’ll be ready to pretty much “plug-and-play” as soon as we get to our destinations.

We not only have to get taught about our actual deployment area (Iraq in our case) but basic military skills such as rifle qualification, and of course the PT, or “Physical Training” test. You’re given two minutes to do as many push-ups as you can do, then another two minutes to do as many sit-ups as possible, and then there’s a two-mile run. Some people struggle with the PT test since their “day jobs” are sedentary. Others pass with ease, because they have the right motivation. Joe doesn’t enjoy the PT test but he’s not letting the females know that.

We can’t leave Mobe Station until we pass all our tests, PT among them. And of the unit collaborates to fail their PT tests and not deploy? You don’t get to go home; you stay and keep training until you do pass, then you go for the year that you are allotted to serve in the deployment. The easiest way to get through it… is to just get through it.