You Know What We Could Use Around Here? Some SOLDIERS! 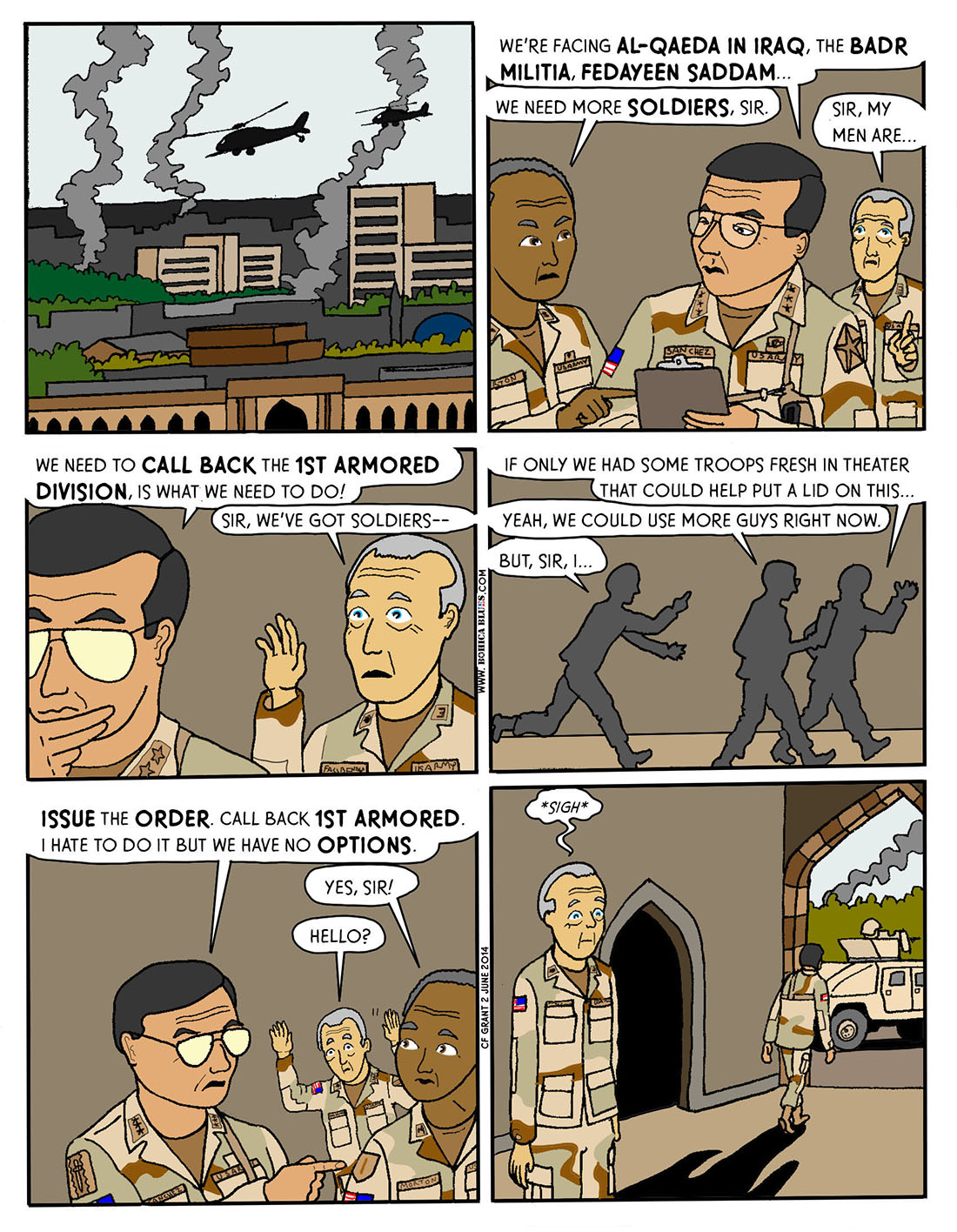 You Know What We Could Use Around Here? Some SOLDIERS!

2 JUN:
Shortly after we arrived, a lot of resistance bubbled up in Iraq. The 1st Armored Division was pulling out and already mostly on the way to Kuwait when things went crazy. Four American civilian contractors were attacked and killed (pretty brutally, too) and there was fighting everywhere, especially in and around Fallujah. We steeled ourselves to go in and do our jobs but the higher-ups in command decided to call back 1st Armored Division (among others) instead.

Now, there are reasons for that; they were just recently in the region and knew the lay of the land, and they were already combat-proven. But it also meant calling back a bunch of guys who’d already put in their time and done a lot of heavy lifting. We had just shown up and were willing to shoulder the burdens, but we were told to sit tight.

Now, rationally, you think “any chance to not get shot at is good” and technically you’d be right. But like I said, it is like being told to sit and watch while someone else does really hard work– and you’re going to benefit from their results when the job is done. There’s an emotional component to sharing the hardships, even though those hardships really suck. Being left out, while smart and safe, was also frustrating.