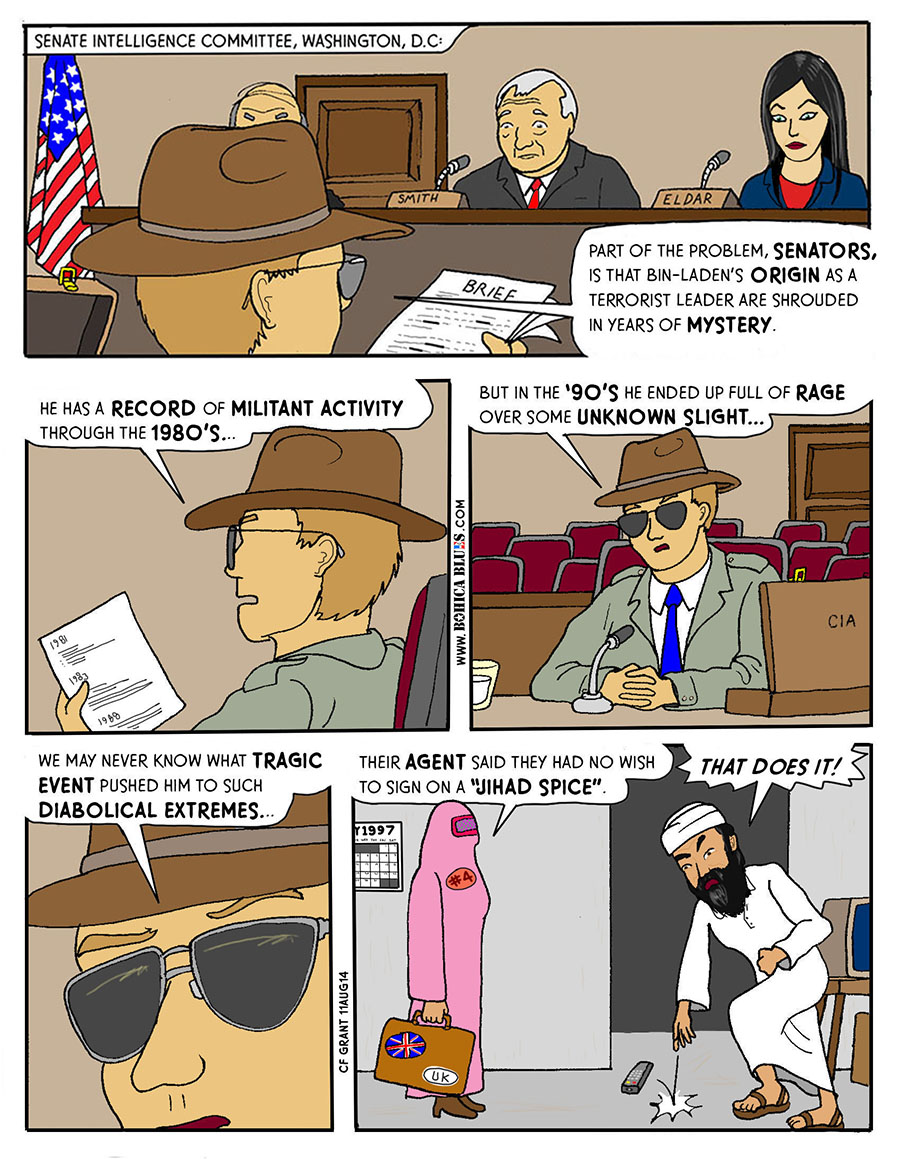 11 AUG:
If you remember the late 90’s, then you remember the Spice Girls. Even if you didn’t listen to their music, or didn’t like their style (or them), or even if you didn’t care, they were hard to avoid. Posh Spice, Baby Spice, Sporty Spice, Scary Spice, and Ginger Spice– the band was huge and 1997-98 was when they really exploded in popularity. And the story goes that the band was formed by all these women answering an advertisement in a newspaper.

It was also around that time that Osama bin-Laden’s career as an international terrorist really began to take off. I’m sure it’s purely a coincidence, but… who knows? If only the Spice Girls had room for one more… who knows what would have happened?

#4 must have been particularly close to him.