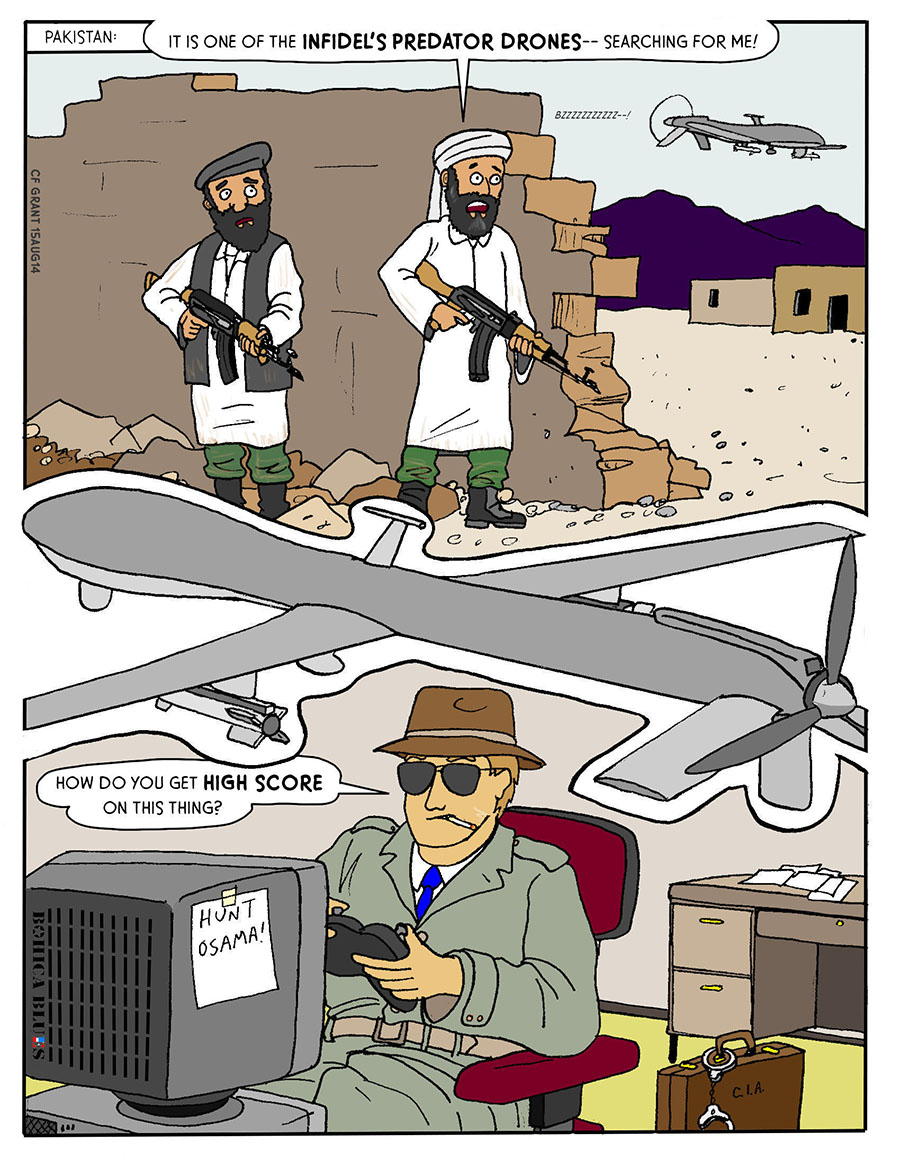 15 AUG:
Of all the weapons in the “War on Terror”, the drone seems to be the most symbolic. Despite being little more than a souped-up model airplane, drones have had an outsized effect on the wars in Afghanistan, Iraq, and elsewhere. No doubt they will be looked back on in history in much the same way that the massed B-52 strikes of Vietnam were– pundits will say they were effective, both tactically and psychologically; critics will say they were too readily applied for every instance, and used as a blunt instrument.

Anyone who remembers the “video-game like” atmosphere of the 1991 Gulf War saw where technology was going. The “smart bombs” and precision munitions were pointing towards eventual development and deployment of the drone. Drones are certainly useful, but sometimes I wonder if, the more you remove people from direct observation, the more abstract the battlefield –and people on it– becomes to them.