And What Have YOU Been Up To? 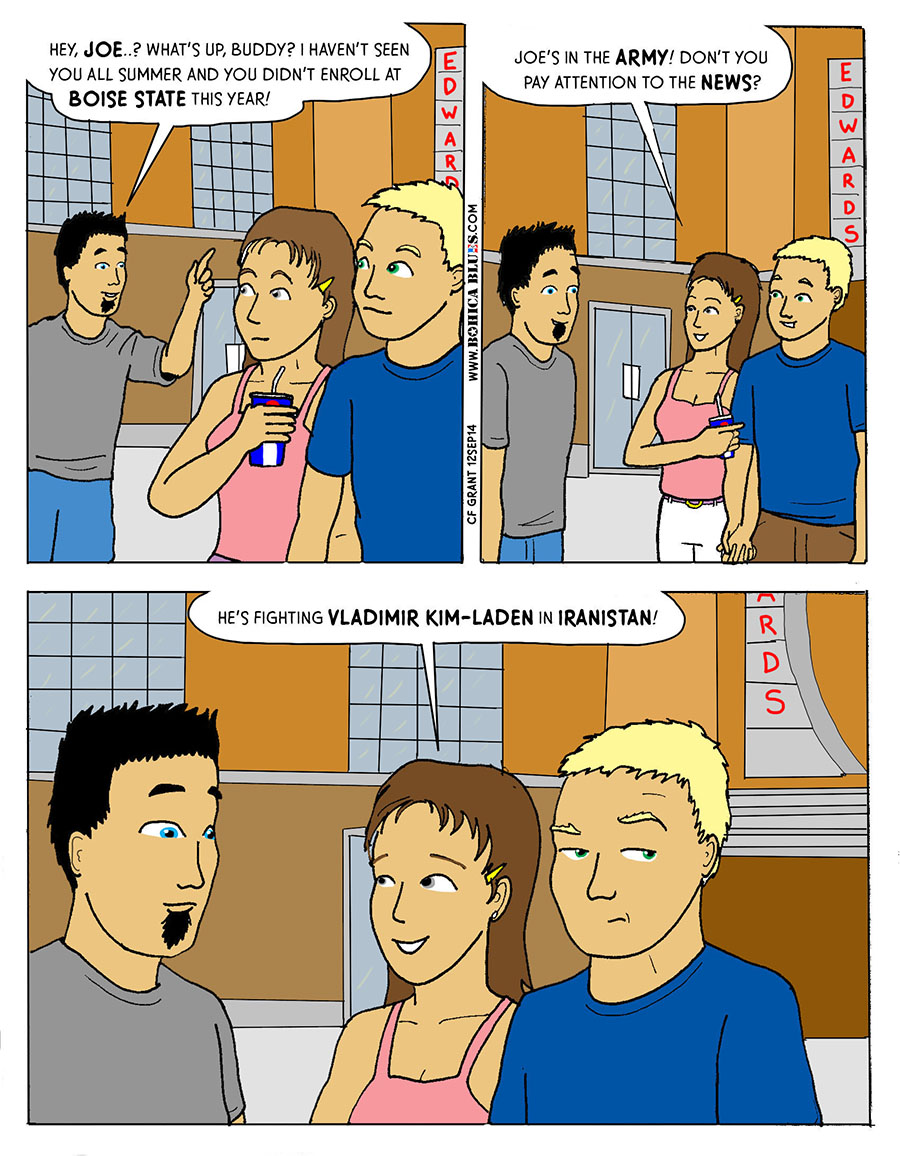 And What Have YOU Been Up To?

12 SEP:
It was odd coming home on leave; hardly anyone seemed to know what was going on. Many people weren’t even certain of where, exactly, we were fighting. They couldn’t place “Iraq” or “Afghanistan” in context (although Afghanistan was, generally, easier to understand due to 9/11), people asked if I had been in Iran. I suppose, in a way, it reflected a lot of uncertainty in society about the war. It was frustrating at the time, because while there was a lot of “Support the Troops” mentality, it felt like no one knew what they were supporting us to do. Other people may have had different experiences, but overall it seemed to me like the war was a distant thing, almost on another planet or a fascinating TV series everyone was watching but were ultimately disconnected from.

The civilians Joe is interacting with are various people he went to BSU (Boise State University) with. They’ve gone on with their lives and can’t really understand Joe’s experiences, and he’s beginning to realize how far he’s strayed from the back-home ideals of normal. I still give them names and have ideas about their backstories in case I decide to keep BOHICA Blues going after I run out of “deployment” material. I can keep the military story going for 2-3 years easily, but eventually Reservists come home and I haven’t decided yet if I want to pursue their after-Iraq lives. Maybe I’ll just let it continue, like M*A*S*H did with the Korean War, where a 3-year conflict was portrayed lasting far longer, and they just never come home.

The art: this is another cartoon I didn’t do a background for, because I thought I’d have really nice, detailed backgrounds ready for it. I put this together slightly more carefully than the crappy malformed boxes of Wednesday’s comic, but not by much I admit. I intend to practice this weekend and see what I can do. I may just go back to drawing regular backgrounds on my paper before scanning, and just working off photo references. Too bad; I like the the results I had for the 8th Street picture.

This was the photographic reference I was going to use to make a background for this comic, a section of the “BoDo” (BOise DOwntown) District:

I hope to have the backgrounds ironed out one way or another soon. Thanks for your patience!