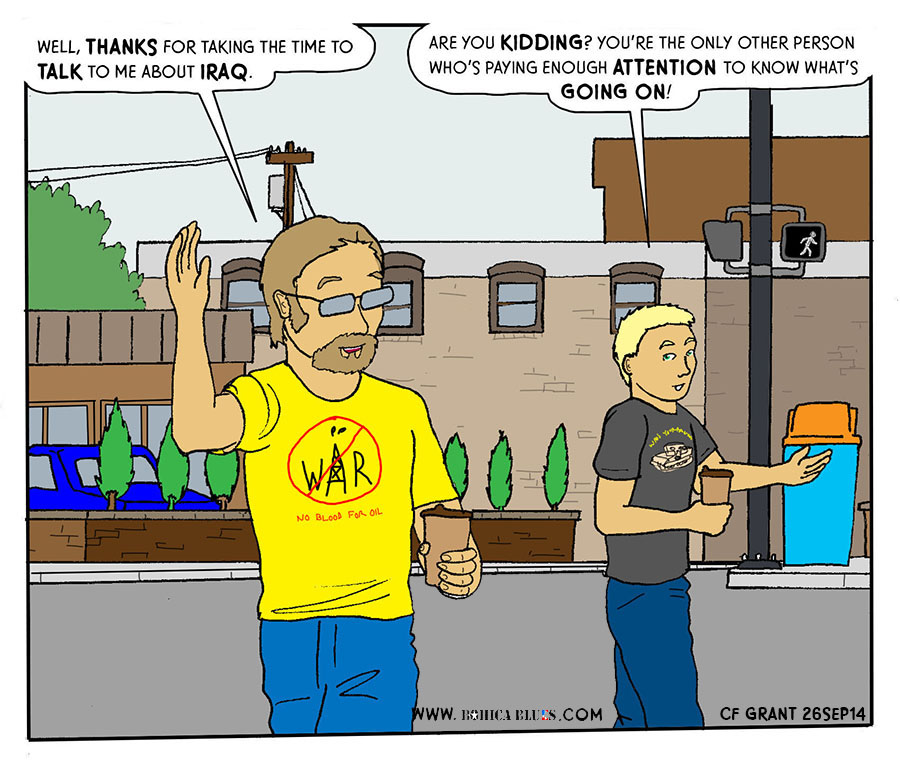 26 SEP:
So, again, individual experiences will differ, but I found that the most reliable sources of useful conversation came from either people directly involved with the war (mostly military, but also contractors) and people who were actively opposed to it. Of course, each group came with its own points of view, judgments, and so on, but these two groups paid attention and knew most of the issues, even if people within those groups had different interpretations of what they meant. To varying degrees, civilians who came from military families, or families who were active in the anti-war movement, were relatively aware of the issues as well.

The average civilian fell in a spectrum– from actively ignoring the news (frequently because it is “depressing” and I admit I can’t argue against that; it is often depressing or frustrating) to well-meaning and trying to keep up but getting a skewed view from a sensationalist media that gave the image that everyone in Iraq was constantly hip-deep in blood, fire, and corpses (which attracts viewers for the advertisers).