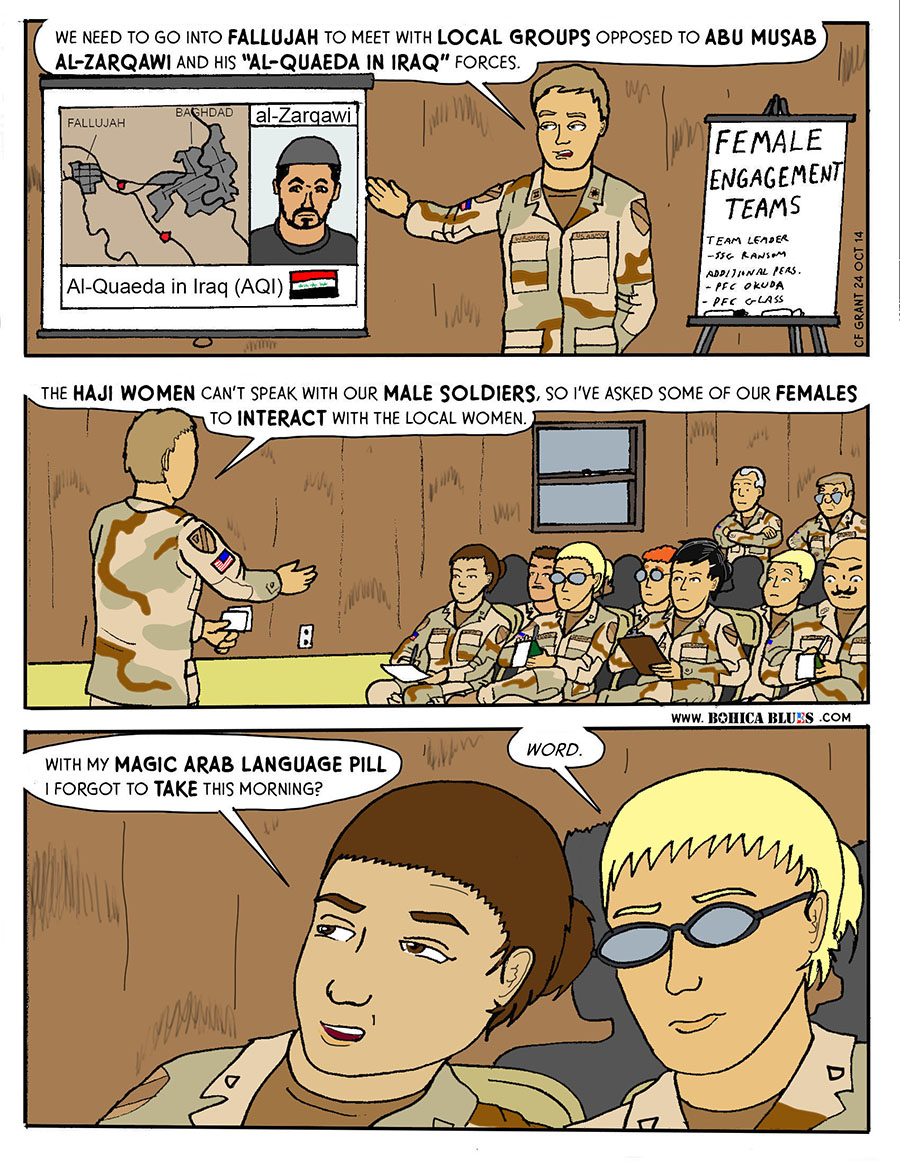 24 OCT:
One thing I always wondered about the Female Engagement Teams– did any of them actually get any language and culture instruction beforehand? Or did the chain of command just expect American and Iraqi females to all just get along, using some sort of Universal Lady Code? We didn’t get a lot of cultural instruction before we went as a unit, and I know the male soldiers didn’t get any secret briefings that expanded our knowledge. The female soldiers were like so many of us– the Army was a stopover for adventure and college money before going on with life. Why would random American women trained as clerks and mechanics be any better than the men to communicate with the locals? Sometimes it just seemed that a random General decided “Send some women along, maybe that’ll do something cool.” The only thing it would have helped with is female civilian searches.

My point of view here is not that “Female Engagement Teams were a bad idea”. Rather, I think it was a good concept– but without any language or cultural instruction, it wasn’t as useful as it could have been. We all could have used some background into local culture, and I wonder how many misunderstandings there were because people weren’t told simple, basic things.

And, of course, Abu Musab al-Zarqawi. I remember when he was one of the big names in the news we heard daily. He was the main guy behind the founding of Al-Quaeda in Iraq… the organization that eventually surpassed the original al-Quaeda in it’s radicalism and violence, leading them to dissolve their affiliation with each other. Al-Zarqawi himself was eventually killed before the US forces left Iraq, but his organization lived on… to become today’s “Islamic State” terrorist nation.