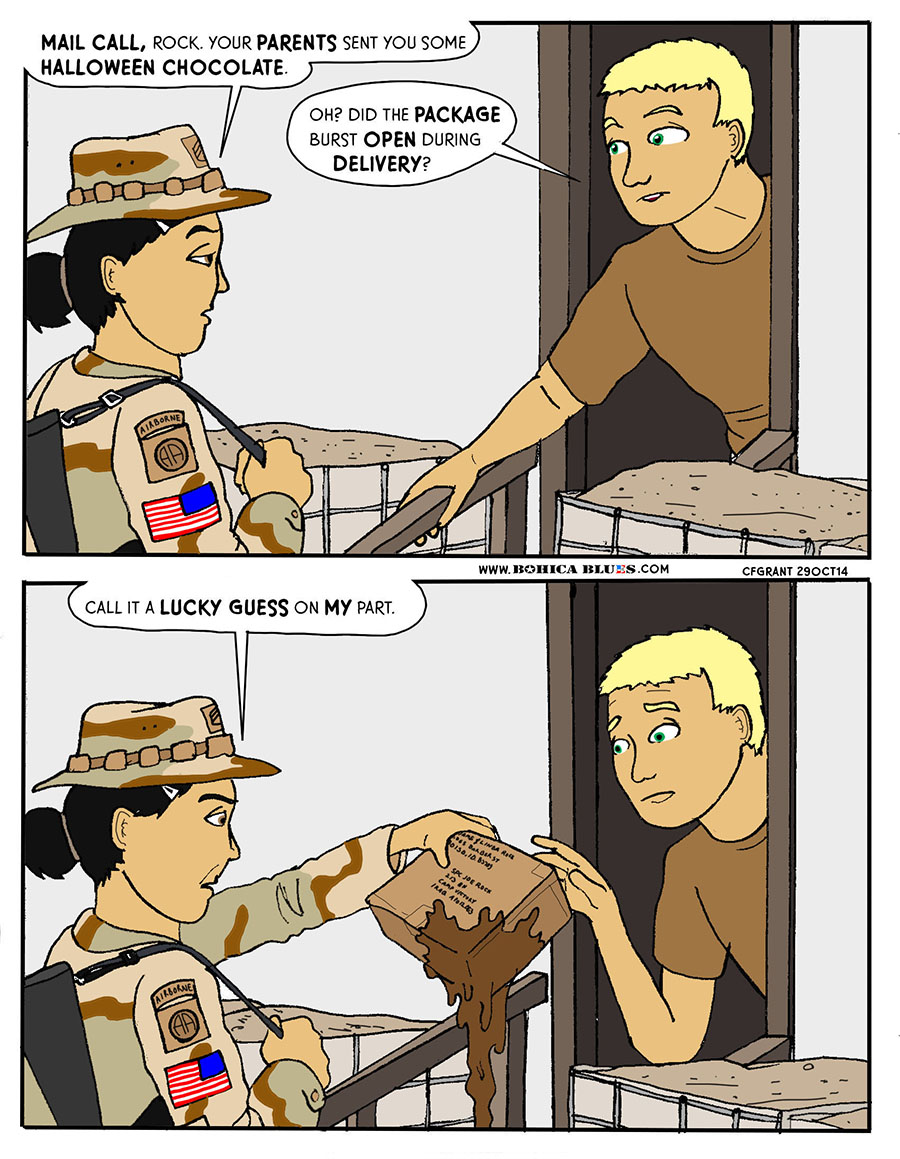 29 OCT:
Military food is typically the same cafeteria type stuff over and over again– it’s not bad, really, but there’s not a lot of variety, either. So we would get packages from home full of snacks. Candy of various types was popular, and especially chocolate. The problem, of course, was the heat of Iraq. Most chocolate, no matter how well packaged, was a gelatinous glob by the time it reached us.

Of course, given the heat and the climate, salty snacks were frequently more popular. Potato chips, peanuts, Cheetos, Doritos, and the like were often requested. That worked out well, since they tended to hold up better under the heat.