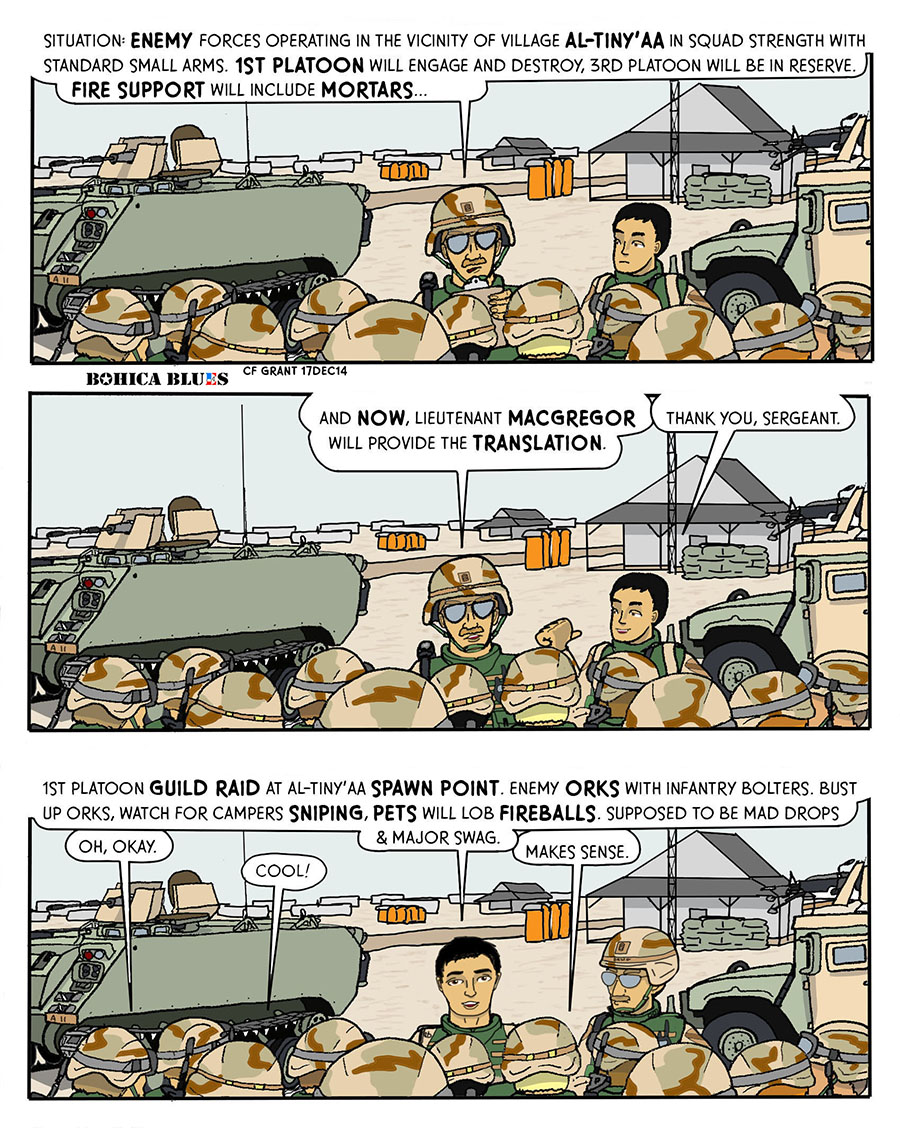 I don’t actually play any online multi-player games, but I know a lot of people who do. I gleaned a bunch of jargon from different games to create the fantasy mission briefing. It’s the language of a new generation!

Seriously, though, I’ve heard people planning for big marathon game sessions and “guild raids”, and the planning, preparation, and checking that goes into a major online raid can almost rival an actual military operations order.

But then again, I also heard of a game –I think it was one of the Tom Clancy games, “Ghost Recon” maybe or something like that– where you actually do have to plan out everything in the “op order”. I guess a lot of people didn’t like the game because it was mostly “paperwork” and planning compared to very little game-time shooting. But guess what? Welcome to our world.