No One Saw THAT Coming, Either 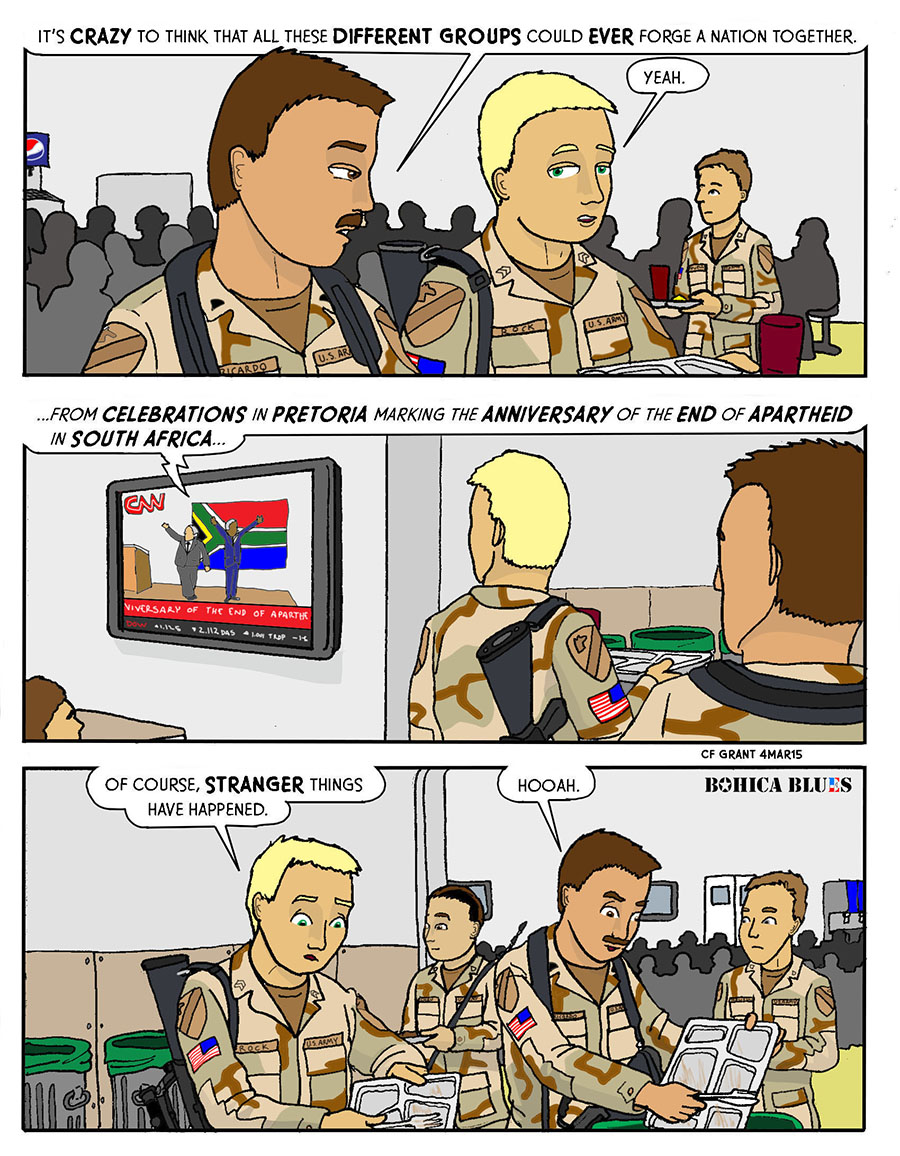 No One Saw THAT Coming, Either

4 MARCH:
Okay, given news these days it is hard to be optimistic. But I remember some pretty momentous events in recent history that remind us that people can sometimes really surprise us– in good ways. The fall of the Berlin Wall was one, but the end of Apartheid in South Africa was another big event that no one saw coming just a few years earlier. When change came, it came fast, and things that had stood as truth for decades were swept away.

The future of Iraq is still hanging in the balance– some might say by a thread. Change for them is obviously not coming quickly. But it could be argued that they are forging paths for themselves and have something to stand for, even if it is “hey, we’re not those guys”– as in, the terrorist state known in the West as ISIS and known in the Arab world as “daesh“, which apparently is some kind of curse word or something. Iraq could still splinter into Sunni, Shia’a, and Kurdish states, but in a way “daesh” has given them something to unite over for the time being. Let’s hope they forge something decent for themselves out of it, and maybe someday we can look back at a relatively stable state society doing well for itself and say, wow, amazing how they turned that around. We didn’t see that coming.

I’ll be honest, part of my hope is based on the fact that I really have no interest to go back there, unless I can do it as a tourist.