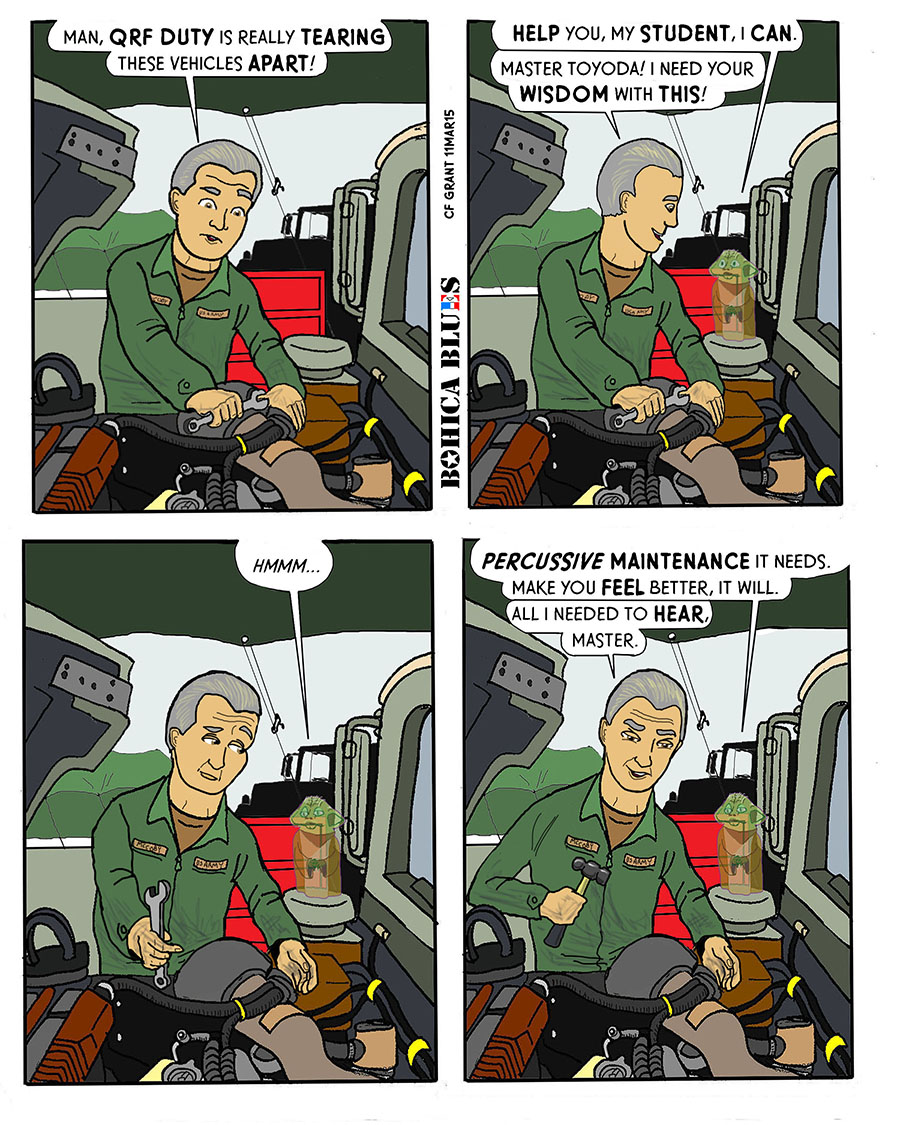 Anyhow, the Humvees are getting torn up, and they are about at their breaking point. Military vehicles are rugged, but they also put up with an insane amount of abuse that no civilian vehicle would be expected to. Even being near a bomb blast, without taking immediate damage, rattles a vehicle with air pressure and vibrations as if it had spent all day going through rough terrain. And, of course, since none of the drivers own the vehicles or pay insurance for them, well, use your imagination. So we’re reaching the point where even the Zen-like Master Ben McCoby is ready to get a hammer and resort to brute force “percussive” maintenance.

Make you feel better, it will, if nothing else.