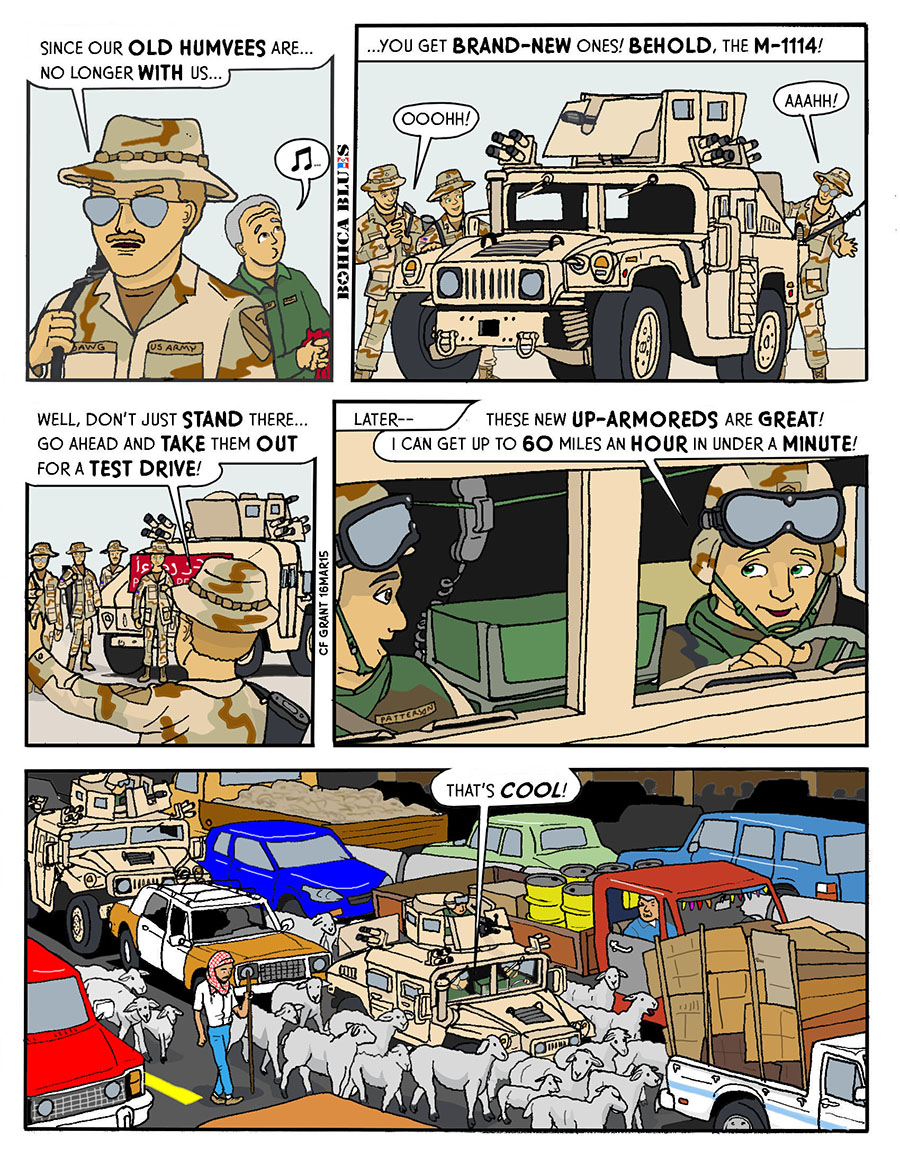 0-to-60 in a minute doesn’t sound like much, but it’s a five-ton armored diesel, so it’s actually pretty respectable. Of course, we mostly ended up patrolling crowded streets in various Baghdad-area suburbs, where –yes– you really might end up stuck among a heard of goats.

We were supposed to avoid congested traffic as much as possible. It slowed us down and made us potential targets, and limited our maneuvering room. But that was a directive easier said than done. It’s not like the people of Baghdad were glad to be stuck in traffic themselves. We could force our way through, but sometimes it was more trouble than it was worth and only made the locals dislike us even more. So every so often we were just stuck like normal traffic.

The other thing that made the new M-1114 Humvees “fun” to drive (under the circumstances)? We didn’t have to pay to fill ’em up.