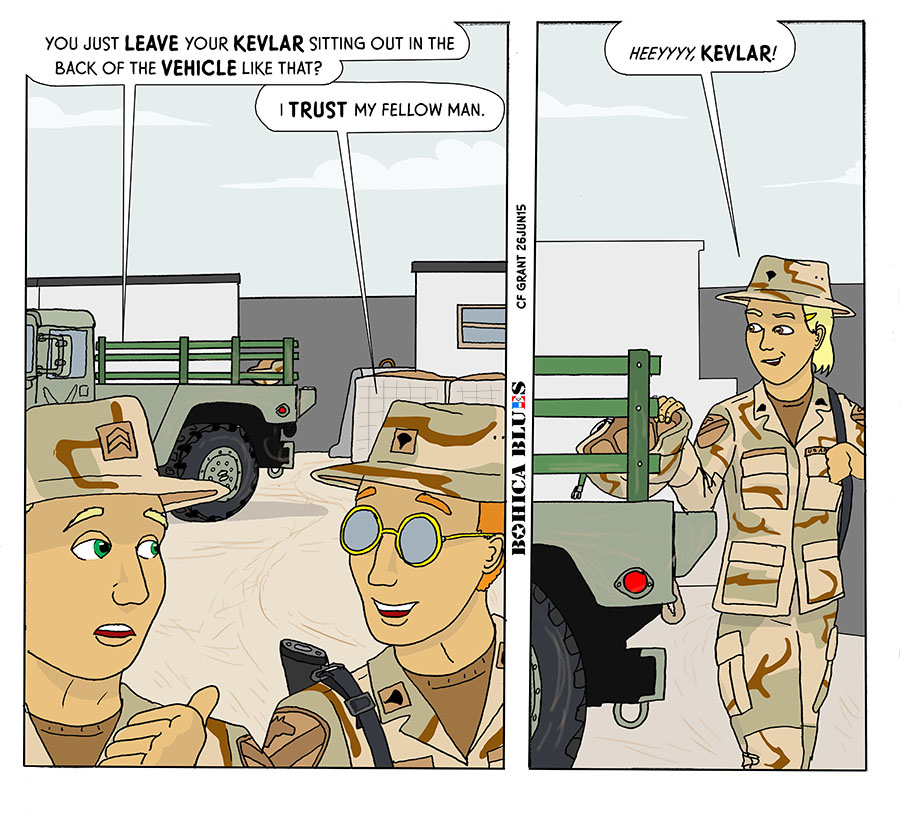 26 June:
A conversation like this sorta happened. As we exited our vehicles to go to chow, one of the guys left his “Kevlar” –his helmet– sitting out in the open. When asked, he said he trusted his fellow man. I said nothing but the next day I presented a comic pretty much exactly like this one… for the next couple days people teased him about how “A chick’s going to steal your Kevlar!”

It’s weird how we call certain pieces of equipment by specific names while other pieces of equipment get called by brand names or their equipment designation. When I came in the Army, many years ago, the old steel helmets were being phased out. Everyone used to call it a “helmet” or “steel pot” but when the new Kevlar helmets got issued, they were differentiated by being called “Kevlar”, which is technically a brand name. “Kevlar” differentiated them from the earlier helmets, in shape and the materials made in their construction. At the time, it made sense to differentiate a “Kevlar” helmet from any other helmet. Now, years later, they are still called “Kevlar” even though the steel helmet they replaced is gone and for most troops, not even a memory any more.