You Watch Your Lane; I’ll Watch Mine 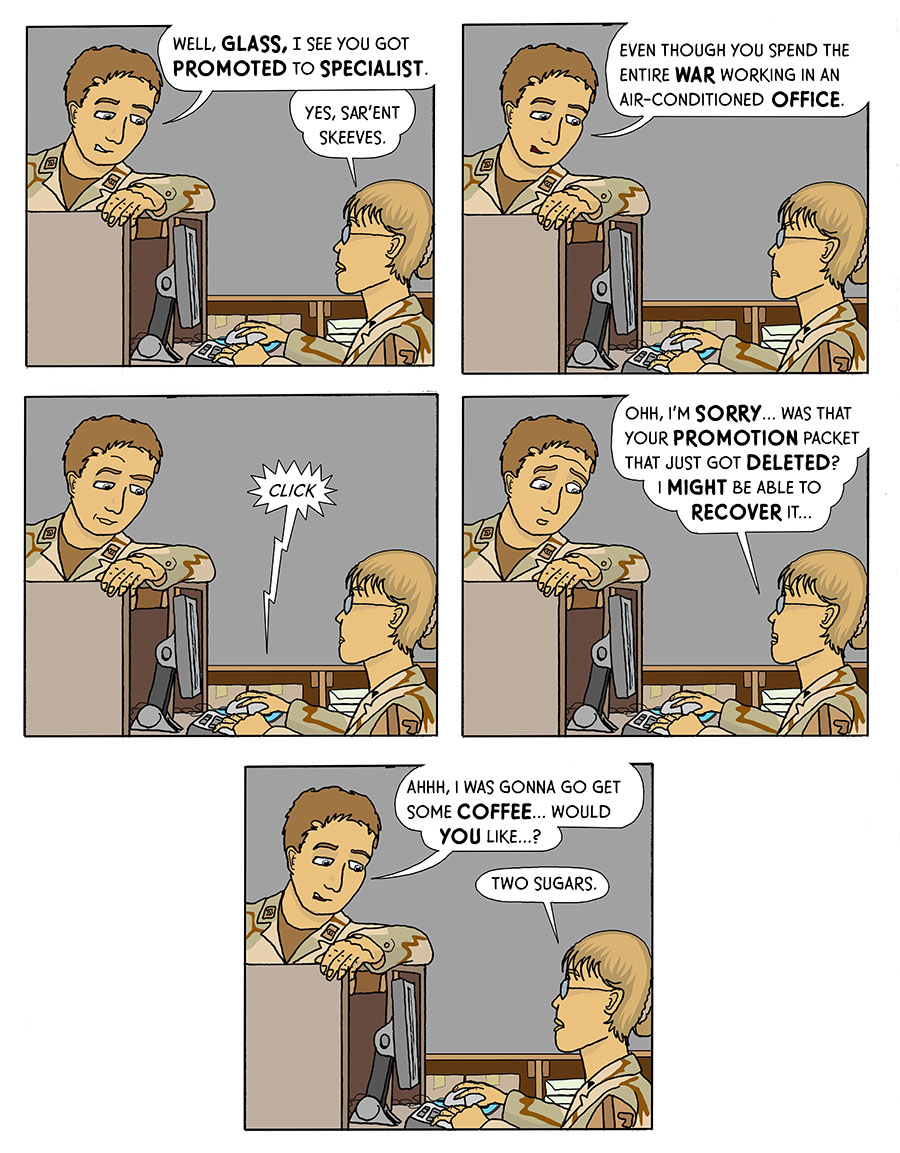 You Watch Your Lane; I’ll Watch Mine

The rank of “Specialist” is kind of funny. Because of Hollywood, people are familiar with Privates, Corporals, Sergeants, Lieutenants, and so on. People with no experience with the military can pick up on those and have a general idea of where they stand in relation to one another. Oddly enough, not too many people know about the Specialist rank. I admit that I was completely unfamiliar with it when I went in. Quick and simple: it’s more than a Private, but not quite a Sergeant. It’s the same pay grade as a Corporal, but with no authority compared to a Corporal (and Corporals hold very little authority).

Usually, when I held the Specialist rank myself, people would ask me what I “specialized” in. In the old days, that was a valid question. It used to be that a person could be in some sort of job in the Army and never become an NCO (Non-Commissioned Officer; the various “Sergeant” ranks) but be in that job so long that they had become “specialized” in it. You could hold a certain amount of respect in that field as a person full of technical know-how and experience, without being considered an overall troop leader (which NCOs have to be).

Many years ago, back in the late 1980’s, they got rid of all the Specialist ranks except the most basic one, which is still called “Specialist” even though it is no longer really associated with being specialized in anything. It is one of the most common ranks in the Army since most people who only join the Army for 3 to 4 years will reasonably reach Specialist, but not go on to become a Sergeant since they’re getting out anyway. The Marines have a similar rank, the “Lance Corporal”, and a Marine that reaches Lance Corporal and can go no further is called a “Terminal Lance”– which also happens to be the name of a really cool webcomic made by a former Marine (It’s hilarious and I read it regularly, but while BOHICA Blues is family-friendly, “Terminal Lance” is not. Google it and check it out).

Sergeant Skeeves is, of course, your basic bully– stand up to him, and he’ll typically back down. Obviously Specialist Glass isn’t a direct threat to him, but she wields a power of another sort, the power of the paperwork, so to speak. It’s digital “paperwork” these days, but all the easier to delete with the stroke of a keypad.

I wanted to experiment with a different page layout– alas, I could not figure out a way to delete the white space “notches” at the bottom left and bottom right. I tried using a crop feature in PhotoShop that looked like I could form it into shapes, but it turned out to be not very versatile. I will continue to experiment, because I don’t always want to be stuck with having to fill one uniform size and shape each time if the pacing of the dialogue doesn’t “fit”. I may have to run something like this as two small, individual pages in the future.

Also, the term alluded to in the title, “Watch Your Lane”, is Army-speak for “Mind your own business”. It comes from firing ranges for rifle qualification: each soldier is assigned a “lane”, and he or she has to watch out for the targets in their own lane, and ignore anyone else’s. In fact, when preparing to fire for target qualification, the command to fire isn’t, in fact, “fire”, but “watch your lane”. As soon as that command is announced, targets will begin popping up, and you have to knock down as many as you can to qualify.