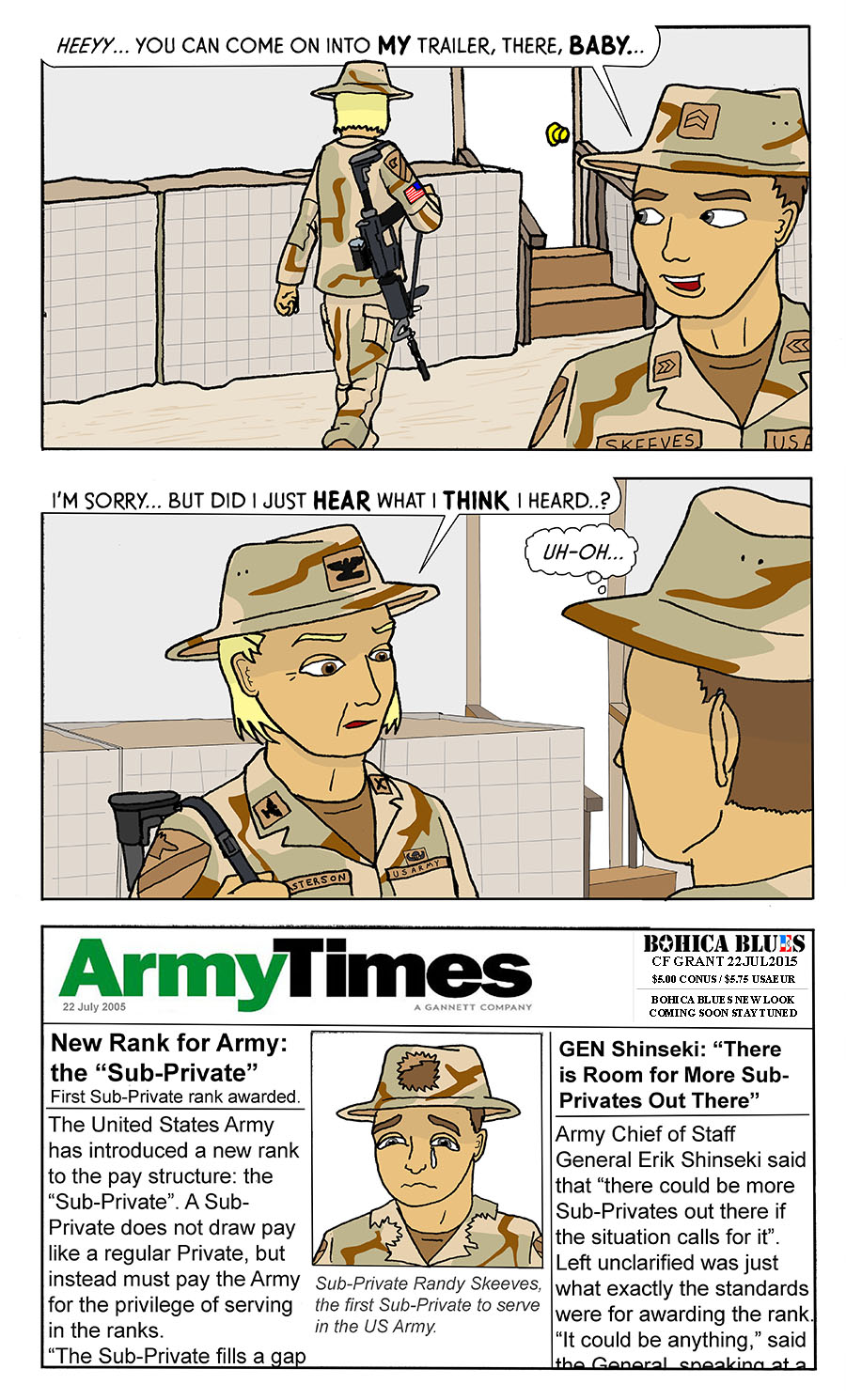 Remember the rank of “Colonel”? It’s pretty high; the next rank up is 1-star General. Sergeant Skeeves finally made his big mistake.

Once, in the chow hall at Camp Victory, I was walking behind a female soldier I did not know. She was short, slender, seemed kind of cute,  and when she turned around to look for someone, I saw that she was also a Lieutenant-Colonel (one step below this character in the comic). I laughed a bit to myself, wondering how many guys might have said something to her from behind only to get a shock when she turned around.