If The Force Was With Me 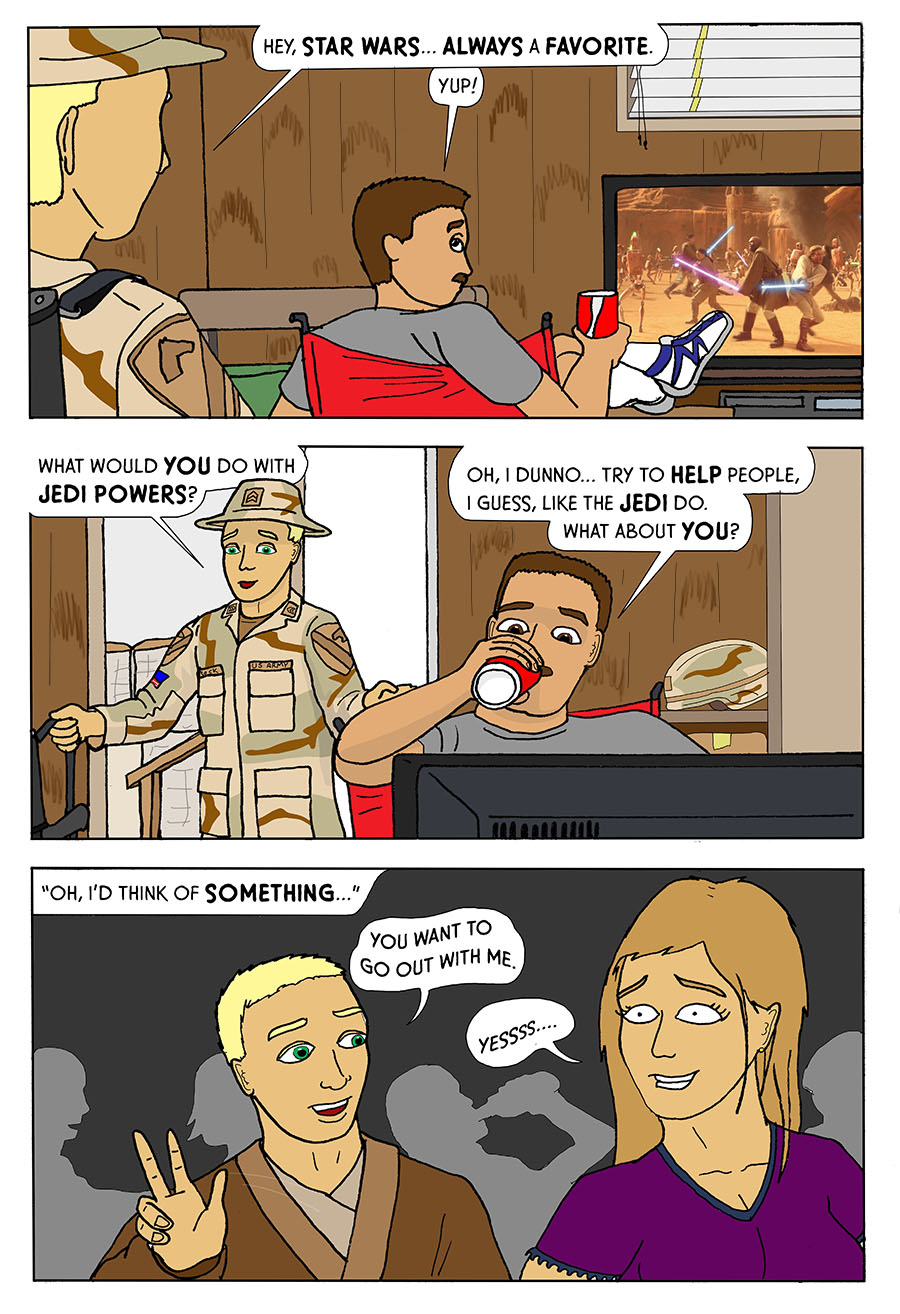 If The Force Was With Me

24 July:
Now, Joe, such use of the Mind Trick isn’t very Jedi, is it? You’d think after the recent flap with Sergeant, now Sub-Private, Skeeves that you’d learn something.

Sometimes it is fun to think about the things that could be done with Jedi powers– or rather, simply having “The Force”, since I suspect a lot of us would be tempted to indulge in a little Sithy-ness. Most of the time I’d probably use it to make my life easier– levitate a beer from the fridge without having to get up from the couch. Not very heroic, I admit.

So, on the art– sometimes I insert an actual photo, like above, for the Jedi fight scene in the television that “Junior Ric” is watching. I’ve done it before, but with things like corporate logos– the PX sign, the Kraft Foods logo– and less with full pictures. There was one time with Wile E. Coyote, of course…

BOHICA Blues will never change its format to be “photos with word balloons”, if for no other reason than just because I enjoy the drawing part. I may insert photos, or use them for panels, on rare occasions. And, I will probably use pictures of corporate logos from time to time, simply to make sure they “look right”. How do readers feel about using these sorts of things in the comic? Would it be better to draw something out? Does use of a photo somehow “cheapen” the comic?