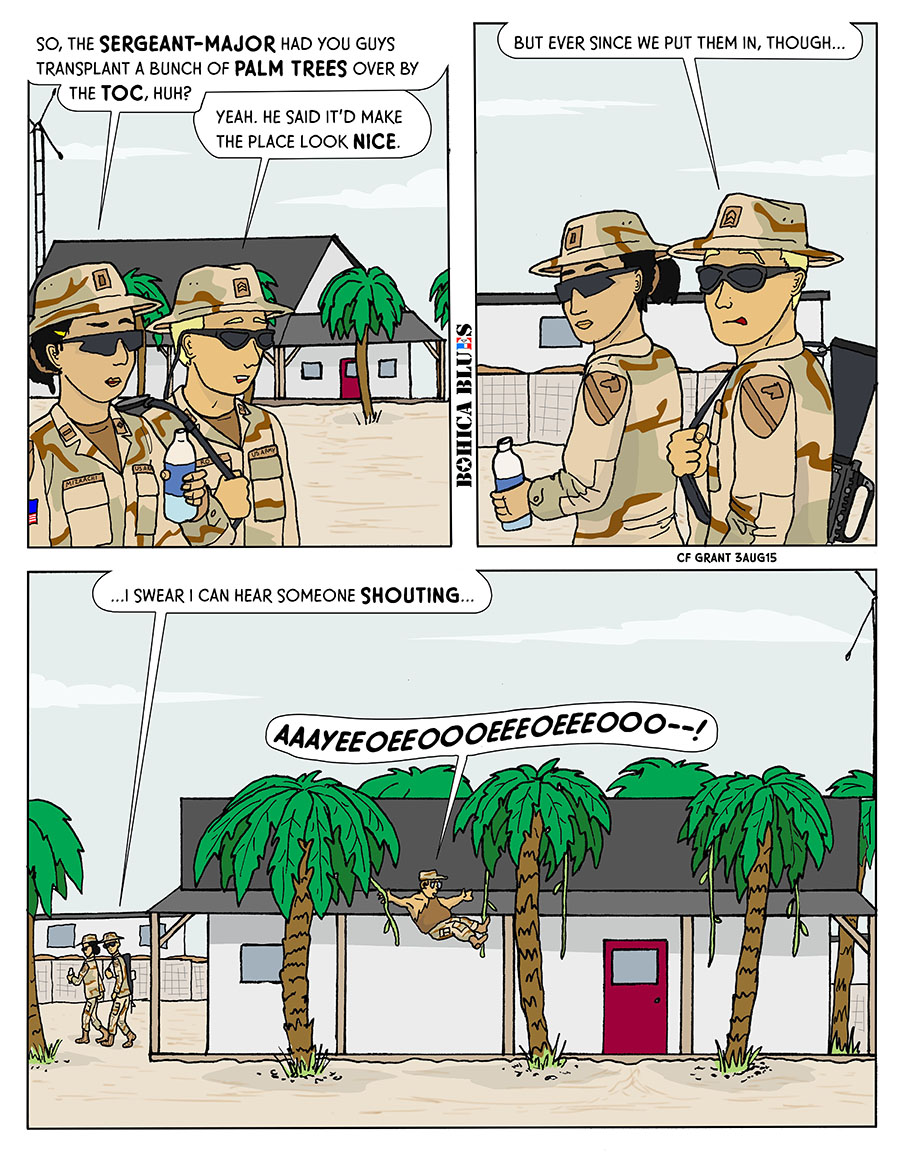 TOC: Tactical Operations Center. In conversation, it is pronounced “tok” and almost sounds like the word “talk”. It is incredibly common for a small field headquarters to be referred to as “the TOC”.

So, seriously, our Sergeant-Major had a crew of guys take a crane and uproot a bunch of palm trees from next to the marshy canal, and transplant them around the TOC. Bear in mind the whole area where we lived was once part of Saddam’s al-Faw Palace grounds and his private game preserve. It might have once been a wild area full of grassy plains and trees, but now it had been thoroughly graded and leveled. He was essentially asking for palm trees to be planted in sandy road bed.

I’m sure a lot of it was for looks, and because he was bored; perhaps it could be argued that the shade the trees were supposed to provide would mean less work for the air conditioning, and therefore, the generator. Just about all of us said the effort was doomed to fail, but it was done, some poor folks had to water the trees every so often, and we all wondered what was on his mind with this crazy plan. Perhaps string some ropes like vines (palm trees don’t naturally have vines) and get in touch with his inner Tarzan? We could only guess.