Your War, My War, Our War 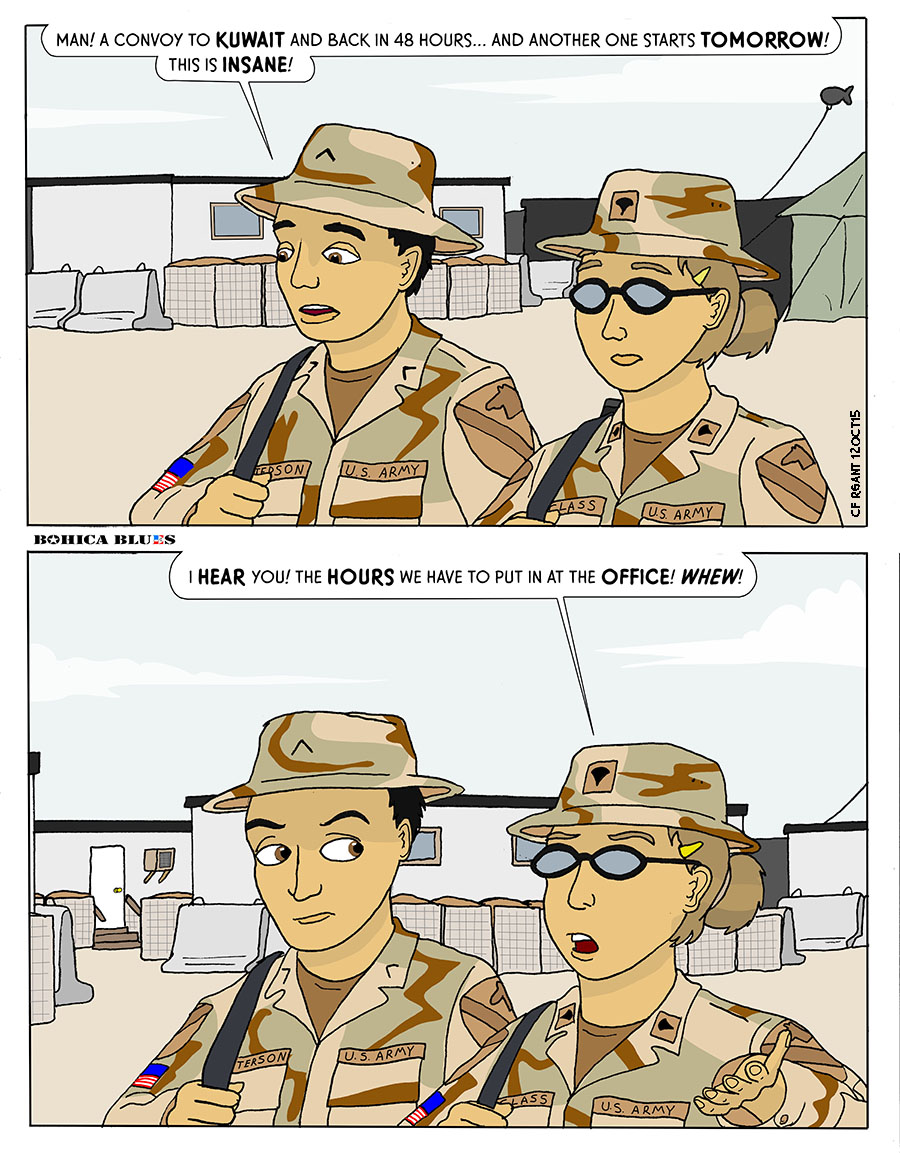 Your War, My War, Our War

A “fobbit” is someone who stays in the “FOB”, or “Forward Operating Base”. They never leave the relative safety (and perceived comfort) of the main base. They don’t go out and fight the enemy or even face the local civilian population. In the field, people who went “outside the wire” frequently disdained the “fobbits”.

The problem is, the Fobbit may not leave “the wire” but they are there. FOBs got rocketed from time to time, and they had to put up with all the time away from family and the long hours, and so on. True, they were in relative physical comfort, but in a way that just prolonged the unpleasantness.

There’s physical stress, and then there’s mental stress. Being in the FOB, working in an office, meant you were in close quarters with commanders and other higher-ups. That makes things very stressful, because who knows what silly things they were going to come up with for you to do to enhance their performance reviews? Even though the guys that went outside the wire would laugh or scoff at the complaints of the Fobbits, none of the guys that went outside the wire would have traded jobs with the Fobbits for anything. Or if they were willing, they didn’t admit it out loud.