Who Wants To Go For A Ride? Who? Who? 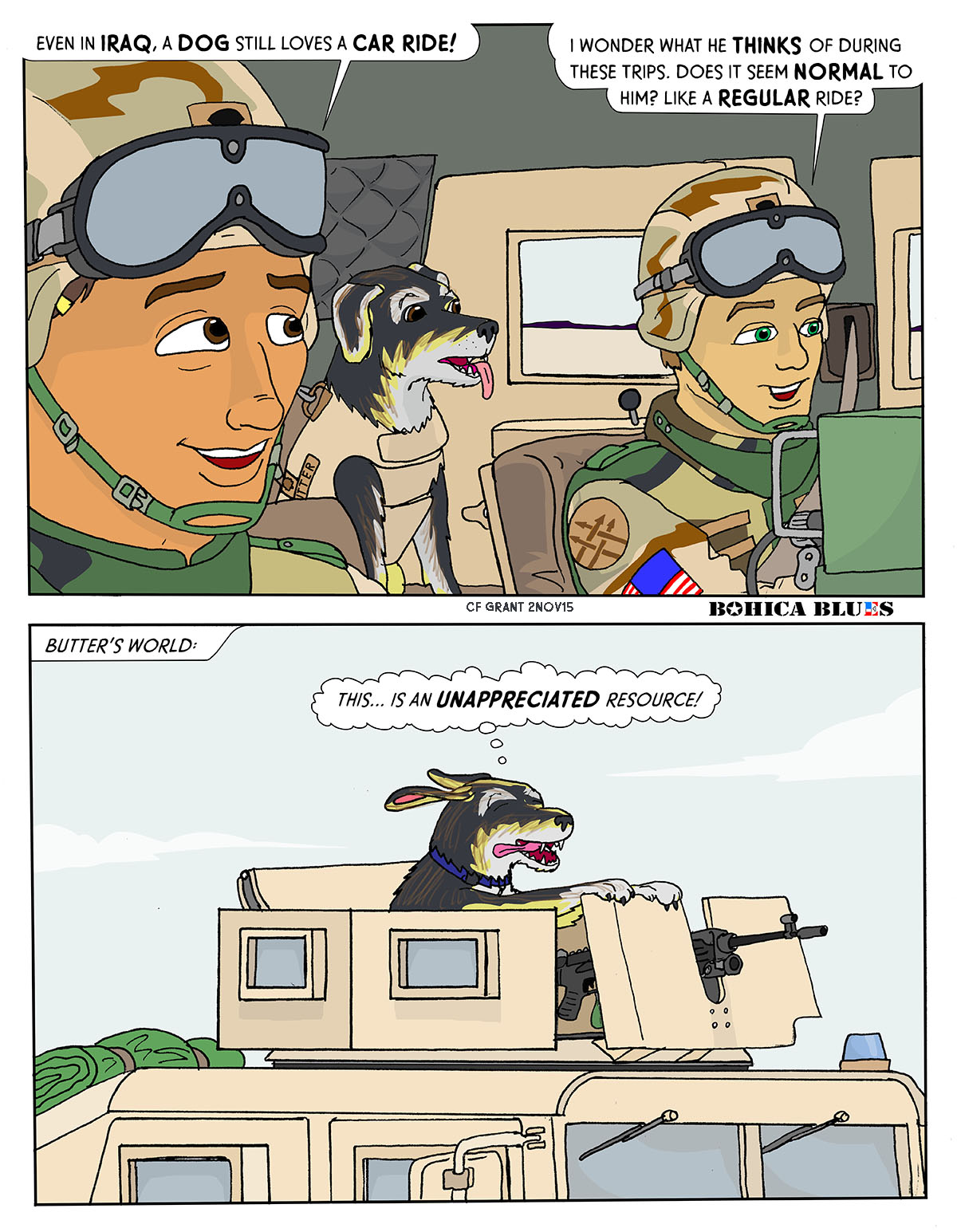 Who Wants To Go For A Ride? Who? Who?

I can’t help but wonder if the Military Working Dogs see the whole thing as a bunch of rides and adventures. Training for them is play, with lots of treats and praise. They probably don’t understand why they have to wear all that hot gear when it is already hot enough just being a dog, but it makes the humans happy, so whatever, right?

And you know dogs would love to ride in the turrets. If there was one thing that dogs could appreciate, it would be that– ears and tongues flopping in the wind of the open-topped turret. They probably wonder why we don’t appreciate the opportunities the turrets offer, and they really don’t understand why we don’t put these on every car.

Of course there’s a downside– as near as veterinarians can figure, dogs suffer from PTSD, Post-Traumatic Stress Disorder, just like humans can. And their sensitive hearing probably doesn’t appreciate the explosions and rifle fire, which would be magnified for them.

Perhaps it would be best for us all, each of us, to leave the explosions and firing behind, but put turrets in our cars and just enjoy the ride.