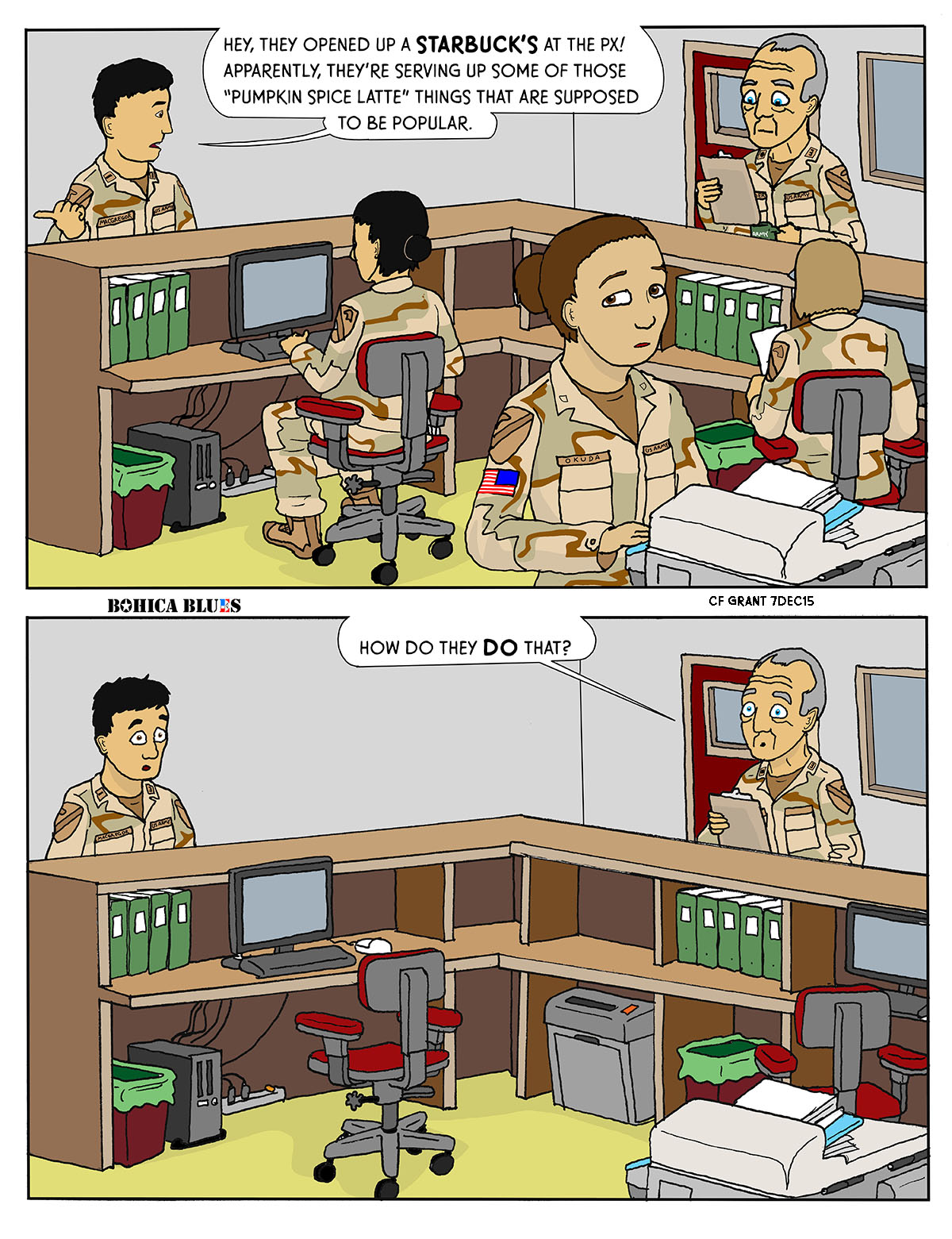 Fall, the season of, well, fall leaves, oranges and browns and yellows… even at the beginning of December, we’re still technically in the Fall– it doesn’t actually become “winter” until the winter solstice, which typically happens around the 20th through 25th, depending on the year. It’s one of those calendar events that’s not pinned on any one exact day.

One of the signs of Fall is, of course, the Fall commercialization events that happen every year, a bit more like clockwork. We can count on the “Pumpkin Spice Latter” from Starbucks, of course, and I couldn’t resist jumping on the bandwagon. True, I probably could have done this one earlier, like in October, but I had a full plate already.

So, yes– we did get a Starbucks at Camp Victory/Camp Liberty, just like we had Burger King and Hardee’s , Cinnabon, and other snack food places. Tempting as it was to get a taste of home (a different class of overly-processed food-like chemicals than we got in the chow hall, basically) I didn’t go to these places much myself. I think I went to the Burger King there maybe three times, total. The lines were long, and you didn’t want to spend your precious down time standing in yet another line. Plus, if you had time to stand in line, that meant you were probably one of the troops that sat in air-conditioned offices all day and didn’t actually go out and do, you know, “troop” stuff.

But, hey, sometimes you just gotta have that Pumpkin Spice Latte, right?