Who Will Ride to Our Rescue? 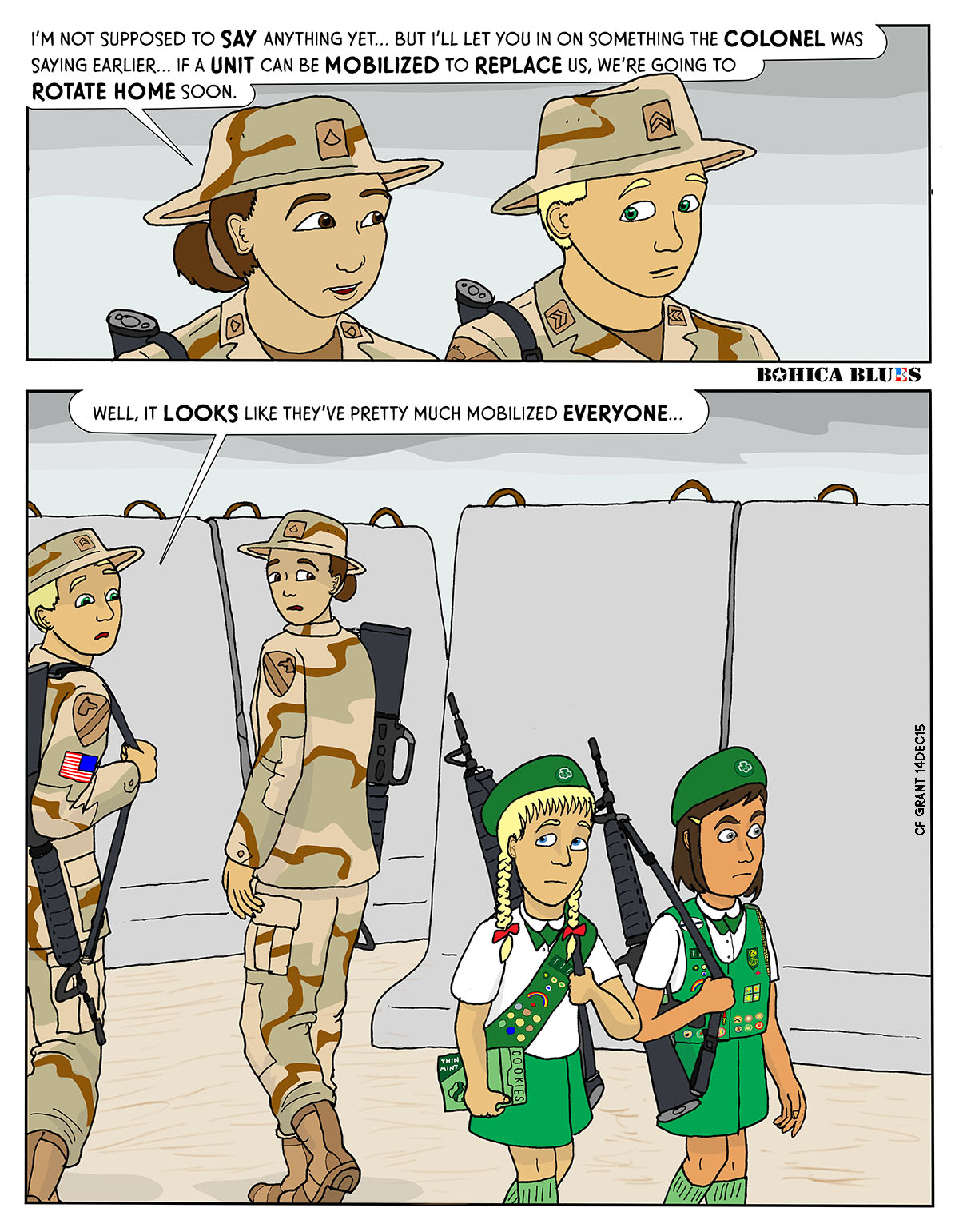 Who Will Ride to Our Rescue?

In order to take one deployed unit out, you usually have to have another unit available to replace it. Pretty straightforward, right? But it may be odd to realize that the United States actually has a fairly small army compared to its population base. We have only around a dozen or so full time active duty Division s, each one around 15,000 to 20,000 people. There are of course other smaller, independent Brigades, various Headquarters, and places that are purely set up for maintenance or logistics, but a lot of our strength comes from Reserves and National Guard.

The thing is, you can’t pull Reserves and National Guard out of the civilian economy for very long. And once a unit comes out of combat deployment, they need time to rest, retrain, repair or replace equipment, and bring in new people. A year “off” may not be enough to re-fill everything that has been lost– remember, every year troops also leave because their term of service is up and they choose not to re-enlist, or they retire, or they get injured and have to leave for medical reasons (injuries may have nothing to do with combat, too– training accidents, motor vehicle accidents, etc).

So you actually run out of troops quickly when you try to rotate a unit out after a year. Pretty soon, you start taking anyone you can.