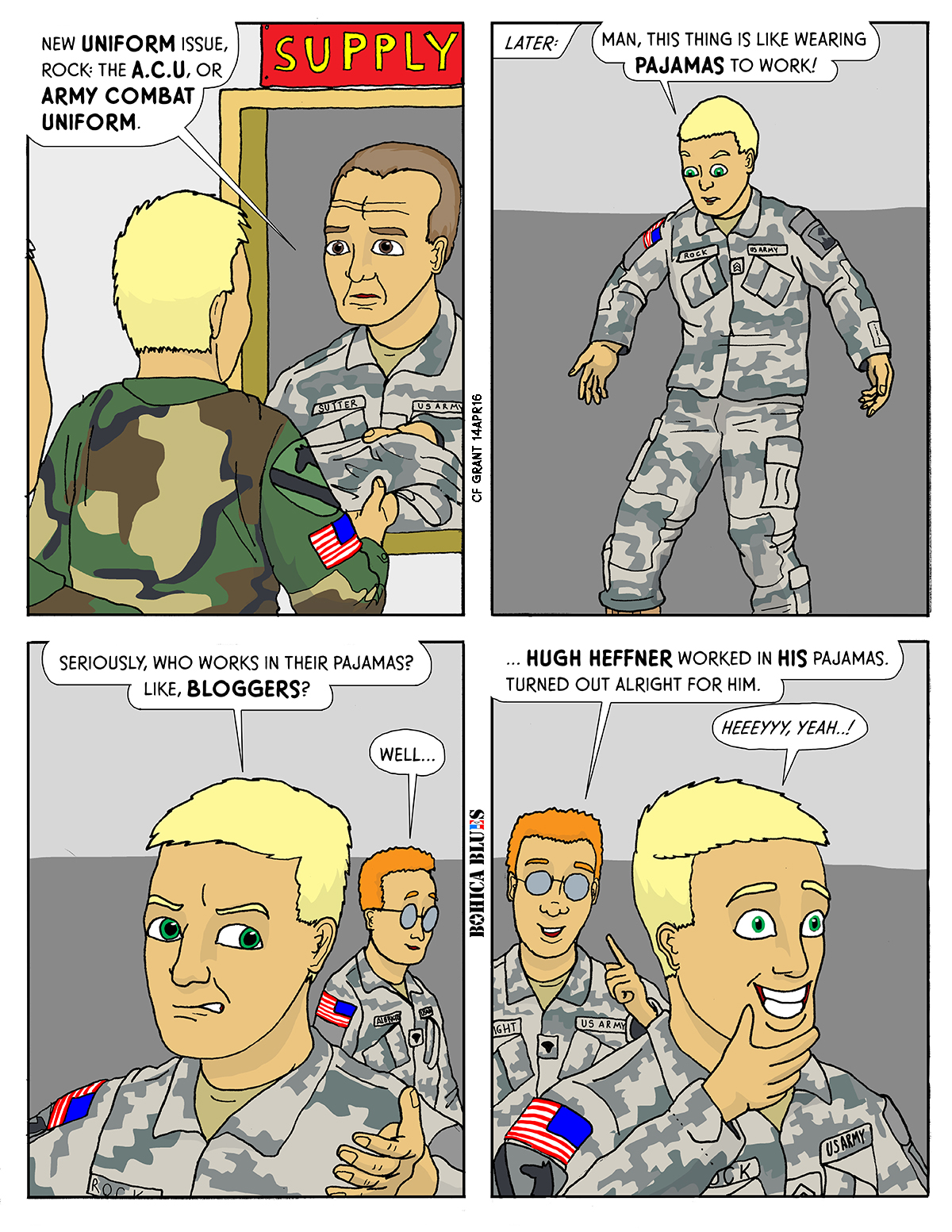 “They’re like pajamas!” That was a familiar description when soldiers were first issued the Army Combat Uniform. The uniform began to be introduced in the 2004-05 era but it took awhile to reach everyone. As I write this now, in 2016, the same slow process of phasing in the OCP, or Operational Camouflage Uniform, is underway. It will be another year or so before many Reserve units receive them.

The ACU is a comfortable uniform, and as much as the old BDU (Battle Dress Uniform) was liked, the pattern of the ACU is much more practical for wear with the types of field equipment we typically wear –especially the body armor.

As for Hugh Heffner? For those unfamiliar with the name, he was the man who launched “Playboy” magazine. In many of his publicity photos he is seen wearing pajamas and a robe, with a glass of wine or brandy in his hand, and a variety of attractive young women surrounding him. But the truth is, most people who get to “work in their pajamas” don’t end up in such circumstances. At best they’re bloggers; more likely their “job” is to stand on street corners and shout at traffic.