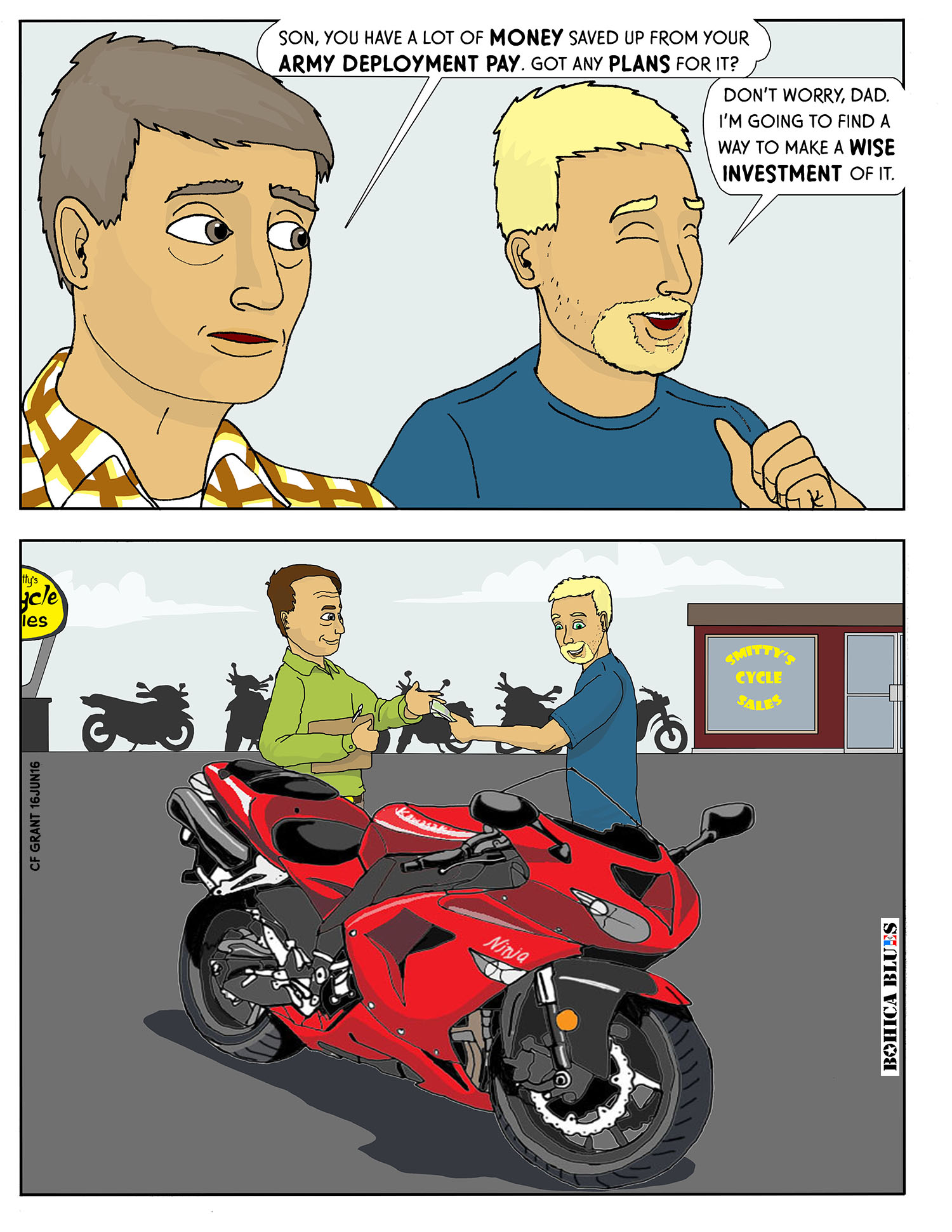 It is said that a lot of veterans come back and buy motorcycles –“crotch rockets” in Joe’s case. I have no particular fondness for the Kawasaki Ninja, it is just an iconic fast bike I knew about so I used it in today’s comic. The hypothesis I’ve heard is that returning veterans want to re-create some of the “adrenaline rush” of combat, and motorcycles are a popular way to reach for that. Not being a researcher into such things I can’t say one way or another if that’s so.

Anyhow, this comic obviously marks my return to regular posting schedules. I had some great time off, and did a bit of traveling. I took no laptop or phone, and found myself not regretting being “off-leash”. I recommend it heartily.