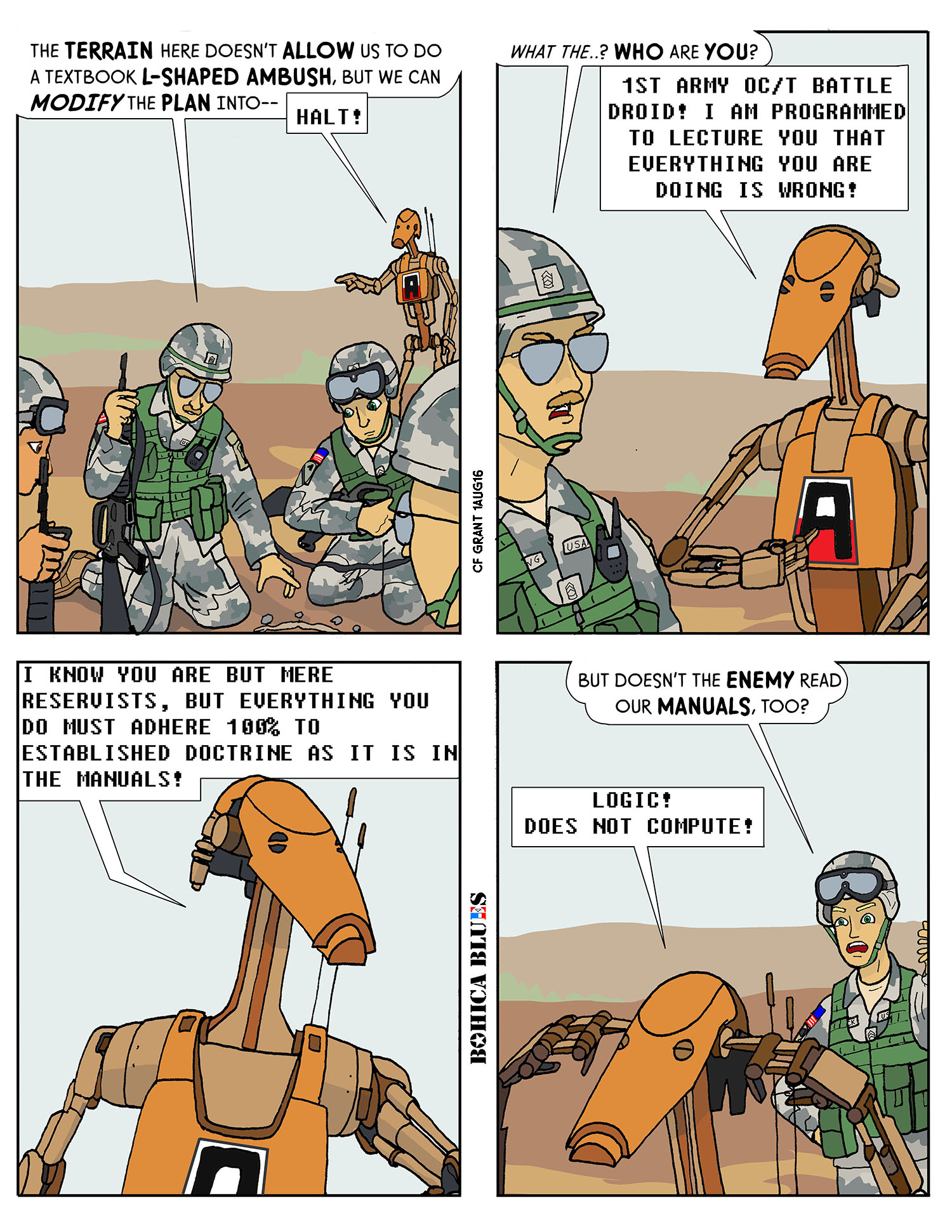 An “OC/T” is an “Observer-Controller & Trainer”, at least at the time this comic is set in (now around 2006-07). The title is now “Observer-Coach & Trainer”. It is still called OC/T and someone performing this job would describe themselves that way, pronouncing it as “Oh See Tee”. The primary OC/T units out there mostly belong to “1st Army”, although there are others.

What does an OC/T do? The easy answer is, they are the “referees” during “war games”. The more complex answer is that they are the ones that makes sure the training is being carried out according to standards and in a manner that reflects relevant training needs.

There is also a political answer: some see the OC/Ts job as a passive observer, taking notes and allowing the training unit to make mistakes which would be addressed afterwards. In this frame of mind, the OC/T only interferes or halts training in case of an actual safety (or legal) violation. The purpose of the OC/T in this manner is to let the unit stumble, learn and adapt, and develop their own internal controls for improvement.

The other political answer is that the OC/T is there for the purpose of being a subject matter expert on the latest Army doctrine –the exact way things are laid out in manuals– and if things deviate from doctrine in any way, they are to step in and take over, giving classes and lectures as needed, and overriding what unit leadership said if it violates the doctrine.

In the last few years, there has been a major push, Army-wide, to reinforce doctrine above all. Some feel that the Army has gotten too used to a decade plus of “insurrection” wars that force non-linear thinking. Doctrine is therefore needed to get everyone back on track and thinking together in common purpose. Others disagree, and feel that doctrine is merely the basis for ideas, and it is intended to be flexible and re-interpreted as needed.

Currently, the “pro-doctrine” people have been winning. Readers can probably tell which side of this debate I fall on, by portraying the OC/T as an inflexible Battle Droid, incapable of thinking outside the narrow box his programming forces him into.