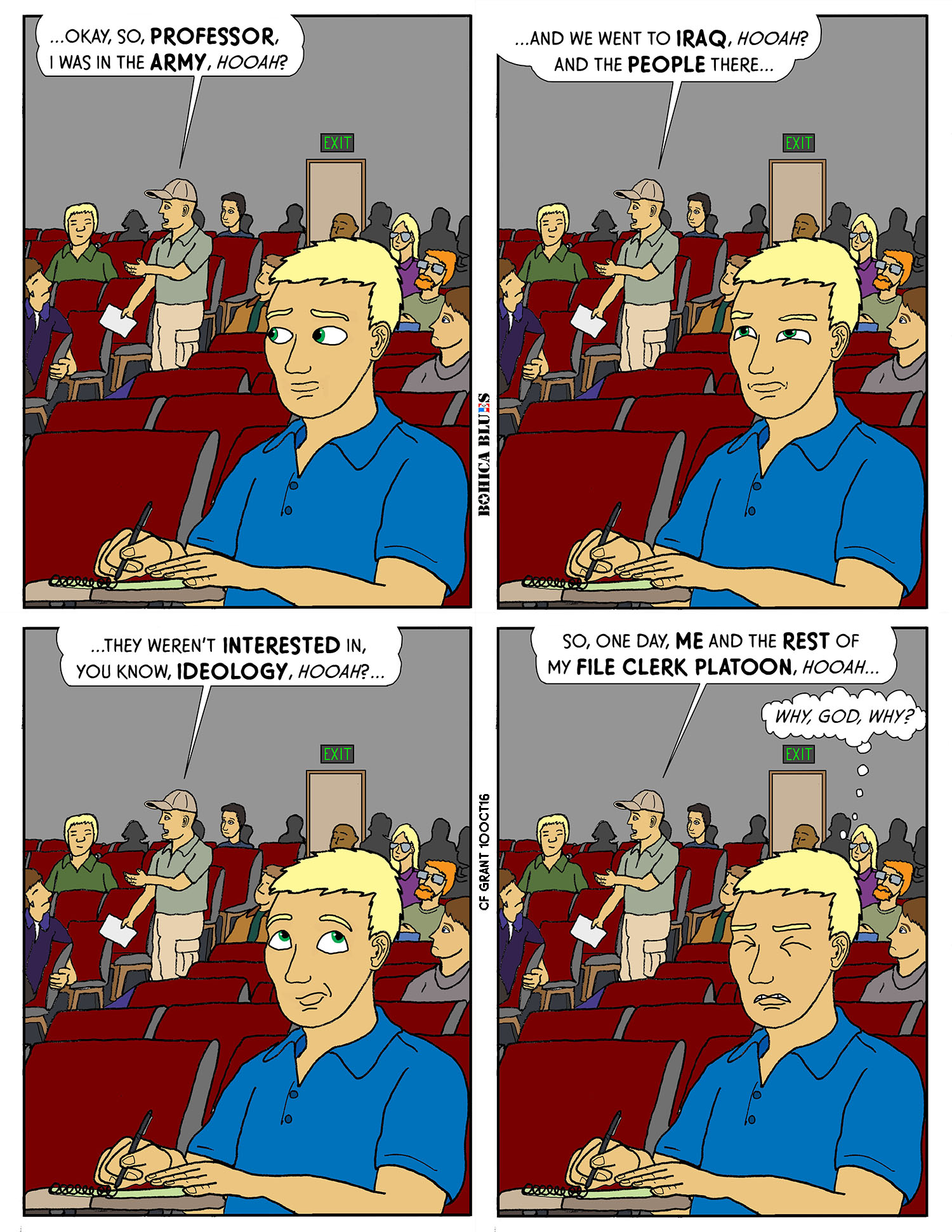 There is a saying, “Hell is other people”. Sometimes, specifically for veterans, hell can be other veterans. Especially when the know-it-alls who don’t actually know that much continually stand up and identify themselves in public, and now you don’t want to say anything out loud because you don’t want to be affiliated with “that guy”.

There’s the “look at me” motivational t-shirts worn not just once in awhile, but all the time; or the uniform gear used as daily clothing, or countless other carefully-staged “careless” giveaways, but probably the worst is the guy that still insists on interjecting things like “Hooah” or other motivational buzzwords into everyday conversation.

When I was younger and first out of the Army I did a lot of this, mostly the uniform bits incorporated into daily wear type stuff. Stuff like that can become normalized, especially when military surplus clothing is “in” at the time, as it sometimes comes and goes from time to time. But there should be some sort of special fate for the guys that use “Hooah” all the time. Maybe they have to dress in a chicken suit or something, I don’t know.