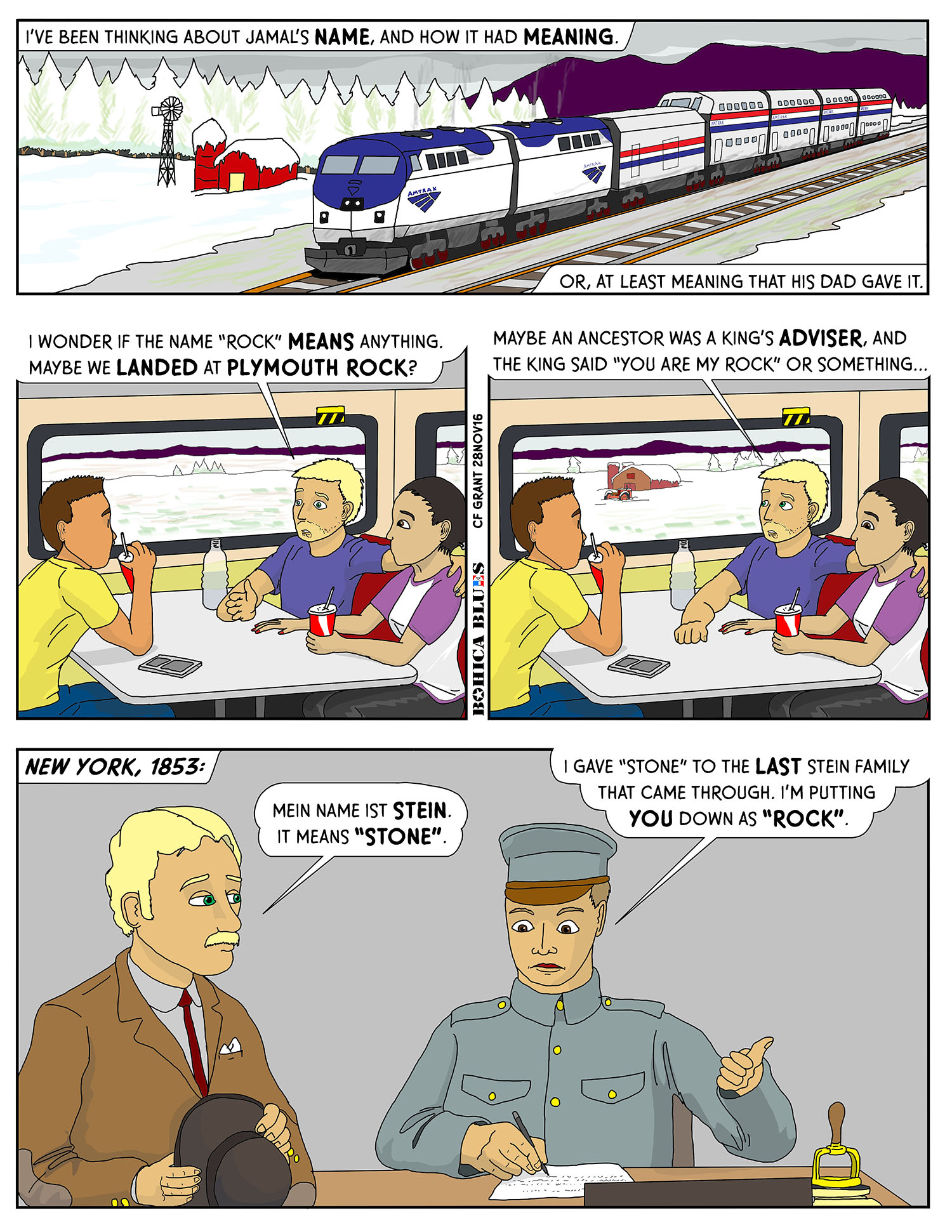 What’s in a name? It might be whatever you put into it. When people immigrated to the United States, names were frequently changed, sometimes by the immigrating people themselves, and sometimes by the immigration officers who either had a hard time understanding the foreign names (and so wrote down the wrong thing), or just decided to change them to make it easier for themselves. In 1853 this would have been at the Castle Gardens Emigrant Depot in New York, before Ellis Island became the station of choice for US immigration.

Also featured in this brief “Interlude” –the three of them have one more stop– is the Amtrak “Empire Builder” train from Milwaukee, Wisconsin to the Mountain West. In our modern, hurried lives we frequently rush to places on planes, but if you ever have the time to take a nice, leisurely train trip, I recommend it. You see some beautiful countryside, and the seats are wide and comfortable, rather than the sardine-can experience of the plane travel these days. I’ve traveled by Amtrak a couple of times in my life (ironically, never on the “Empire Builder”) and if I have the opportunity, I’d do it again.