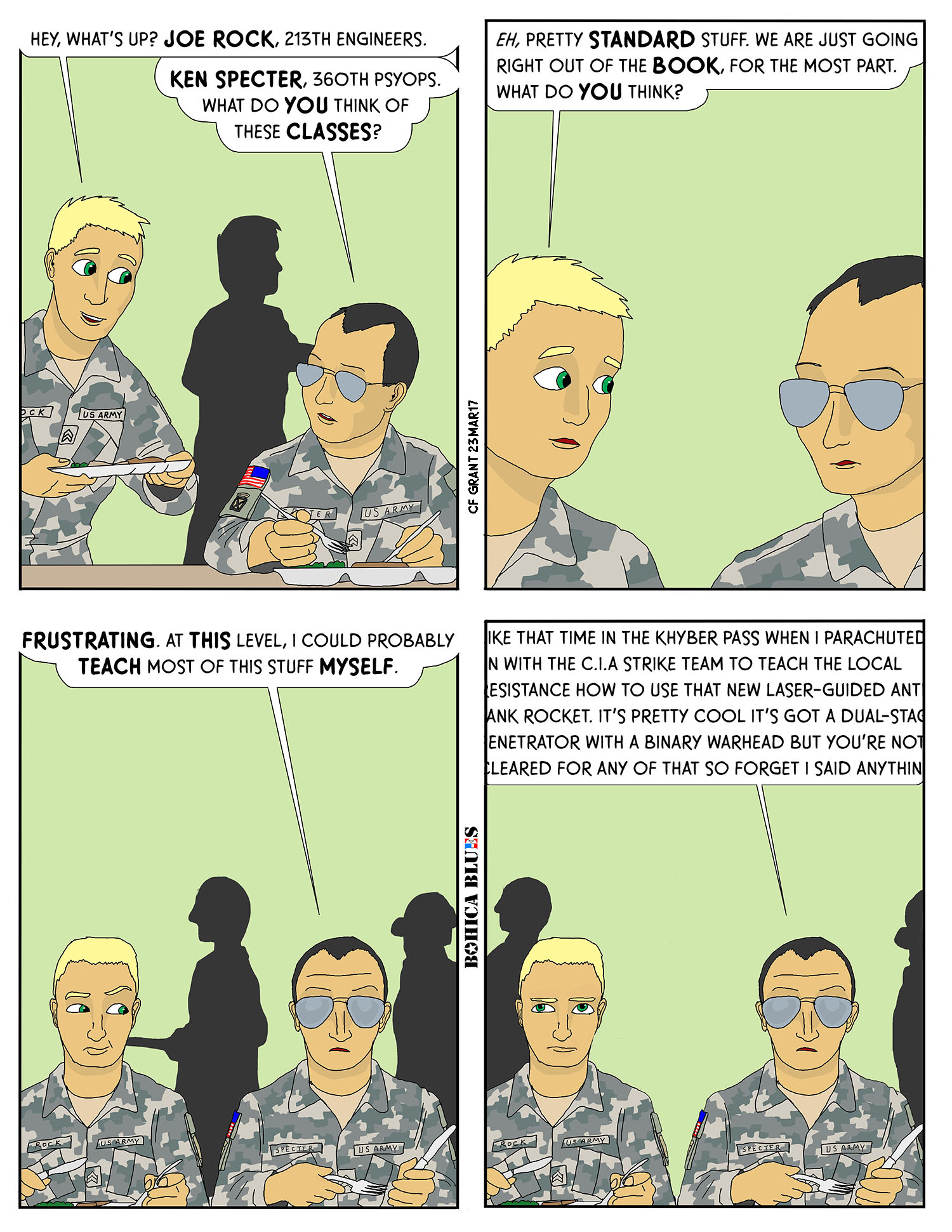 So the first one Joe goes to meet is Ken Specter, and he’s the one I call the “Super Spook”. The Super Spook is the guy in the course who has somehow managed to be on the team that masterminded the takedown of Osama bin-Laden and gone on every covert “black operations” mission in Central Asia and Africa and “other places that can’t be mentioned”. He’s done all this even though he is just now being sent to the basic level leadership course. Of course, he may admit that he wasn’t the “leader” of these missions, just a spear-carrying grunt, but still.

Now it’s true that lower enlisted people and even certain select Reserve and Guard units do, in fact, do some top-secret, high-speed stuff, but if you’re not supposed to talk about it, why talk about it? I meet these guys from time to time and my policy is to smile and nod my head, because apparently it is important to their sense of self to put on this image of the super SPECOPS warrior, and nothing is gained by challenging them. I’m not paid, or directed, to care if someone is spreading self-aggrandizing stories in an environment where those stories (or disbelief in them) carries no adverse affect on the task at hand. Besides, as a writer, I like listening to some of this stuff since it gets my imagination going for fiction.

And of course, there’s always that very slim chance that they might actually be special ops dudes, in which case, carry on.