Voices In The Mist 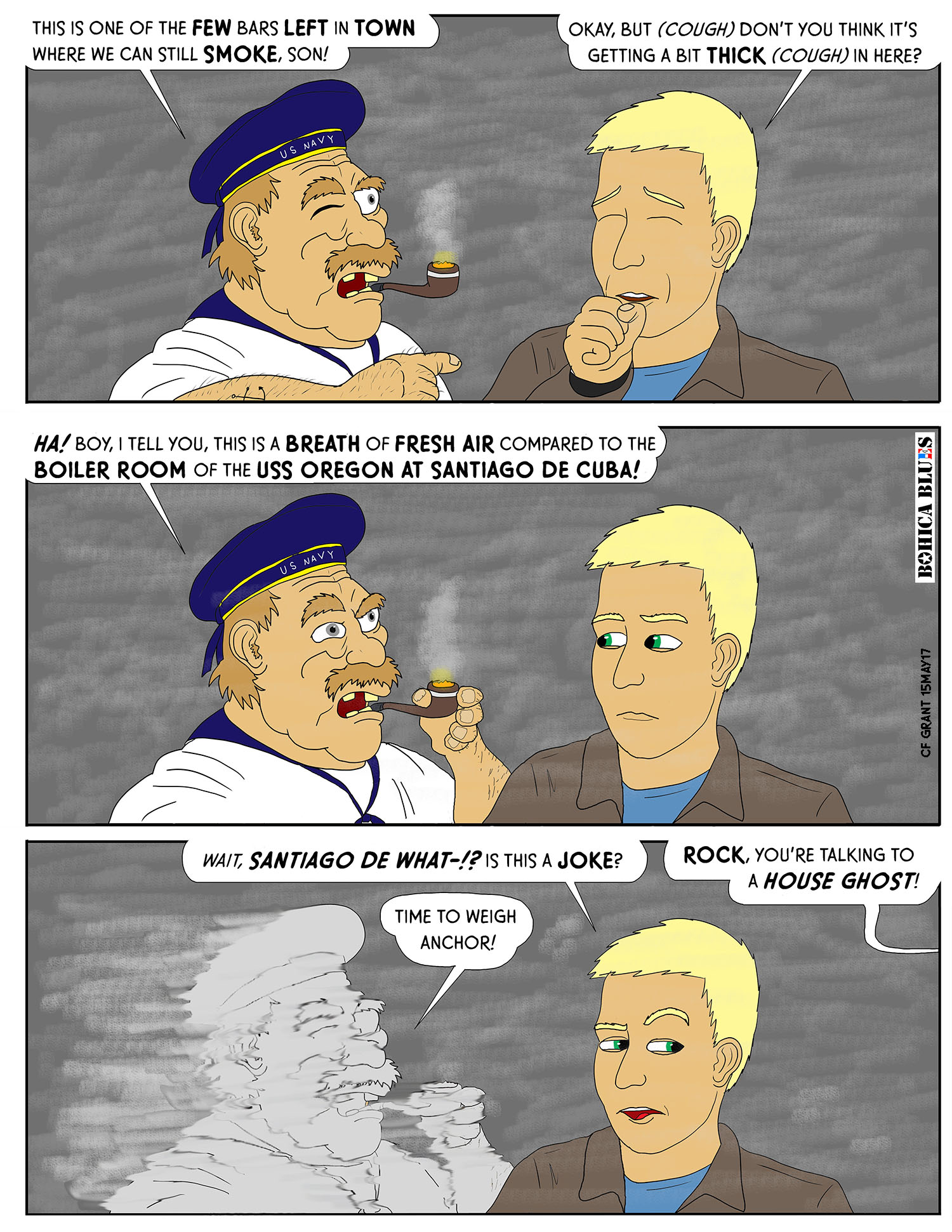 Voices In The Mist

So Joe is talking to someone in the VFW hall… or is he just hearing voices in the mist, seeing things that aren’t there? I enjoyed experimenting with the “blur” and “smudge” settings for the ghost effects on this one.

I also like the idea that the four branches of service are like the individual houses of wizarding magic in “Harry Potter”. Each VFW Hall would have a House Ghost for each of the branches of service represented. In this case, Joe happened to end up talking to the Navy’s House Ghost, a crusty old boilerman from the USS Oregon that fought at Santiago de Cuba in the Spanish-American War. The battle at Santiago de Cuba, with the US and Spanish fleets in pitched battle between ironclad dreadnoughts, was the only truly significant naval battle of the war, but it was apparently quite a ferocious fight– everything a naval clash between steam dreadnoughts should be.