Not Even A Sock 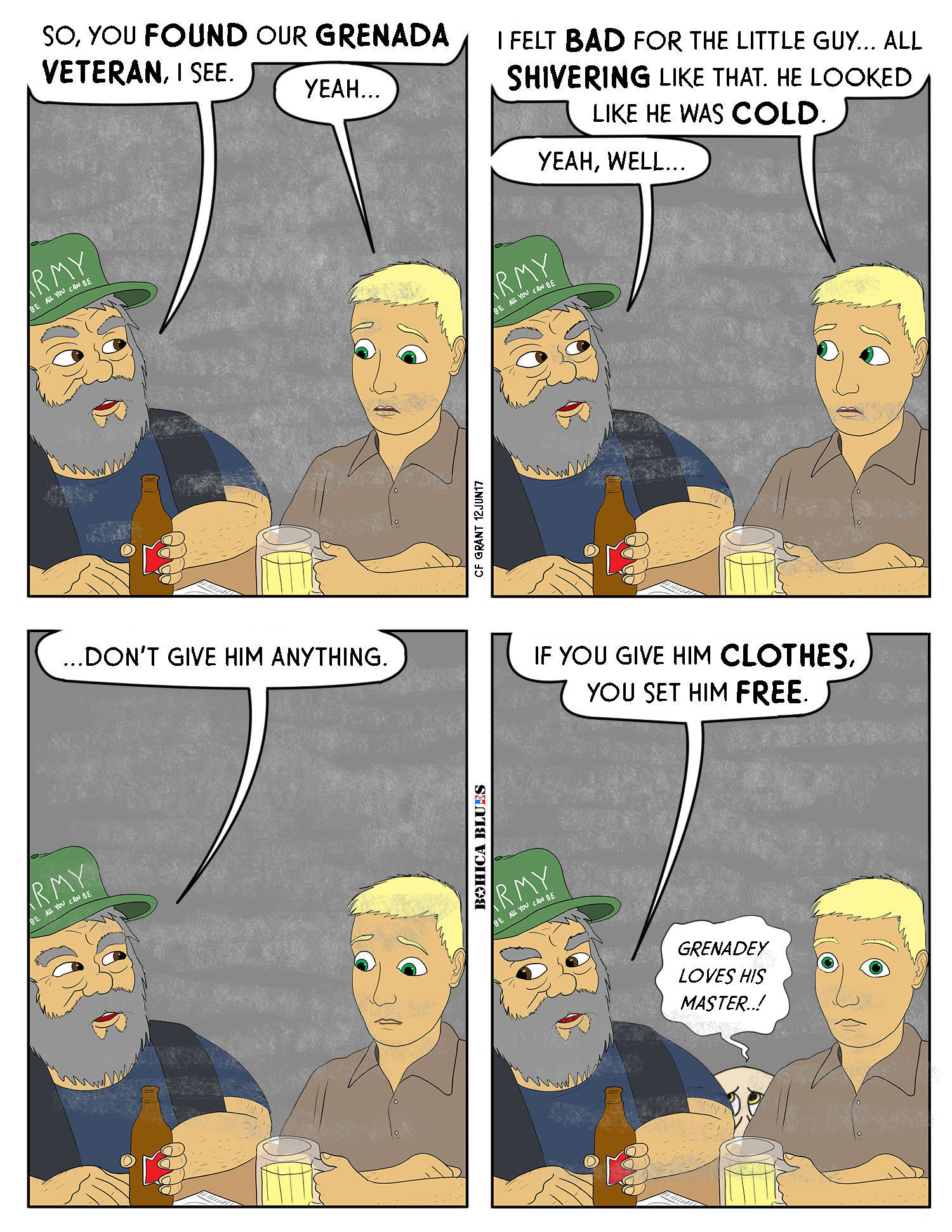 Not Even A Sock

Some more VFW fun. There is something about the psychology of groups that seems to be constant and yet kind of strange. When the Vietnam veterans first returned from their war, it is said that their presence at the VFW was not welcome. However, they eventually were accepted and indeed they now comprise the bulk of VFW membership. It can be argued that this was a practical move on the part of the VFW; either accept the Vietnam veterans or see membership die off with the last of the World War Two and Korea veterans (and indeed, the Korea veterans weren’t welcome first as well, either, since “their” war wasn’t truly a declared “war”, and it ended in a stalemate).

But the Vietnam veterans were accepted, and became integrated into the group identity. Then, the Grenada veterans came and of course they weren’t in a “declared” war, and their combat only lasted a week at most. The Vietnam veterans reputedly were as uncertain about the “new” veterans as the World War Two and Korea vets had been about them. And so the weird initial alienation of each new group was renewed. This isn’t limited to the VFW in particular or veterans’ groups in particular; it seems that every new group that comes into a society isn’t fully accepted… until an ever “newer” new group shows up later, and becomes the outsiders… and the cycles continue.