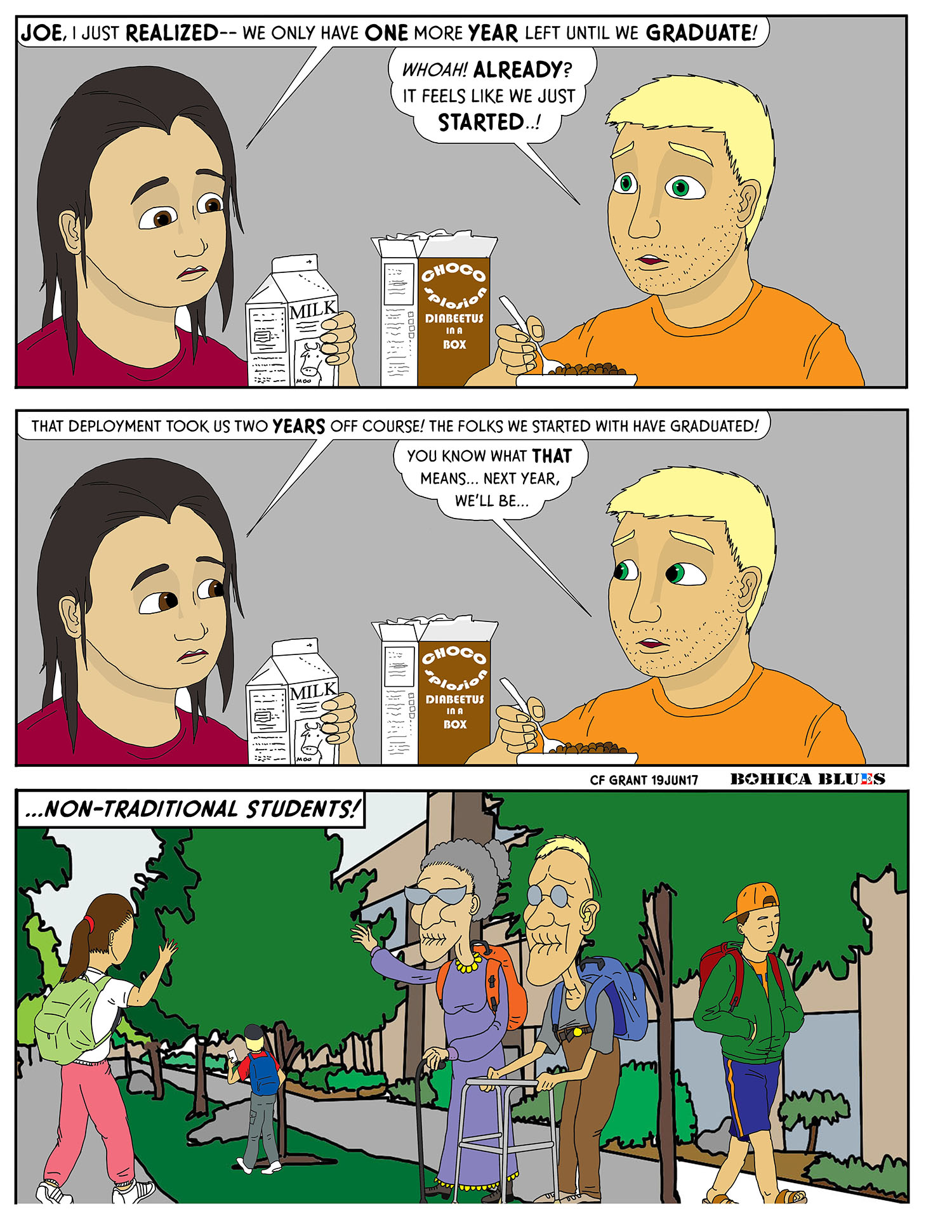 Well, technically, they were “non-traditional students” as soon as they got back from Iraq and went back to University. They just went back into their routine without even realizing it, until now: Joe and Juni both had two years of University when they got deployed, and they were in Iraq for two years– so everyone they had been Freshmen with when they started just graduated.

That’s one of the things that a deployment cycle does to people in the Reserves and National Guard– a college year behind, maybe two, and before long you’re out of synch with your peers, and when you graduate you’ll be competing with people years younger than you. Now, in some cases, that’s a potential advantage: a potential employer may see a fresh college grad as still a bit of a “kid”, and like the idea of someone who’s seen a bit more of the larger world. But then, of course, a “kid” can still be influenced and trained, whereas a military veteran may be seen as more set in their ways and harder to mould into the type of worker that is desired.

Perhaps overall it is “six of one, half-dozen of another” but sometimes you can feel like you’ve been placed at a disadvantage academically. Me, on the other hand, I was a “non-traditional student” from the start. I had just finished a twelve-year “sentence” of public education and was freshly paroled; the idea of going back into an institution by choice filled me with dread. It was seven years later when I finally decided to “give it the old college try”. Of course at that point a person knows from the start that they are “non-traditional students” so it won’t seem like such a big hurdle.

Overall, my personal advice is this: don;t go to college or university because you feel obliged, or because it’s “expected” or just out of lack of any better ideas. Go when you’re ready, otherwise the money and time is mostly spent spinning your wheels, trying to be an answer looking for a problem.  But that’s just me.