You Know You Want To 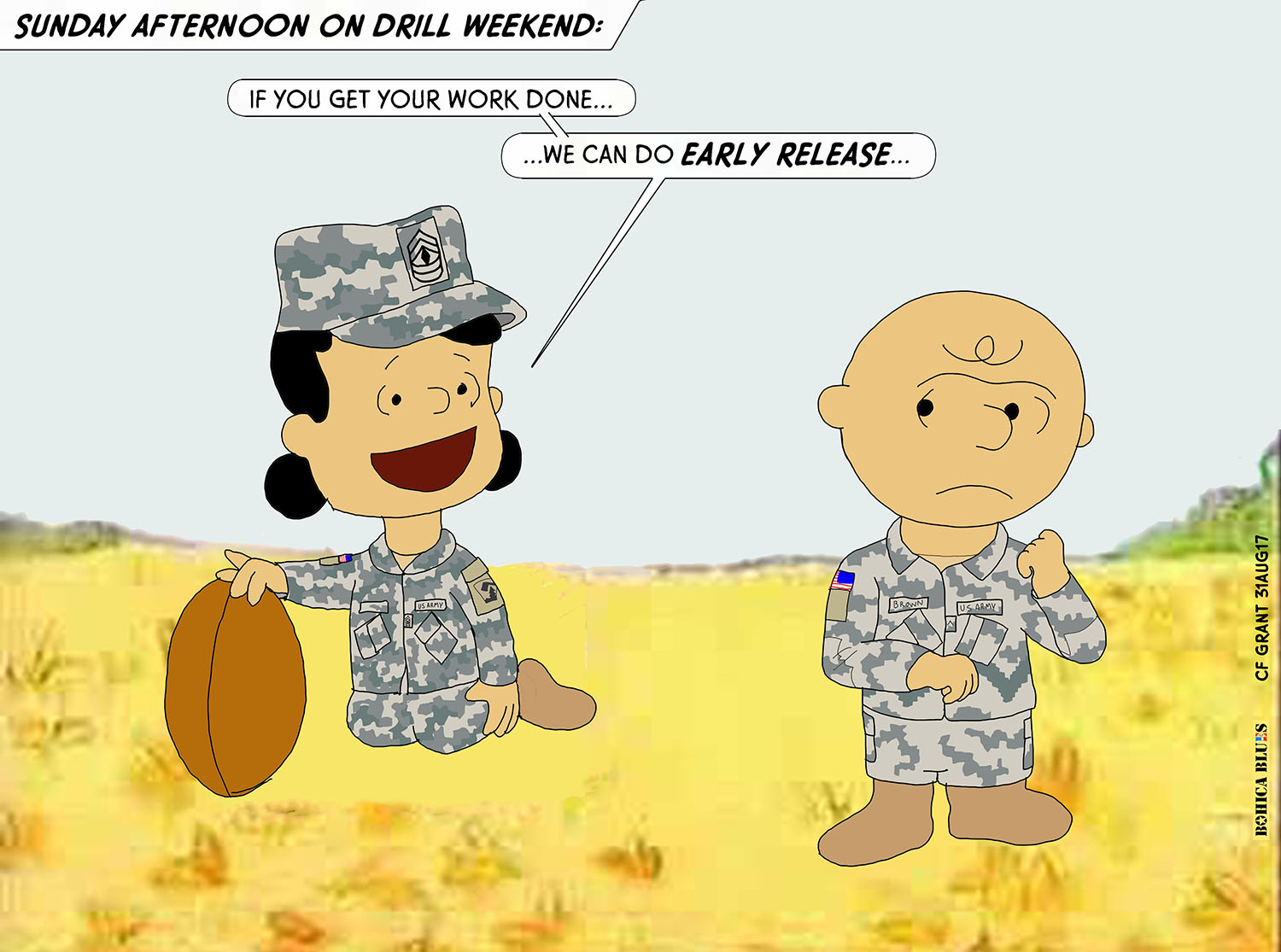 You Know You Want To

Almost every Sunday, the powers-that-be dangle this promise before their troops, and almost every Sunday, the troops fall for it. If you’re scheduled to be released at 1600 (4 p.m.), and they release you at 1545 (3:45 p.m.), then they have fulfilled their promise but probably gotten some turbocharged effort from you in the meantime.

I have to admit, way back in the day –when, in fact, I was in the very Army Reserve Combat Engineer unit this comic is based on– we had the opposite problem. Sunday would drag on and we’d be cleaning weapons that were already spotless, but they had been turned away by the armorer several times. So we just dug in, in a battle of wills, until well past 6 p.m. But they never did that “early release” thing with us, so points for honesty.

But in the years since, I have been in units that did that “early release” thing. At first they were unbelievably honest with their promises, at one point getting out at 2:30 in the afternoon. But over time, the parameters of “early” release slipped back a bit more, and a bit more, until it meant any time that was still 5 minutes short of the schedule release.

So remember the words of your inner Admiral Ackbar: “It’s a Trap!”