The New Tune You Will Dance To 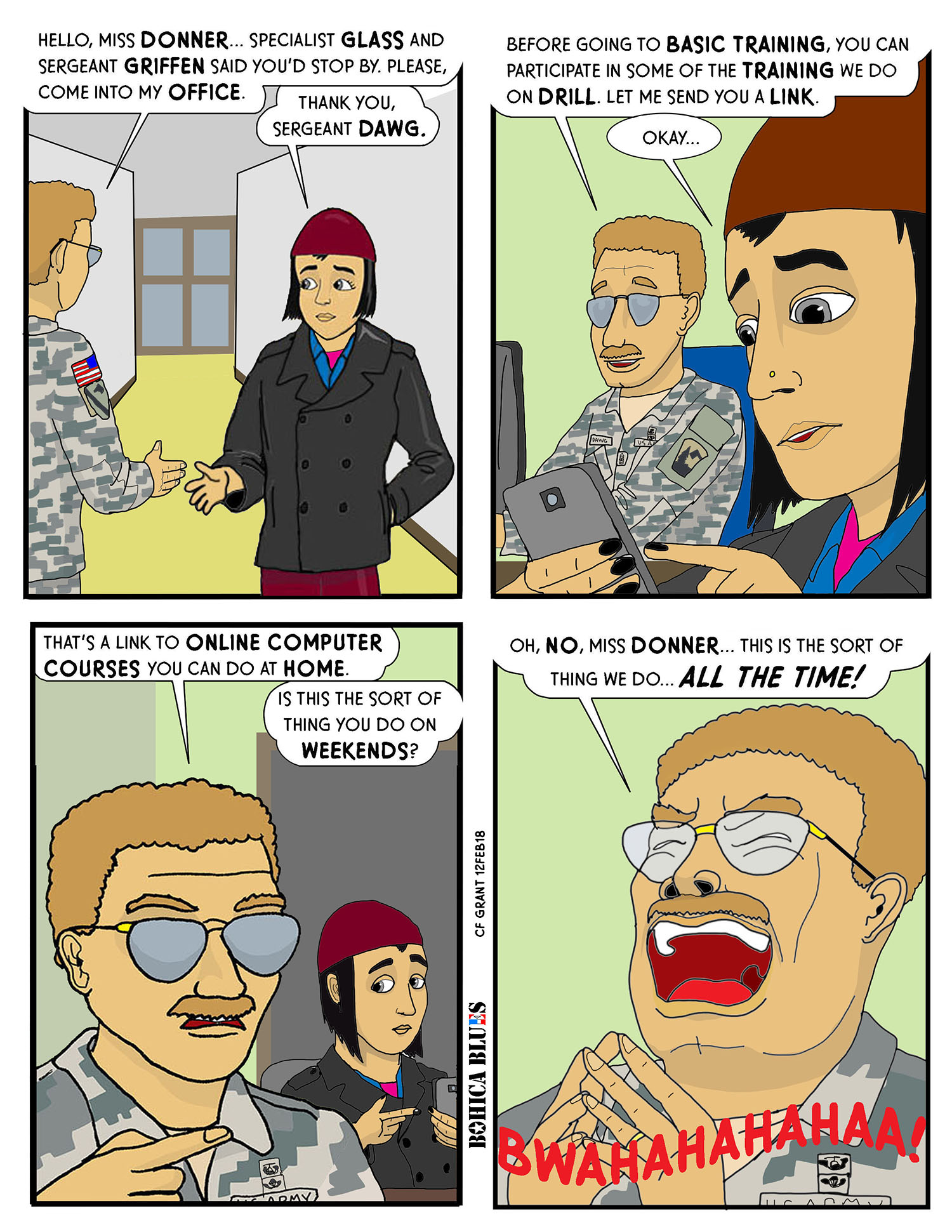 The New Tune You Will Dance To

Looks like 1st Sergeant Dawg’s time at the Sergeants-Major Academy may have affected his mind in ways he had not foreseen. He is starting to take too much joy in assigning online training. Or, maybe he just decided that of the system can’t be beat, may as well just roll with it.

One thing that is sort of interesting about joining Reserve and Guard units is that prospective recruits are allowed to attend Drill Weekends before they have gone to Basic Training. They get a taste of the life and pick up on a few skills before going to Basic, where they should keep quiet about their experiences unless they want to get harassed by the Drill Sergeants for being “know-it-alls”. But that’s another thing entirely.

The Army at least (and I’m sure other services as well) also try to reach out to recruits with video games, so it only seems logical to predict that other online tasks will be assigned as well. In the case of Army video games, it may seem like a dream come true to be assigned to play a game, but the Army can take all sorts of things that sound cool, like riding in heavy armored vehicles and shooting firearms– and turn them into onerous tasks.

At least Nikki can say that she got an idea of what life in the Reserves was really going to be like. I just hope 1st Sergeant remembers that he shouldn’t lay it on too thick just yet since she could still back out.