Just the One Army, Please 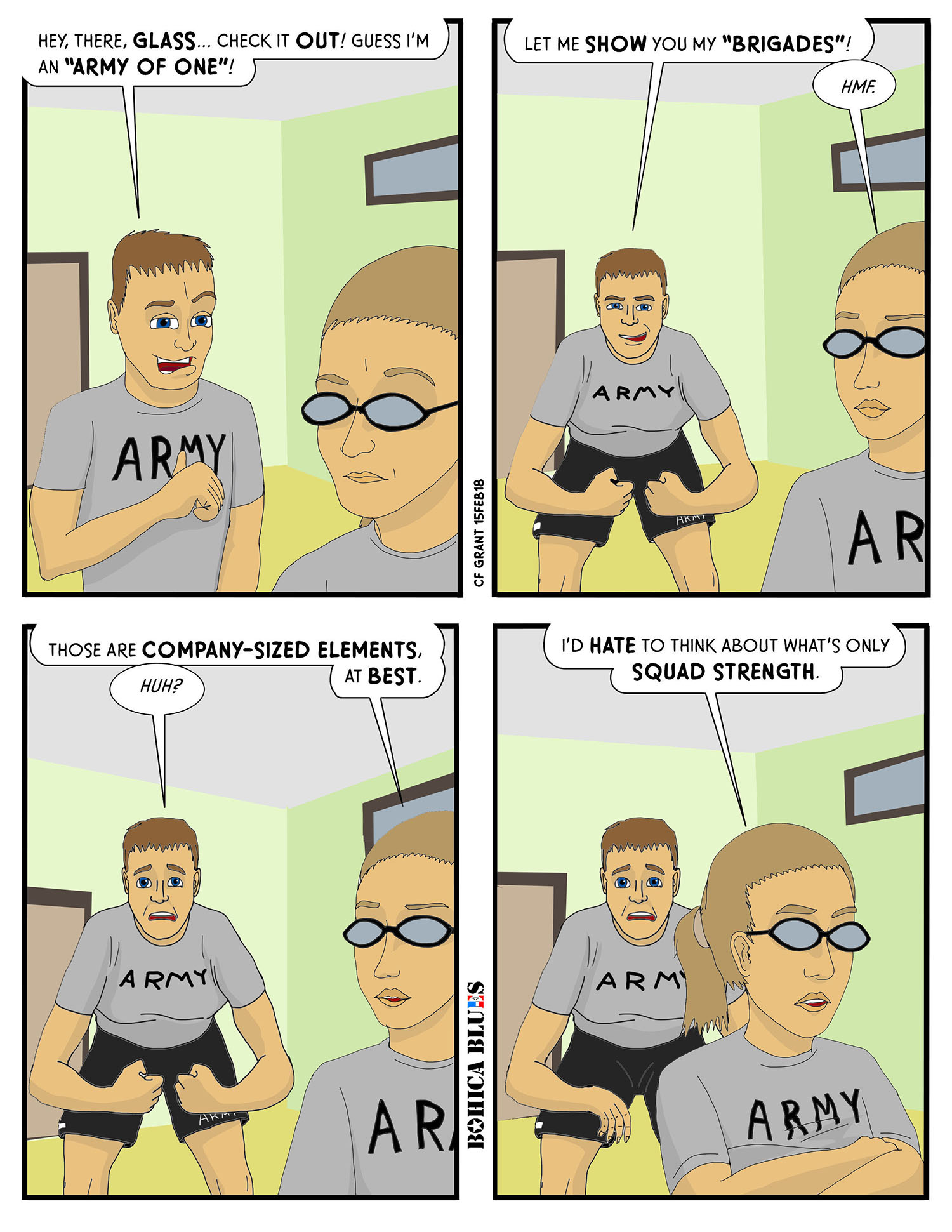 Just the One Army, Please

I remembered that the BOHICA Blues storyline takes place 10 years in the past– so it is 2018 now, but 2008 in the comic. That means that the Army was still using the “Army of One” recruiting slogan; one of the most puzzling and ridiculous slogans in recent memory. It makes the late 1970’s slogan of “Join the People Who’ve Joined the Army” look like Hemingway by comparison.

And we still have “Skeeves”, formerly “Sergeant Skeeves” before he got busted down to “sub-private” for sexual harassment. He’s still around and still, well, Skeeves. In all his skeevy glory.