The Troops You Meet During Combatives 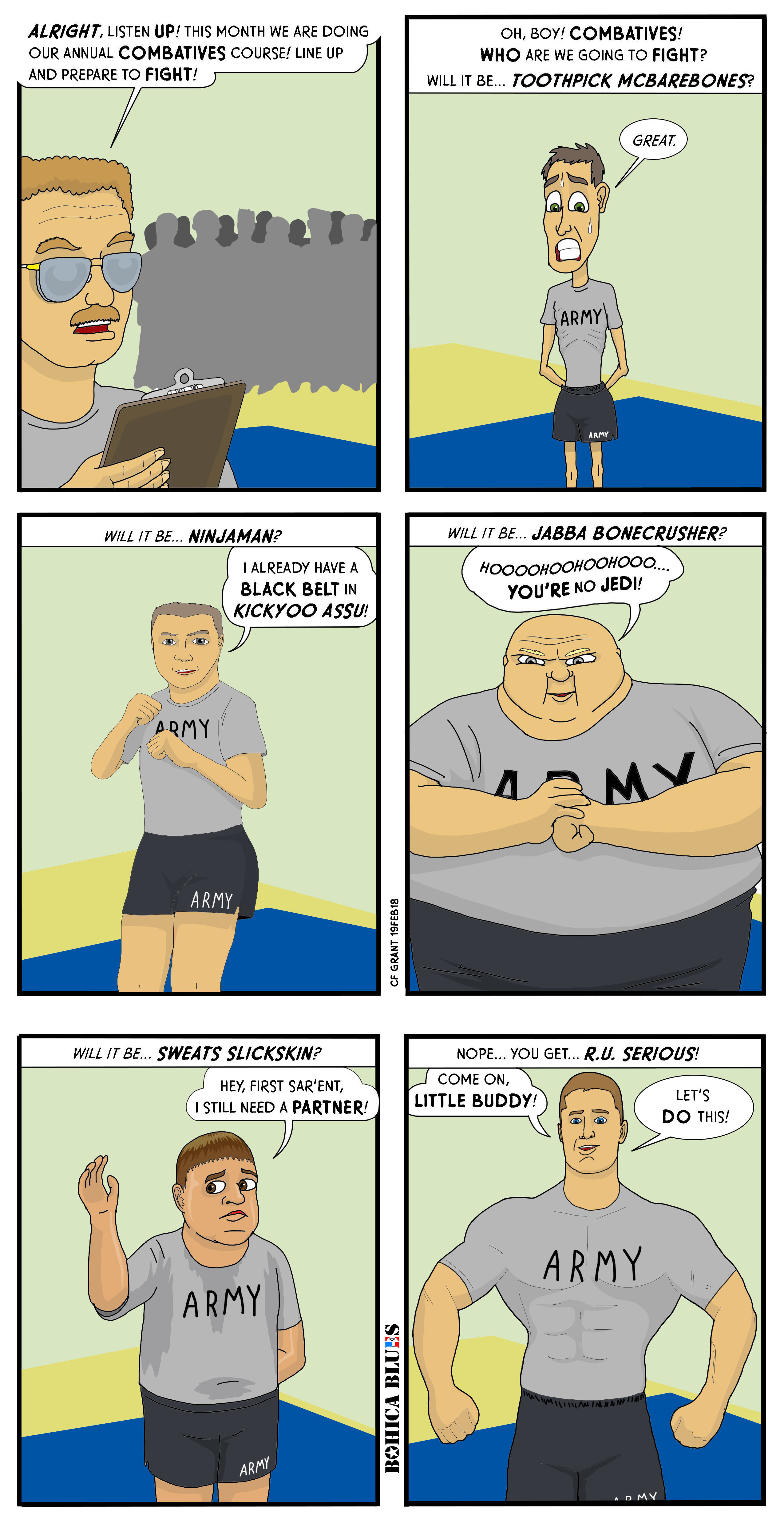 The Troops You Meet During Combatives

The Army has its own martial arts, called “Army Combatives”. Like a lot of modern martial arts styles, it combines parts of different disciplines, including wrestling, and tries to synthesize it all down into one style that suits the Army’s needs. Also, like pretty much every other martial arts styles, there are multiple levels of accomplishment and skill, and you need to work within these levels to achieve any sort of mastery.

So, of course, we devote one single weekend each year to re-learning the barely remembered basics we studied the previous year. So we end up doing “Introductory Level 1” stuff over and over again, and it is pretty much all wrestling. The Army (and admittedly, a lot of other styles I’ve heard of) seems to feel that all hand-to-hand combat that goes on long enough will eventually devolve to wrestling, and when you’re on the floor is when you’re simultaneously the most vulnerable while also having some pretty good leverage –if you know how to use it.

Every time we square up for combatives, though, you always start to meet the same people in your unit that you never noticed before. Poor ol’ Toothpick McBarebones is in for a rough day, and neither he nor the person fighting him are going to make a lot of progress.  Or you get the Ninjaman, who has already studied sixteen different martial arts styles on his own and has three black belts and is training to be an MMA cage fighter. Good luck with him!

There’s always Jabba Bonecrusher, who pretty much just has to lay on you and you’re tapped out. Sweats Slickskin– does he have a medical issue? But it’s like he’s covered in a fine sheen of oil that makes it both impossible and kinda gross to grapple with him. And finally, there’s the guy that I always seemed to get squared up with– Mr. R. U. Serious, the guy made of pure muscle, and to make matters even more funny, I’m always told to start the round in a position that indicates that I have somehow overpowered this guy and put him on the ground, and now he has to fight his way out of my tyrannical grip.

There’s nothing like Army Combatives to instill in someone a rich imagination.