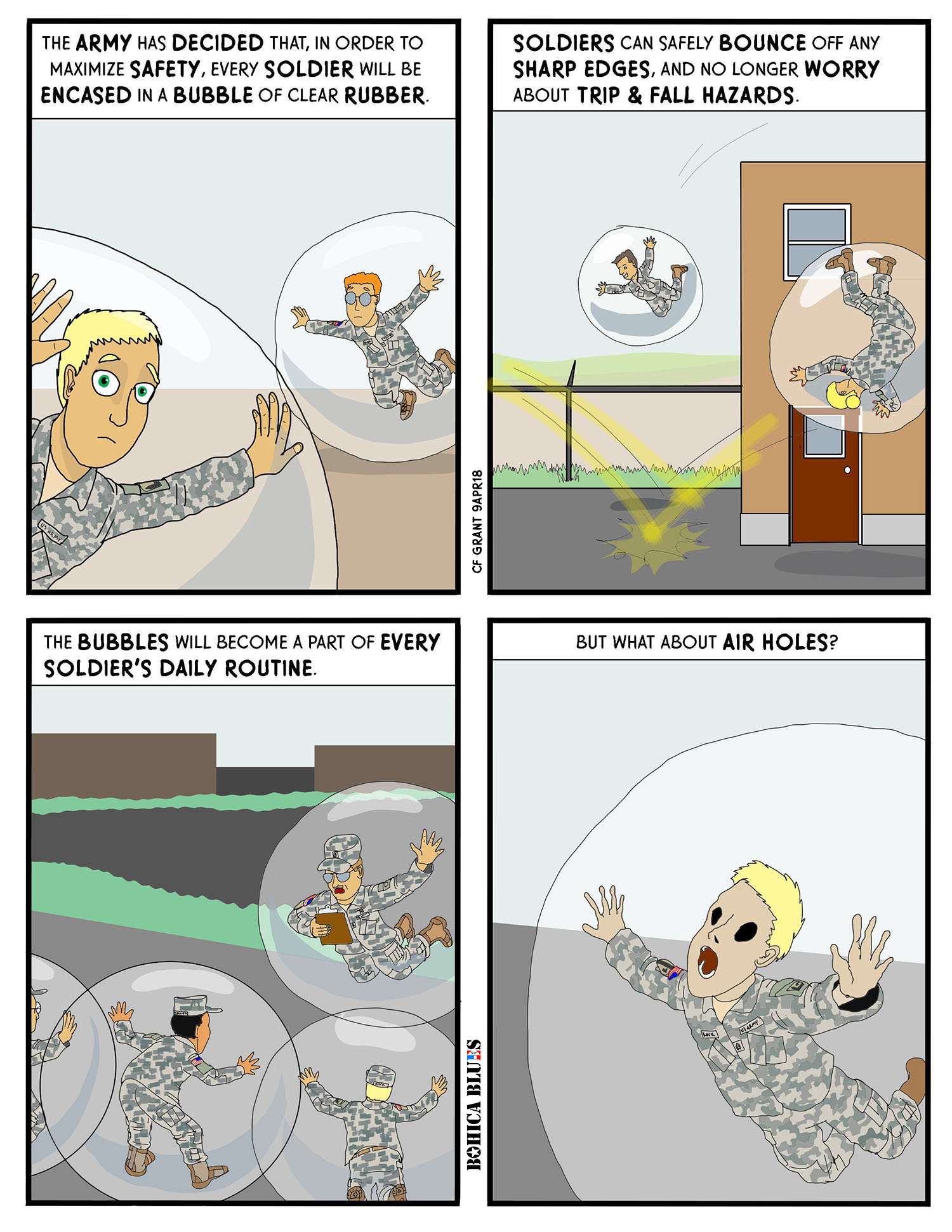 The Army –in fact, all the armed services– are HUGE on “safety”. We constantly get classes, and have briefings, and go through extra steps to ensure that safety measures are followed. Sometimes we do things that seem over-the-top or even downright ridiculous (the constant presence of bright, reflective PT belts, and comics that make fun of them, are just one example). There are even appointed “safety officers” in most units, making sure policies are followed.

The whole thing seems kind of strange, given that we’re an organization devoted to literal life-and-death danger. Of course, at some level troops probably feel reassured that their safety from foolish things like accidents are largely assured, but still the disconnect seems strange sometimes. And there is some truth to the notion that many losses during combat don’t come from combat itself, but accidents and disease– which affects unit readiness as surely as if people were taken out by enemy fire.

I’ve joked sometimes that the Army will one day require us to file down all 90-degree corners until they are roundedvoff, coat them in Nerf, then cover all soldiers in balls of soft rubber… and they’re probably screw that up, too.