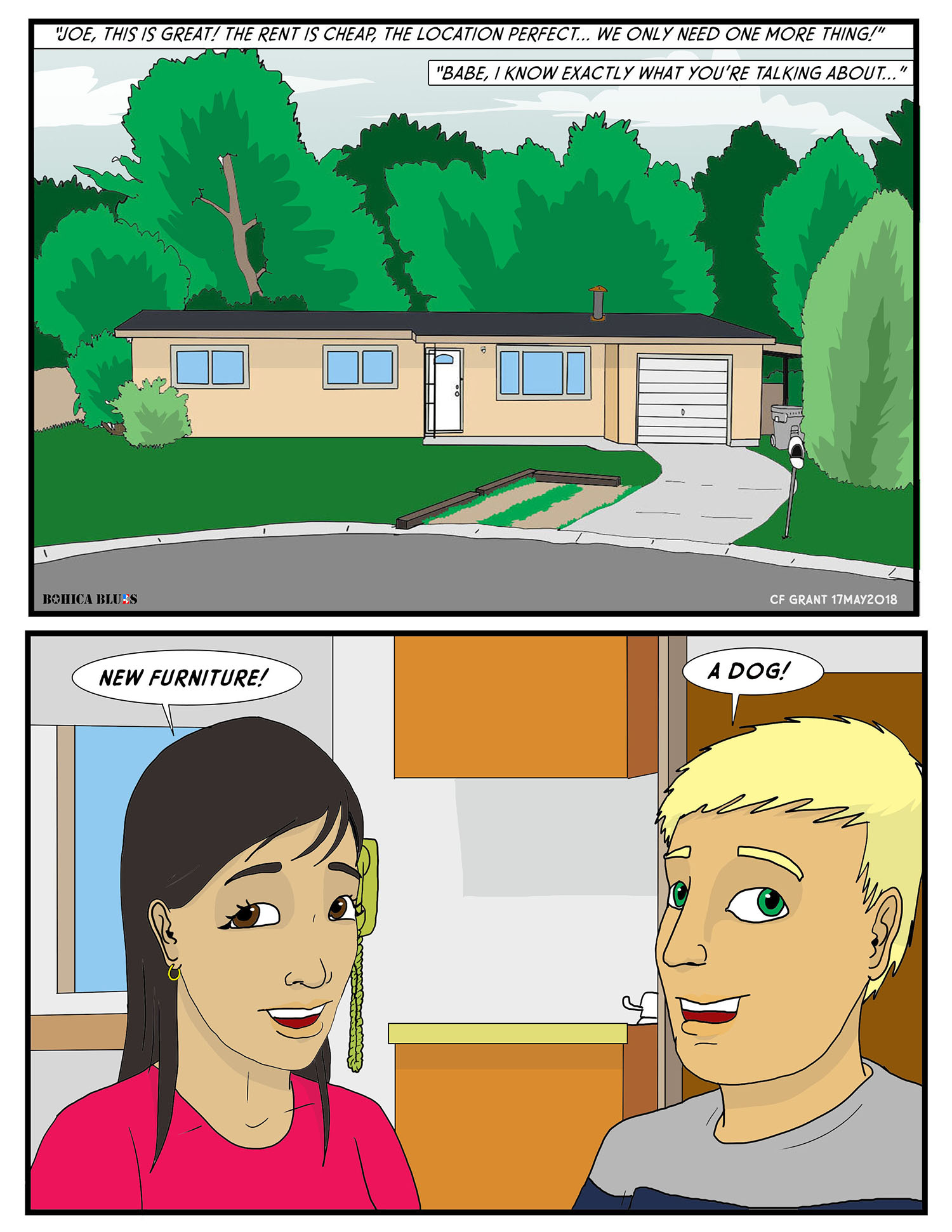 As usual, people can look at the same thing and come away with different interpretations of it. It’s sometimes called “the Rashomon effect”, named after a famous Japanese movie filmed by director Akira Kurosawa. In the movie, three different people from three different backgrounds observe an event, and they meet up later and each describes the event from their own point of view– and each has interpreted it in very different ways, even though each of those interpretations are all technically correct when you consider the points of view of the characters involved.

In this case, Joe and Juni are renting a house together and the house represents potential. They have more space than their old student apartment, and a yard. Each comes to their own conclusions about where this new potential can take them.

In case anyone was wondering where they are getting the money for this, Juni has a job that pays well, and while Joe is searching for work he hasn’t found any yet. Both are getting some help from their parents, but of course both are also now facing college loans. The financial strains aren’t really impacting yet (the 2008 recession hasn’t hit in the story so far) but there will be concerns eventually.