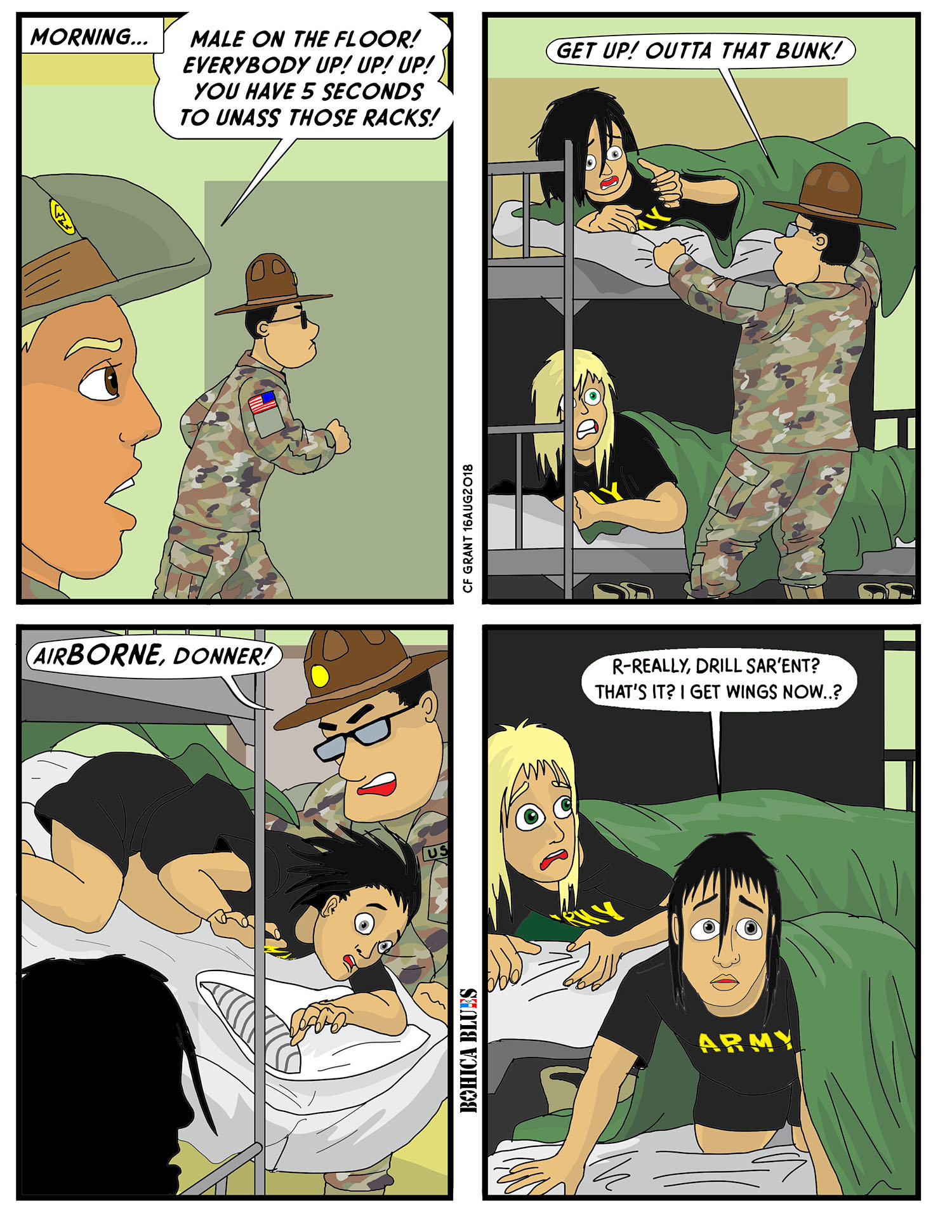 A great deal of mystery and awe surrounds groups like “Airborne”, “Air Assault”, “Rangers”, and of course “Special Forces”. A lot of trainees signed up for those special groups and were at least guaranteed the training, if not a position in those coveted units. A lot of mythology went into what the training was and what you’d have to do in it, none of which we had even the faintest clue what we were talking about at the time.

In this case, I am relating to an incident that happened early in my Basic Training cycle, fortunately not to me but to a guy on a top bunk directly across from me in our bay. When the lights came on at what was to become a normal (if ungodly) hour in the morning, one guy blinked in disbelief and tried to bury his face in his pillow. The Drill Sergeant reached up and grabbed his mattress and pulled it right off, and sent him plummeting to the floor. The mattress was underneath him, and so he landed on that, so there was no injury but the effect was electrifying on the rest of us. We were out of bed pretty much immediately.

Now, I don’t think this would be allowed today– too much risk to injury to the Trainee. Also in this comic I already have people making the shift to sleeping in their PT gear, which was something it took us about two or three days to clue into. We’d get up super early and have to go out to begin morning physical fitness so quickly that sleeping in your PT gear was the norm. At first people still tried to continue “normal” practices like sleeping in underwear and trying to change into PT gear before giving up and just sleeping ready.

I look back on those days and shake my head in disbelief at how remarkably unhygienic we were under the circumstances; at the end of each morning our PT gear was soaked with sweat and we’d maybe peel them off in the shower later and squeeze them dry, then hang them up in the lockers to dry before putting them back on in the evening to repeat the process. A lot of times we just took them off and hung them to dry and re-donned them in the evening with little thought to rinsing them out since we were so tired and overwhelmed.